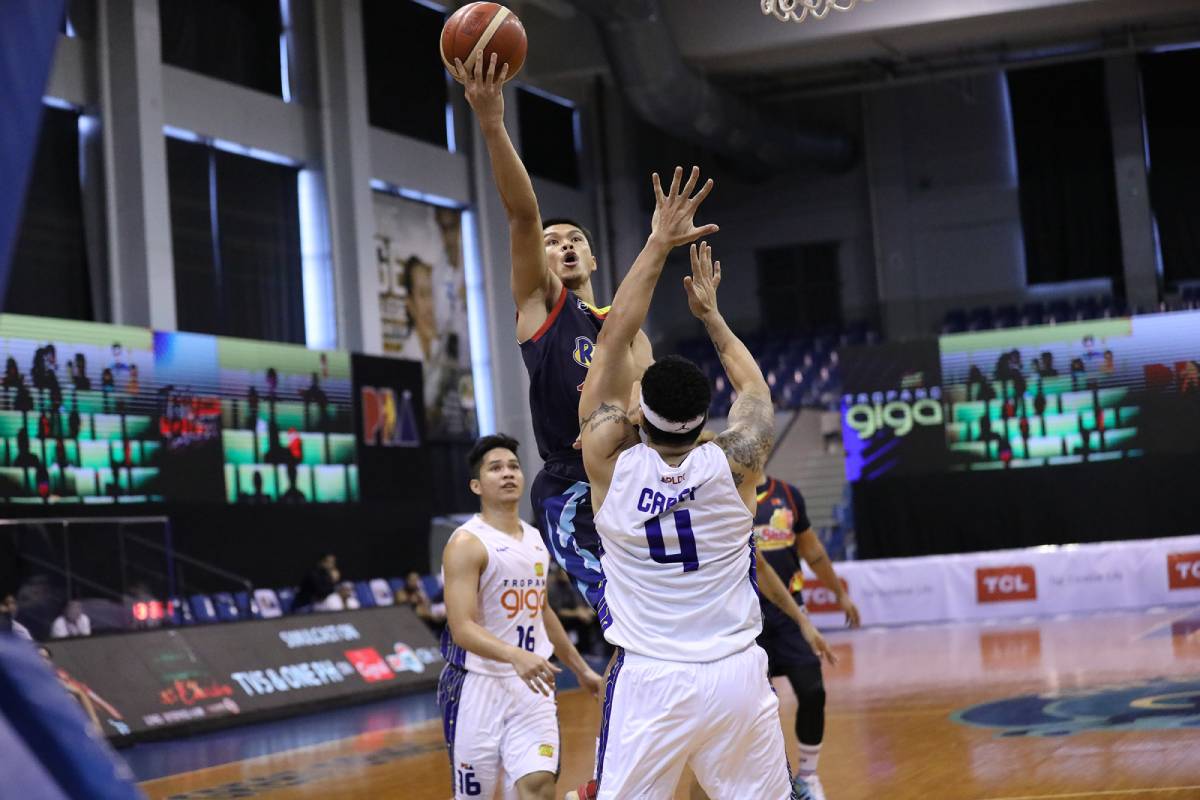 James Yap was at the forefront of the Elasto Painters’ strong start as he poured all of his 16 points built on four triples before fellow Gabe Norwood, Kris Rosales, and Javee Mocon stepped up in the endgame to avert a collapse.

They will now join Barangay Ginebra, the Tropang Giga, Phoenix Super LPG, San Miguel, Alaska, Meralco, and Magnolia in the last eight as NLEX, Blackwater, Terrafirma, and NorthPort will leave the bubble soon.

The win is definitely a heartbreaker for the Road Warriors, who were hoping for a shot at a playoff for the no. 8 spot provided that the Elasto Painters will lose versus TNT and the Fuel Masters while they beat the Dyip.

“We know Talk ‘N Text right now is in the top four. So sabi ko baka mag-relax ‘yan sa simula, and we don’t know the quotient that they will need whatsoever. Sabi ko we have to be hungrier than Talk ‘N Text,” said Coach Caloy Garcia.

But what appeared to be a smooth-sailing ride to the W suddenly turned into a rocky one when the Tropang Giga unleashed a 15-5 blitz — capped by a Ray Parks triple — to tie things up at 72-all with 2:14 to go.

But the breaks favored Rain or Shine when Simon Enciso turned it over, and Roger Pogoy got whistled for a foul on Mocon that put TNT in a penalty situation. Mocon made his freebies to give his side more breathing room.

The Texters, however, would tie the game up again with less than a minute to go when Poy Erram made a tough leaner off a foul from Beau Belga, who was then booted out of the match as it was his sixth and last foul.

Erram, though, would fail to convert the three-point play that could’ve given his side the lead. Norbert Torres, meanwhile, was fouled on the other end, and he split his charities to put Rain or Shine up once more, still 50.6 to go.

TNT had a chance to take the lead but Norwood managed to steal the ball, and he would throw it to a charging Rosales for an easy lay-up with 36.3 seconds left that gave the Elasto Painters a 77-74 lead.

Troy Rosario was then whistled for an offensive foul on Rosales, and would foul Mocon shortly after. The sophomore forward would go on to sink his freebies in the final seconds to seal the much-needed win.

The Elasto Painters will play the Fuel Masters tomorrow, Wednesday, at 6:45 p.m. with the hopes that they could still end up among the top four teams, which will be armed with a twice-to-beat edge for the quarters.

“It releases a lot of pressure, especially from the players’ side. Like I said, tomorrow it’s gonna be a different day,” Garcia said. “We’re still looking to win kasi syempre possibility mo mag-top four pa eh.”

Rain or Shine’s win made sweeter the milestones made by Yap and Norwood. The former tied Ronnie Magsanoc at no. 3 in the all-time threes made list with 1,171 while the latter became the 55th member of the 3,000-rebound club.

Rosario had 18 points and 10 rebounds to lead the Tropang Giga, who finished their elimination round campaign with a 7-4 card and is still very much in the running for a top four finish.