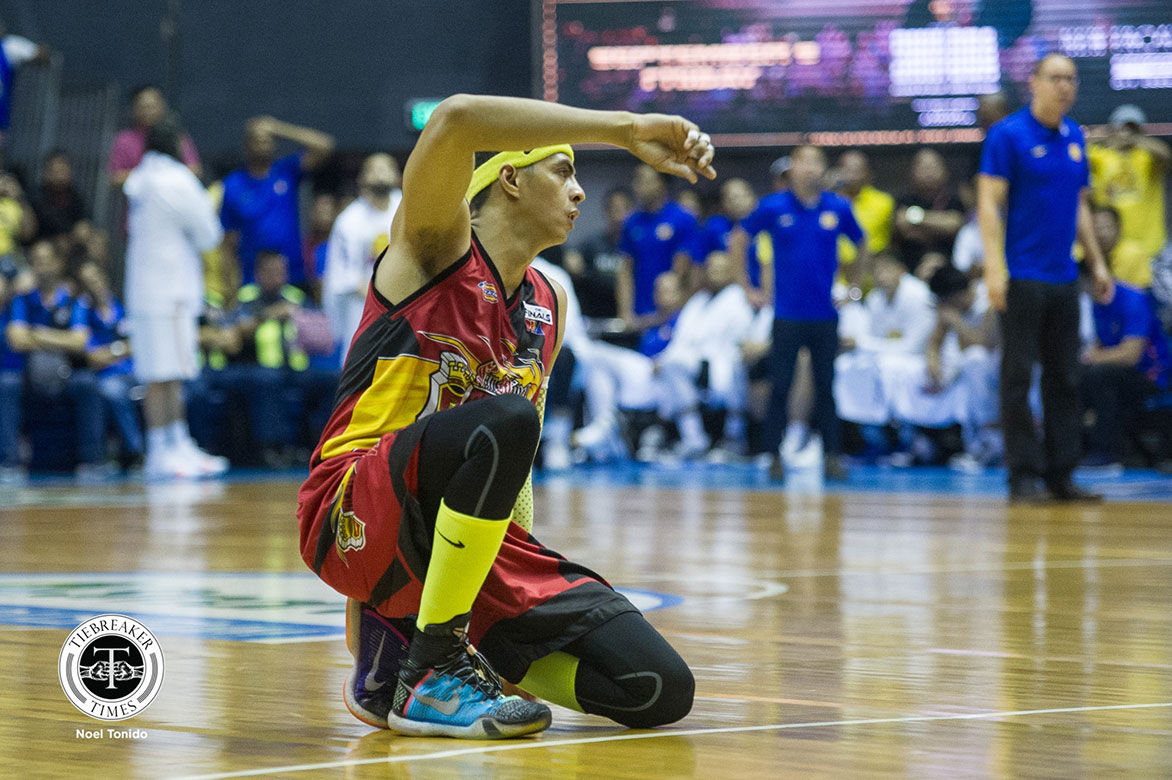 Arwind Santos and the San Miguel Beermen are at the summit yet again following their 102-90 conquest of the TNT KaTropa to bag the 2019 PBA Commissioner’s Cup title, Friday night at the SMART Araneta Coliseum.

This is the storied Beermen’s 27th championship overall and fourth Commissioner’s Cup crown – the most in the league’s rich history. This is also their eighth title under head coach Leo Austria.

But beyond striking gold again, Santos is happy to find peace of mind after dealing with another major issue.

Santos has been the talk of town lately, but for the wrong reasons. He made the news following a racist gesture he directed towards KaTropa import Terrence Jones, late in the second quarter of Game Five last Wednesday – which SMB won.

The former league Most Valuable Player has since apologized to the former NBA cager, first via Twitter on Thursday – shortly after a summons from the league – and another during the pre-game shoot-around of Game Six.

Meanwhile, Jones has already accepted Santos’ apology and said that he will not let this tarnish his stay here.

For Santos, this incident has humbled him, and he’s taken many lessons which he’ll carry the rest of his life.

After first championship, Chris McCullough vows to return if he’s not in NBA