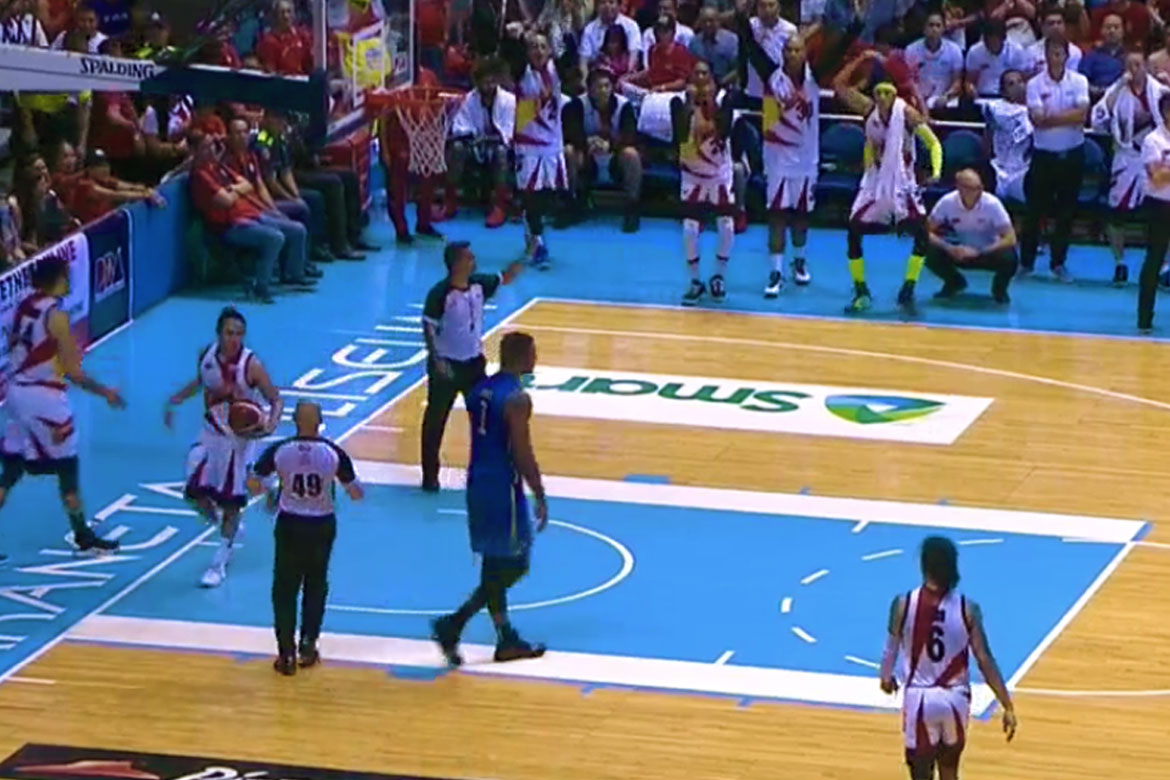 Santos taunted Jones with 1:05 left in the second frame, but unfortunately, the 2013 MVP might have stepped a bit over the line.

While Santos was on the bench, cameras caught him mimicking a monkey while looking towards Jones after the 6-foot-9 American forward committed a turnover.

The 38-year-old then admitted that he received a warning from commissioner Willie Marcial and his coaches.

“Eh pabor sa’min. Na-warning naman kami, sinabihan kami. Nakaka-intindi naman kami,” he said after their 99-94 win which put the Beermen on the cusp of winning the title it lost last year.

Santos believes that such taunts are still acceptable at this day and age. The 13-year veteran out of FEU even admitted that he had done the same during his early years in the league.

Santos then said that he faces no sanctions from the league for his actions. Additionally, when asked if he will apologize to the former NBA cager, he said he will not.