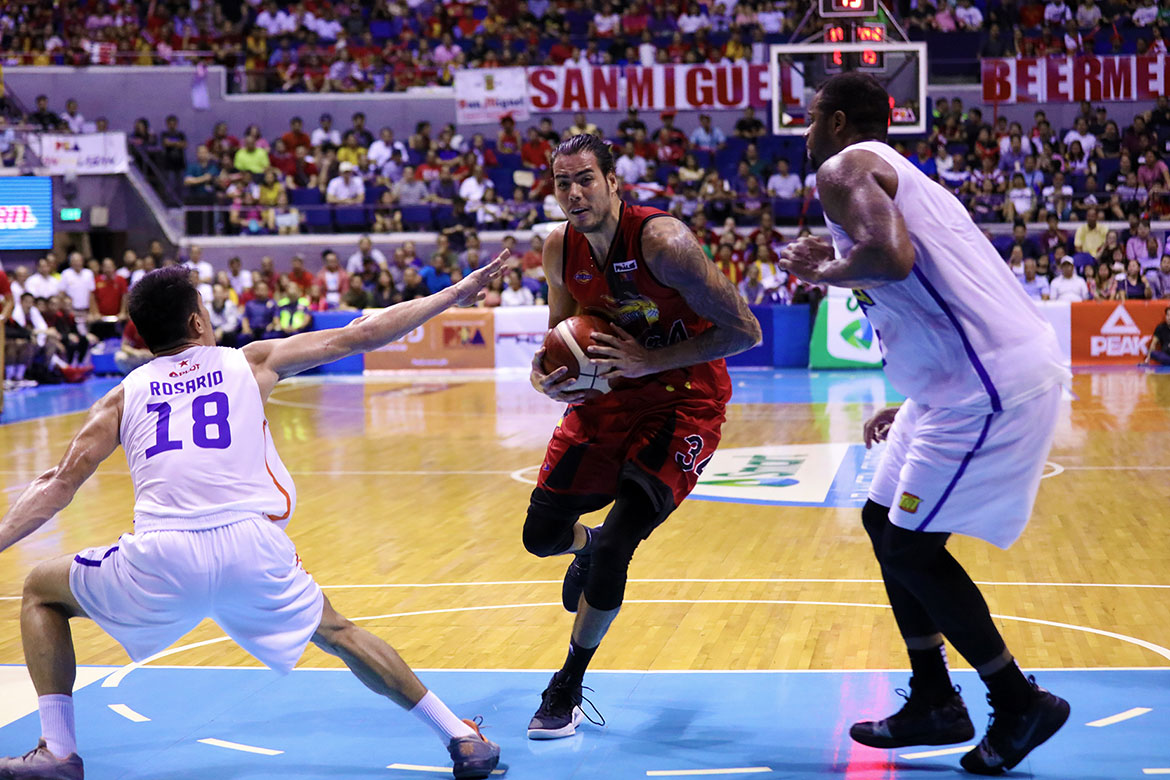 Already armed with momentum both on and off the court, the San Miguel Beermen pounced on helpless top seed TNT Katropa to take down the 2019 PBA Commissioner’s Cup Finals in Game Six, 102-90, Friday.

It was one of the toughest journeys to the championship for this batch of Beermen. They initially entered the playoffs as the seventh seed with a lowly 5-6 record.

San Miguel first had to take down the twice-to-beat NorthPort in the quarterfinals. They then outlasted Rain or Shine in the semis in four games.

But in the Finals, San Miguel showed their championship pedigree. They sprinted through last three games to secure the franchise’s 27th crown – fourth in the league’s middle conference.

And Game Six was their most impressive outing.

Despite the sweltering heat due to a malfunctioning air-conditioning system inside the SMART Araneta Coliseum, the Beermen surged in the second frame behind the duo of Christian Standhardinger and Chris McCollough.