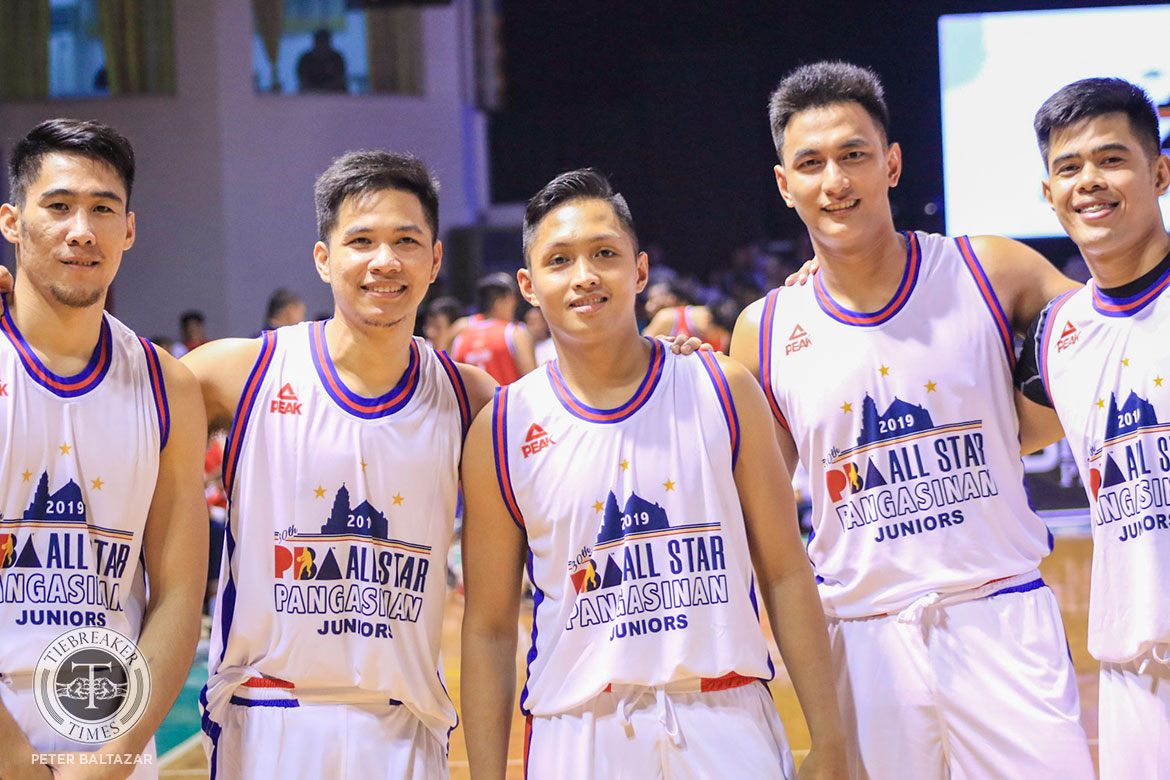 The PBA All-Star festivities have always been about bonding, and this year’s edition is no different.

Six former FEU Tamaraws are taking part in the 2019 PBA All-Star Weekend in Calasiao, Pangasinan. And they’re all extremely excited to reunite once again and relive their glory days.

All six players saw action in the NXTGEN game that pitted the Rookies-Sophomores All-Stars against Juniors All-Stars, which served as the main event of the opening day of the festivities, Friday evening.

The quintet of Tolomia, Cruz, Russel Escoto, Pogoy, and Mac Belo represented the Juniors side who had previously formed the Gilas Pilipinas Cadets team, while Raymar Jose was on the Rookies-Sophomores squad.

There was even a point where all the Tams graced the court at once, making it even more nostalgic. The last time they did the same in an FEU uniform was in 2014, during the UAAP Season 77 Finals.

When Cruz left, the quintet of Jose, Tolomia, Escoto, Pogoy, and Belo won the UAAP Season 78 Men’s Basketball crown with FEU. They also towed the Phoniex Fuel Accelerators to the 2015 PBA D-League Aspirants’ and Foundation titles.

But it was only Jose who left the Calasiao Sports Complex with a wide smile. His Rookies-Sophomores completed the comeback from 10 points down and won, 141-140, thanks to Javee Mocon’s tip-in of CJ Perez’s miss.

Those on the Juniors side, meanwhile, felt a bit of regret that they lost.

But it doesn’t matter who won or who lost. What really mattered the most was the time they spent together.

Now, if there’s another chance for the Tamaraws to gather in a similar setting, they won’t hesitate to go.