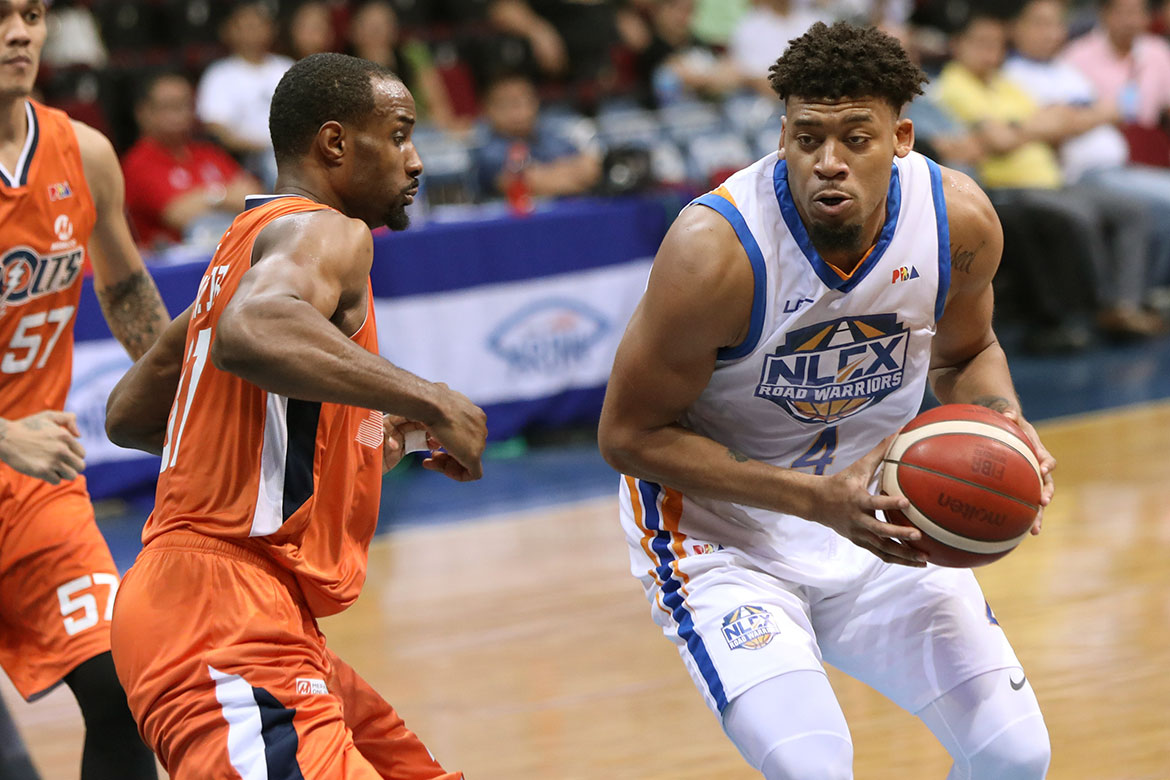 Tony Mitchell had his best game in an NLEX Road Warriors uniform Wednesday night. And it led to a result so sweet.

The former NBA pro pumped 32 points on a 61-percent clip from the field, along with 20 rebounds, four assists, and a block to power NLEX past Meralco Bolts, 100-91, for their breakthrough win in the 2019 PBA Commissioner’s Cup.

“I felt that Tony Mitchell played his best game so far for us today,” lauded NLEX head coach Yeng Guiao of Mitchell.

The 27-year-old import, however, said that the win had been due to the Road Warriors’ effort as a whole.

“I feel like it was a team effort… Jericho helps so much. And with coach Yeng back, it was good to just get that first win and change the momentum, change the morale of our team, just be positive,” said Mitchell moments after the win.

If it hadn’t been for Mitchell, NLEX would have melted down badly — their 23-point third quarter lead suddenly became just four, 87-91, with 5:28 left to play. So for the six-year pro, keeping and sustaining leads is what they should work on.

“Coach Yeng talked to us about that, being comfortable with the lead. We just gotta work to practice and work at keeping the lead, sustaining the lead in order for us to keep winning more games,” Mitchell said.

The Road Warriors have improved to 1-6 following Wednesday’s win, which means that they are still alive in the playoff race. For Mitchell, going into the next round is their primary goal now, no matter how tough the road will be.

“I don’t necessarily know how the standings go or how that works but damn hell yeah, we wanna try to make it to the playoffs,” he said. “If it comes down to it and we keep winning games, yeah, of course, we want to make it.

“We just gotta keep going day by day at this point.”