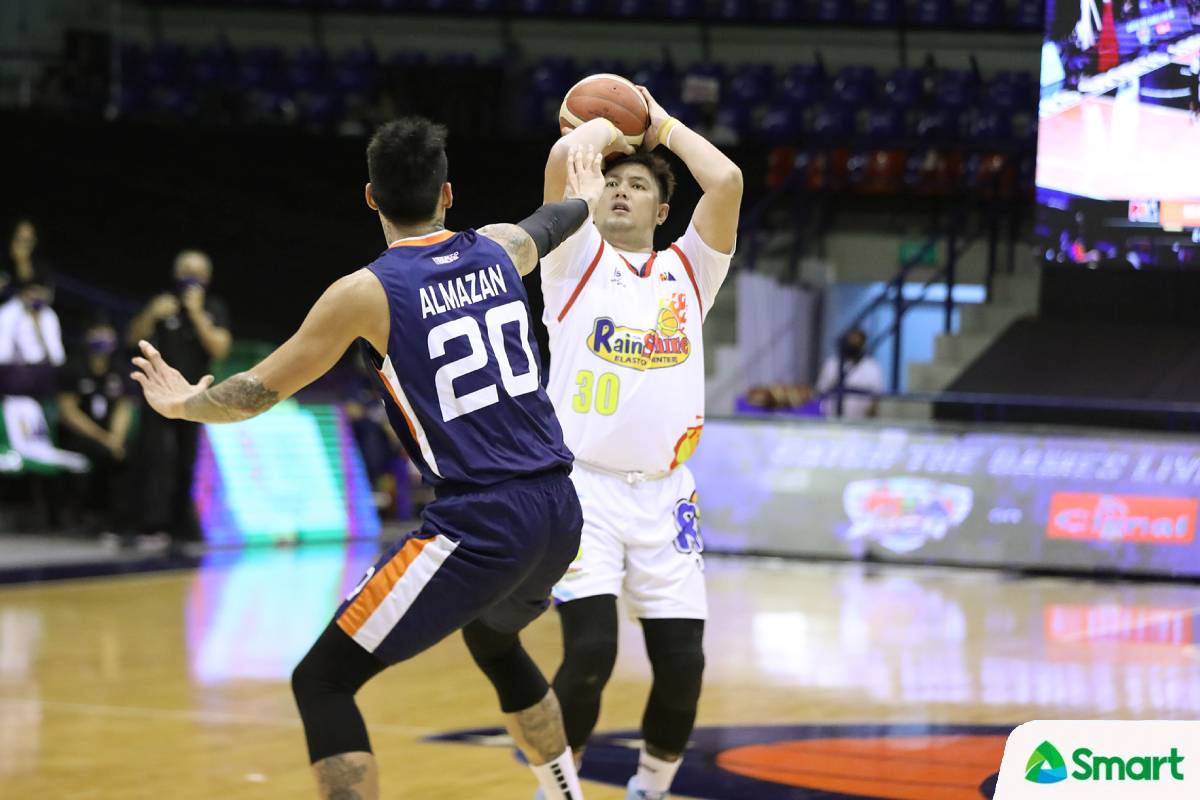 Rain or Shine ran past Meralco, 85-72, to take pole position of the 2021 PBA Philippine Cup, Saturday at the Ynares Sports Arena in Pasig.

Beau Belga sparked the Elasto Painters’ second quarter turnaround, and the trio of Javee Mocon, Rey Nambatac, and Norbert Torres continued what their vet started on their way to collecting their third win in as many games.

“I’m really grateful that our best players — sina Beau, sina Gabe [Norwood], Javee, Rey — they set the standard from day one,” head coach Chris Gavina said. “When your best players are your hardest workers, your culture gets set organically.”

Mocon led all scorers with 18 points, along with six rebounds, six assists, two steals, and a block. Belga churned out 17 markers and 10 boards.

Belga scored nine of Rain or Shine’s 29 points in the second chapter, while limiting the opposition to just 17 to turn a five-point deficit to a 42-35 advantage heading into the halftime intermission.

The Elasto Painters carried their momentum over after the break. From a narrow three-point lad, they unloaded a 14-2 run — capped by an Andrei Caracut trey — to establish a 61-46 lead with 3:57 on the clock.

Nambatac, the reigning PBA Press Corps Player of the Week, and Torres each contributed 11 markers in the victory, which saw them limit the Bolts to under 40-percent shooting — similar to what they did to NLEX and Blackwater.

“The great Bobby Knight said that the most prepared teams are the hardest-working teams. So that coincides with who we are and what our identity is. We want to be the hardest working team in the PBA,” Gavina said.

Chris Newsome led Meralco with 13 points, six assists, and five rebounds in the defeat that dropped their record to 2-1.