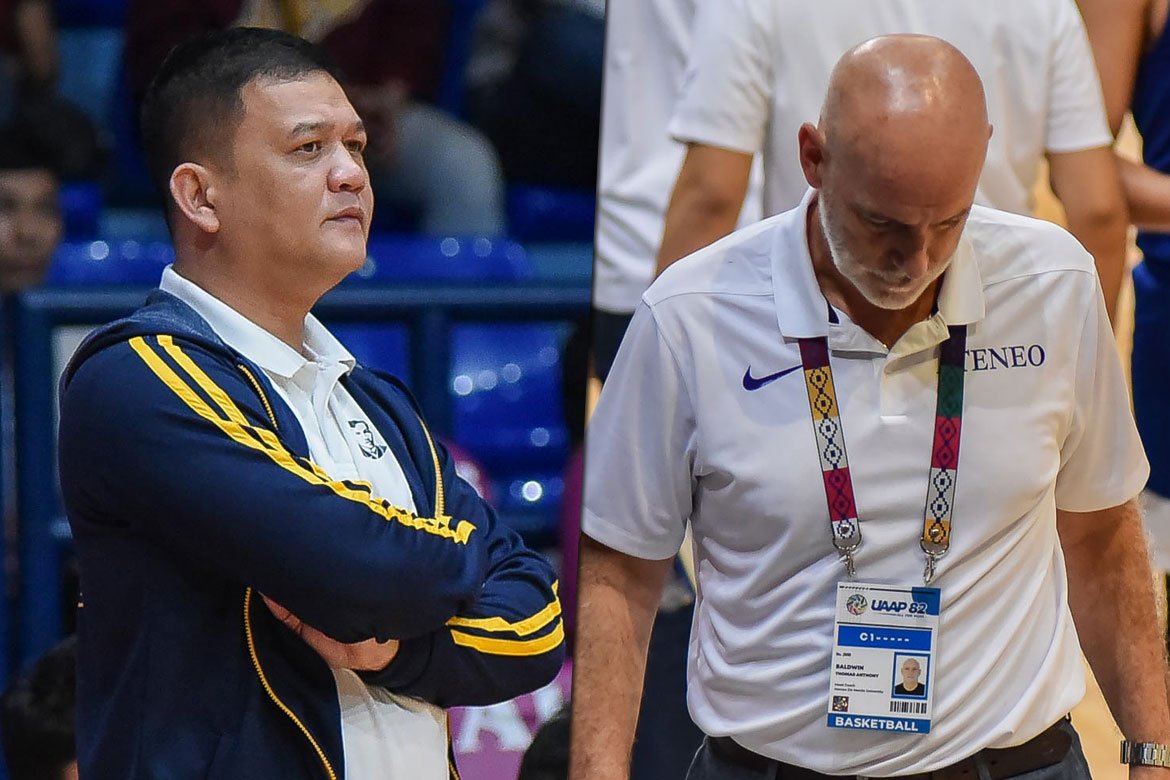 Louie Gonzalez, president of the Basketball Coaches Association of the Philippines, broke his silence regarding the suggestions fellow head coach Tab Baldwin made regarding the similarities and differences between Philippine basketball to other places he coached.

In a statement he released Saturday afternoon, Gonzalez, who is also the head coach of Jose Rizal University, opined that Baldwin’s views belittled the capabilities of the Filipino coach.

“We are being underestimated as Filipinos here. — that is the issue!

“And it is not just the coaches here, the PBA, and its officials, it is our capabilities, this is an attack on Filipinos and I strongly condemn that,” read Gonzalez’s statement.

During Thursday’s episode of Coaches Unfiltered presented by SMART, Baldwin was asked about what differentiated Philippine basketball from the rest of the world. In response, Baldwin shared how few games are in the country compared to the rest of the pro leagues around the world.

Baldwin, who led New Zealand to the 2004 Olympics, also coached in Malaysia, Greece, Lebanon, and Jordan.

“I think the thing that probably surprised me the most is also the thing that annoys me the most, and I don’t think that it is absolutely our coach’s fault, which means it’s correctable. And I don’t even think it’s the hierarchy of coaches, which I think bear some responsibility for what I’m going to say, but not entirely. So the biggest thing that annoys me, and I think the biggest surprise to me was the tactical immaturity of Philippine basketball coaches. And so what do I mean by that? I mean that they are significantly unaware of the tactical advancements and the systemic advancements of coaching systems coming out of Europe in particular which, you know, are built on the backs of player development. And so our player development here is mature, and our appreciation for tactical advancement and tactical systems is immature,” Baldwin said.

“Now, let me explain to you why I think that isn’t necessarily the coaches’ fault. As an industry here, we have one major, major flaw in the basketball landscape of the Philippines and it’s a regulatory flaw. And that is that in the PBA, we have three conferences, two of those conferences are a single-import conference. This is a big mistake. We should never have a single import playing on a team. Further, we should never have a single import that is given all of the rules latitudes that the imports are given here by the referees, and by the administration of the PBA, and I do believe it is by the administration,” he continued.

“And I do believe that it is based on the desire to have superstars as a marketing tool for the PBA. And of course, the imports that come here are some very outstanding players. And they become superstars because of their statistical performances and so many examples and situations.

“So the question that this begs to me is why aren’t these guys superstars in bigger leagues? In leagues where they could play 10 months a year and earn significantly greater salaries over the course of the year than they are in here? Why aren’t they?

“And the reason is they aren’t given the regulatory advantages by the referees that they’re given here. So in other words, put it in layman’s terms, a foul for a PBA player, for a local player, isn’t a foul on an import, and the foul of an import, that same foul on a local player isn’t a foul. So our local players are competitively disadvantaged in their ability to compete against the import players, and this is not the case in other countries. And you ask yourself why one PBA coach after another, when they start their games, 48-minute games, they don’t match up the imports against one another? Why is that? Well, it’s tactically smart, tactically sound because they can afford the fouls; because they know that the imports produce so much offense for their teams. But that’s not so bad is as fact, and this gets back to my original point, gets back to the fact that if you’re a PBA coach, and you don’t tactically run your systems through the import, you’re pretty stupid because they are given all of the advantages,” mused the American-Kiwi coach.

“So the PBA coaches are a smart lot. They’re good basketball coaches, but they could be much better if they were forced to coach much more, I believe. I think then they would show their real talents. But I think that because of the way our imports are treated here, it’s not sound thinking for a coach to not exploit what is obvious to every PBA coach, and that is to run your offensive systems through your import. Because you get an extraordinary number of free throws through the imports; you get an extraordinary number of easy basket opportunities through the imports; and you get an extraordinary number of situations where the local players literally get out of the way of the imports. So you know, I think that system creates a false landscape for our basketball coaches and our basketball players, and I think it needs to be changed sooner rather than later.”

Gonzalez, though, expressed that Baldwin’s suggestions and thoughts were an attack on not just coaches, but also to every Filipino. This especially now that Baldwin is the program director of the Philippine Men’s National Basketball Team.

“We are here to protect not just the welfare of the local coaches but also Filipino citizens.

“Myself, and our former BCAP presidents, Coach Yeng [Guiao], and Coach Al [Chua] will not tolerate this. It is the spirit of Nationalism. Hindi naman kami papayag na nasa Pilipinas ka tapos aapihin tayo. If malinis talaga puso mo at gusto mo makatulong, hindi ka magsasalita ng ganun. You will be responsible enough for the impact of your words and actions. You are a person in authority so dapat mas doble ingat,” Gonzalez shared.

Gonzalez closed his statement by saying that in his years in coaching, no foreign coach has expressed the same sentiment Baldwin did. Not Tim Cone, not Norman Black, and not the late great Ron Jacobs.

The PBA yesterday announced that it would fine and maybe suspend Baldwin for his comments that were “detrimental to the league.” Baldwin is listed as an assistant coach to the TNT Katropa.