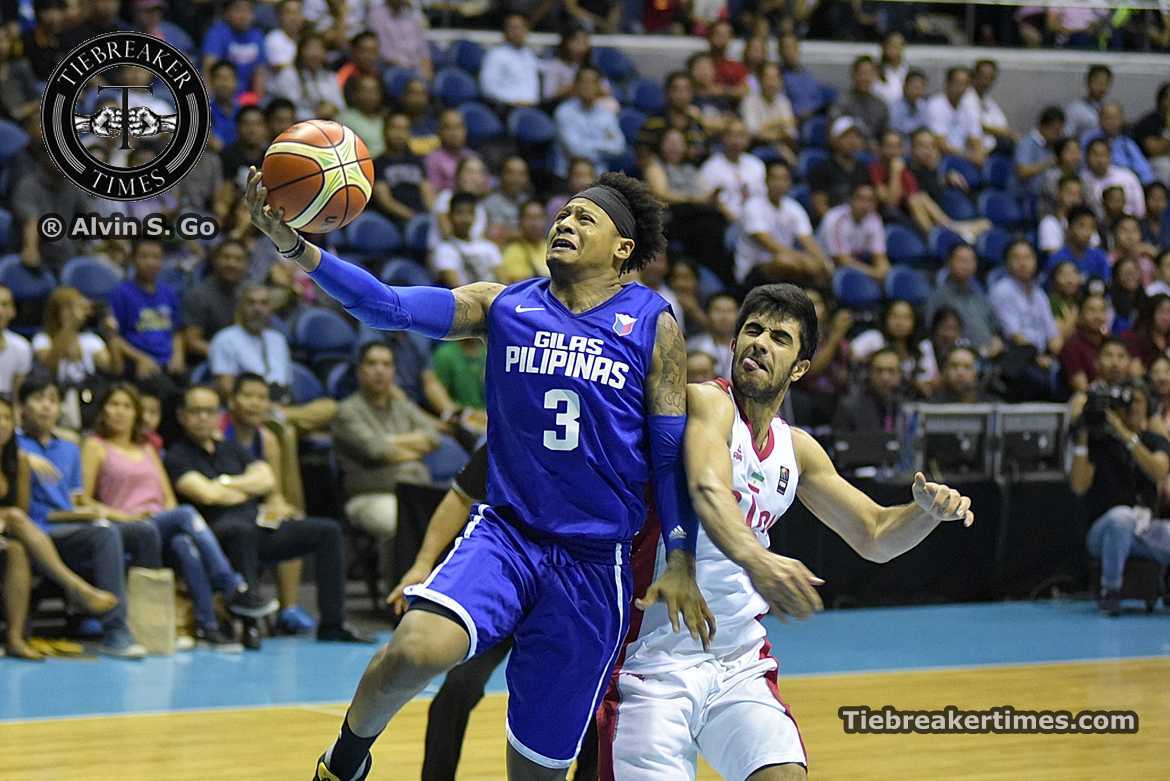 In the Gilas Pilipinas’ final outing before making the final cuts for Gilas 4.0, Japeth Aguilar, Terrence Romeo, Bobby Ray Parks, and Ryan Reyes impressed the most.

Andray Blatche played the most minutes for the home squad with 28 minutes of game time and tallied 20 points on 7-for-13 shooting and knocking down two triples while grabbing 11 boards as well. Gilas 3.0 holdovers Terrence Romeo and Japeth Aguilar added 12 markers each.

Gilas was cruising past the foreign squad in gaining a game-high 23 point lead in the third frame highlighted by back-to-back triples by Reyes, who scored 12 points in the game.

Slowly, the former kings of Asian basketball chipped in to the lead in a 20-5 run that suddenly cut the lead to just two, 72-70, with 2:59 remaining in the game. Floor general LA Tenorio sank a tough floater followed by a back-breaking and-one play by Blatche stopped any momentum gained by the Iranians.

When pressed about who will make the Final 14, Gilas head coach Tab Baldwin said that there is yet to be a final list. “It’s tough to make a decision. Right now, we feel like we’re just picking names out of a hat,” he said.

Gilas Pilipinas is set to have one last practice tomorrow, June 9 before leaving for Turin, Italy for a pocket tournament on Friday.