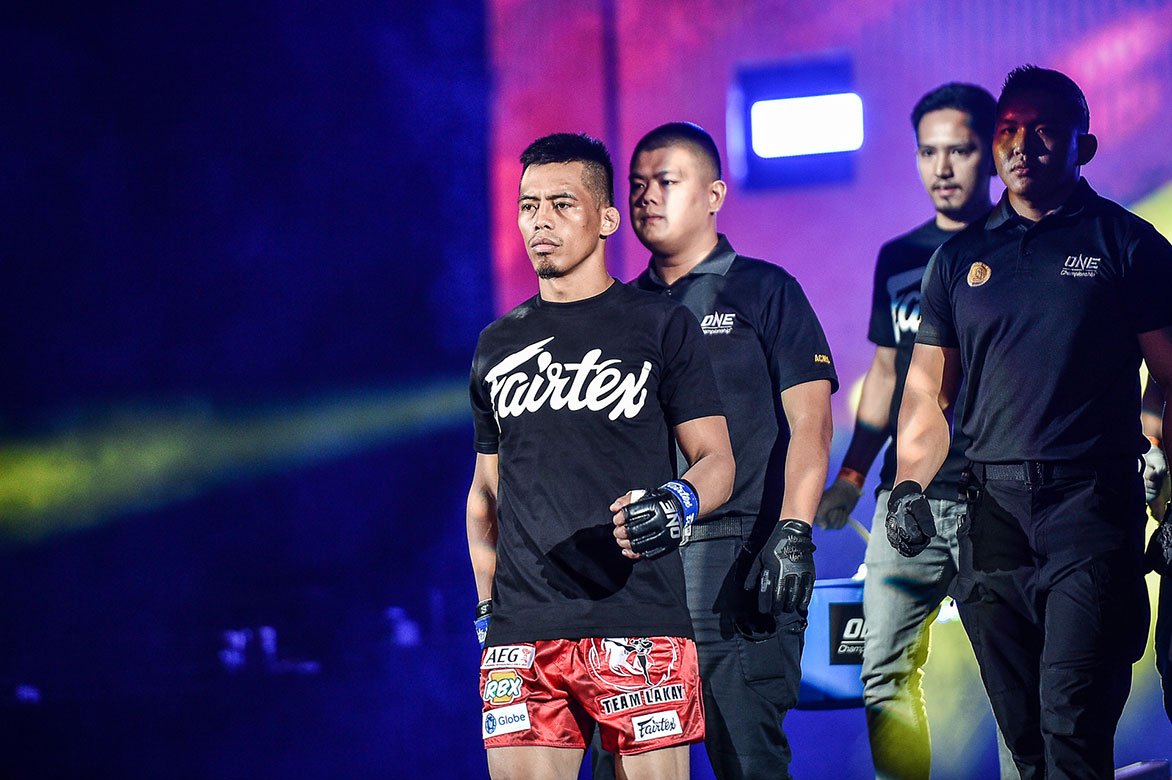 Team Lakay’s Honorio “The Rock” Banario and coach Mark Sangiao were among those who experienced competing in a closed-door environment after being part of ONE: King of the Jungle on February 28 at the Singapore Indoor Stadium.

Banario scored a razor-thin split decision win over Shannon “OneShin” Wiratchai, though fans were not there to witness it live. ONE Championship erred on the side of caution with the recent COVID-19 outbreak.

But that did not affect “The Rock”, as he stamped his return to the featherweight division with a win.

“It was actually a very good experience for me. It was like high-level sparring with your opponent,” Banario said.

“The instructions of coach Mark were clear, and there is no pressure because you don’t hear anything from the crowd. I think it was a good experience for me.”

But while the experience was good, it was certainly weird since these fighters are used to sold-out shows and passionate crowds when competing.

Sangiao, who usually screams on the top of his voice when giving instructions, did not need to exert effort this time around.

“It is kind of weird because the only thing I heard was my voice during the competition,” Sangiao said.

“It’s strange because we’re used to hearing all the crowd, cheering, and being involved in the match all the time. But back then it was silent.”

Like Banario, Sangiao felt that it actually helped Banario conquer his nerves entering this match.

“One good thing about it, I think, is that there was less pressure for the athletes competing. That’s the biggest difference. It was really silent.”

Though the event was certainly odd without fans, Banario understands the situation, and he hopes that the Philippines takes note of how ONE responded to the situation.

“In the Philippines, I still believe we’re lacking in facilities to handle this, so we have to be more strict when handling events, especially with crowds. I think we can look at how they’ve handled this one and learn.”

READ  No signs of slowing down for Fajardo, SMB

ONE: HEART OF HEROES In Ho Chi Minh City Postponed To June

Louie Gonzalez out to bring back ‘excellence’ of Muntinlupa Cagers