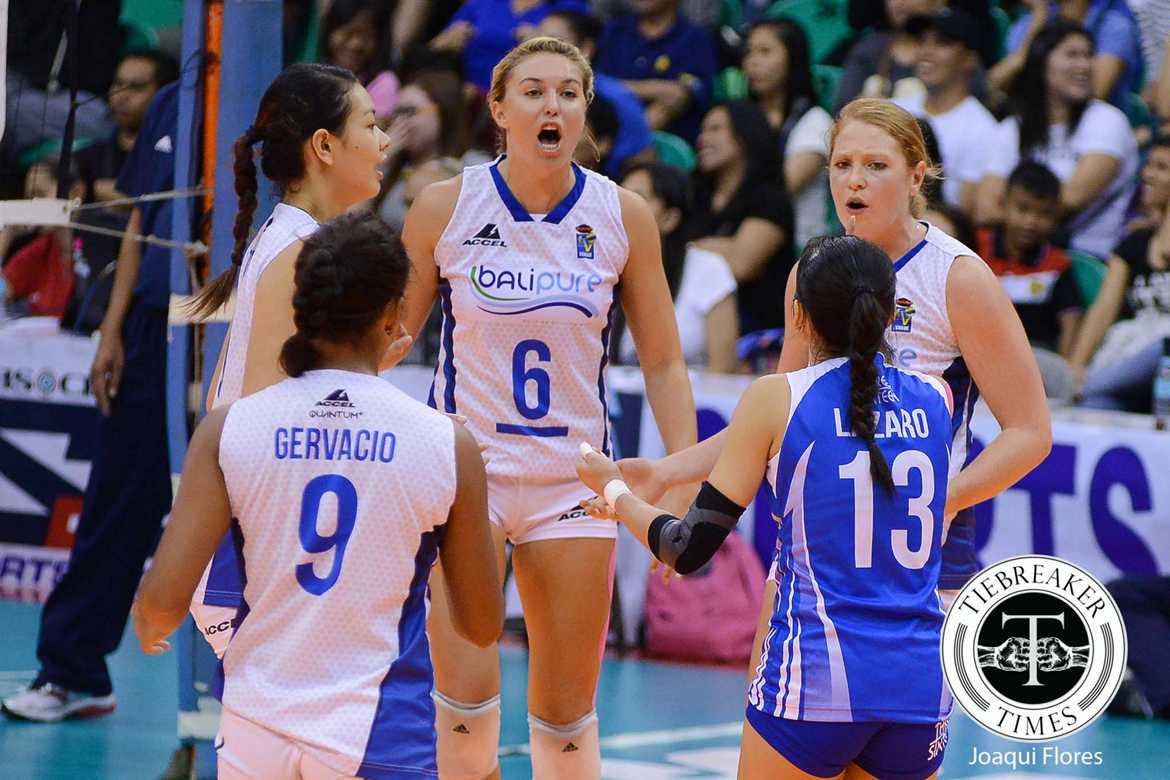 The Bali Pure Purest Water Defenders have placed themselves in prime position to enter the 2016 Shakey’s V-League Reinforced Conference Finals after stifling the Bureau of Customs Transformers in three sets, 25-19, 25-18, 25-21, in Game One of their semifinals series.

Bali Pure’s American import Kate Morrell has been key to their run, scoring in the 20’s nearly every match.

Given that BOC have not won a set against them this season, the Nebraska native is confident they can sweep the series on Monday.

“I’m excited; hopefully we can finish this in two. I think we have good momentum. Towards the end of all three sets we kind of got relaxed and made too many errors and that’s one thing that all season we’ve been working on,” said Morell, who finished the game with 20 points – 18 coming from kills.

“I think if we can minimize that we’ll handle next game hopefully pretty competitively.”

For Morrell, Bali Pure need to focus on their own game to finish off the series.

“Worrying about our own game. If they did anything special we kind of adjusted in the game. We didn’t have to talk about anything prior to the game and going out playing the way we know how to play,” the 25-year-old expressed.

“Giving them free points can’t happen especially this is the semifinals and these are the four best teams. You can go away with it in (in the elimination round) where not every point matters, not every win mattes but when it’s the last four and its down to the nitty-gritty I mean you can’t give away free points.”

UP ends decade-long futility to UST

Racela on FEU streak ending: ‘Everything comes to an end, just like yesterday’