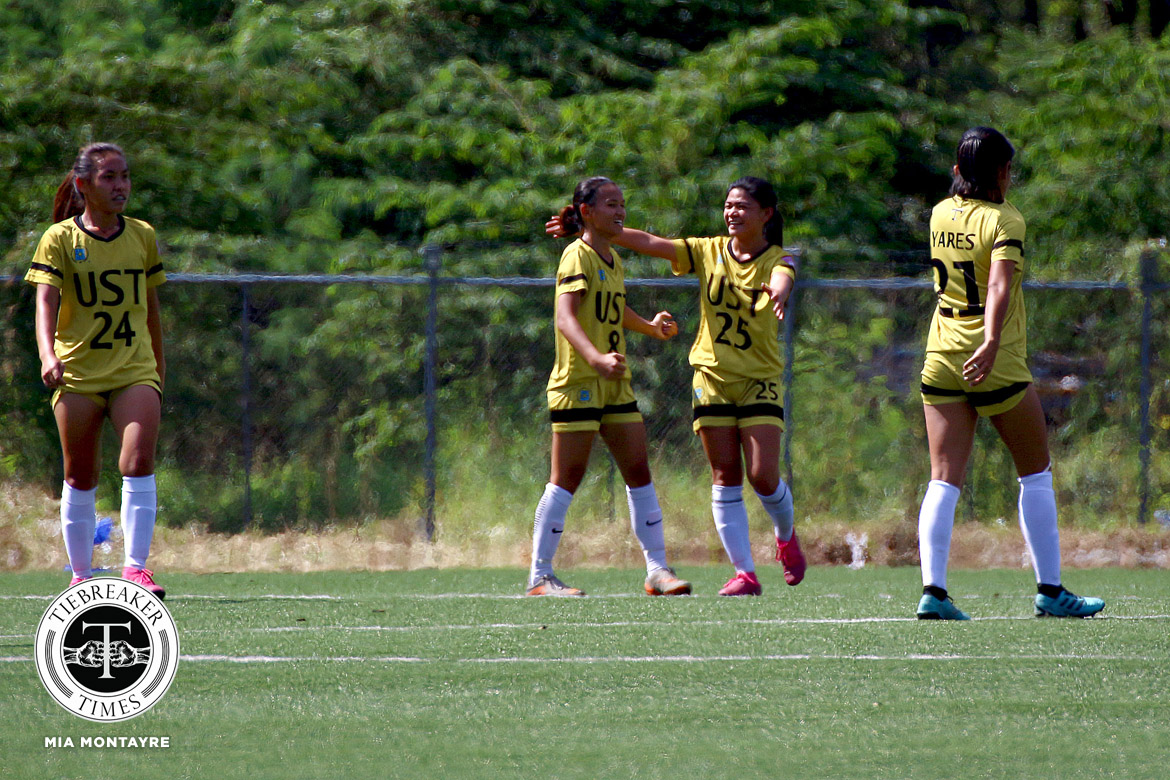 Buoyed by the full points from two matches, University of Santo Tomas was rewarded with a return to second place in the 2019-20 PFF Women’s League season on 34 points, just behind De La Salle University and two points better than Far Eastern University. 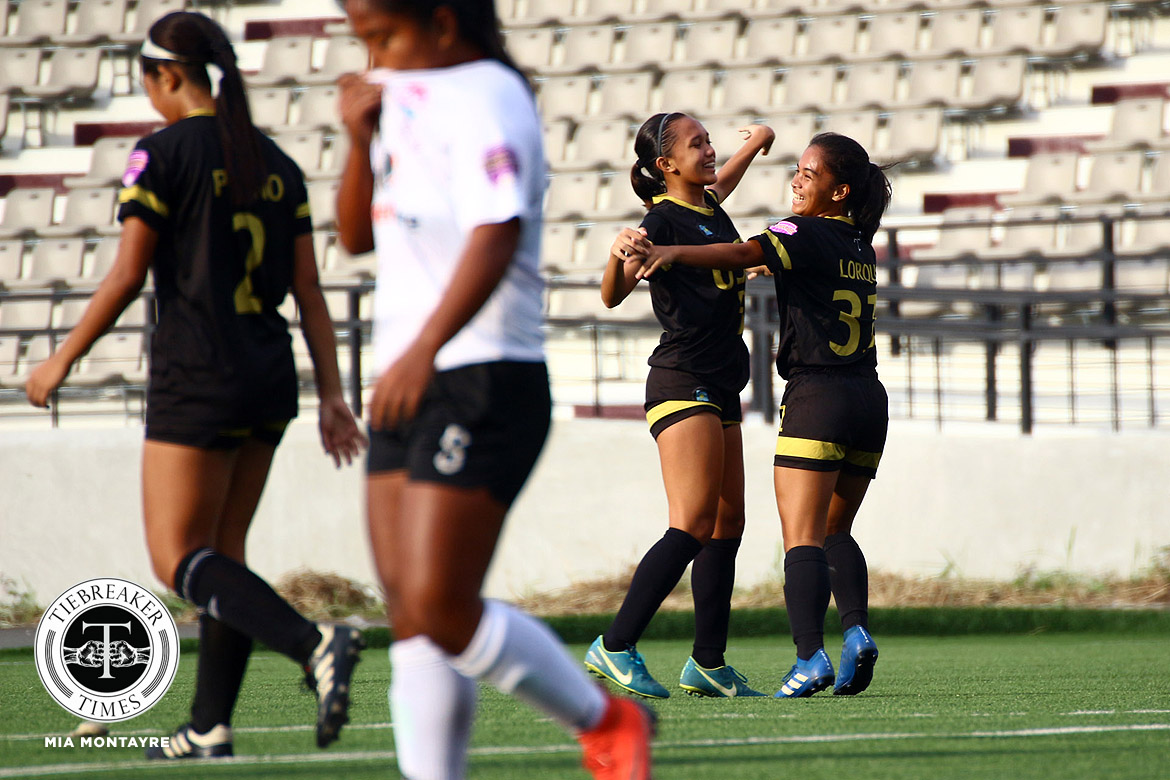 If there is a team aching to get out of last place, it would be Tigers FC, who seized the opportunity when they met and bested the struggling Maroons FC, 2-1, in the latter’s field in Diliman.

The Tigers jumped the gun on the hosts when they dominated the first half, resulting in goals from Judy Mae Prado in the 10th minute followed by Pauline Lorque in the 33rd.

A halftime pep talk seemed to rejuvenate the Maroons, with Eva Barnes netting a goal soon after the restart. The Tigers scrambled to hang on to their lead, and were almost undone when an Ikee Aquino attempt hit the post.

The junior squad from Espanya eventually escaped with the three points, effectively switching places with the Maroons for the 9th and 10th spots. 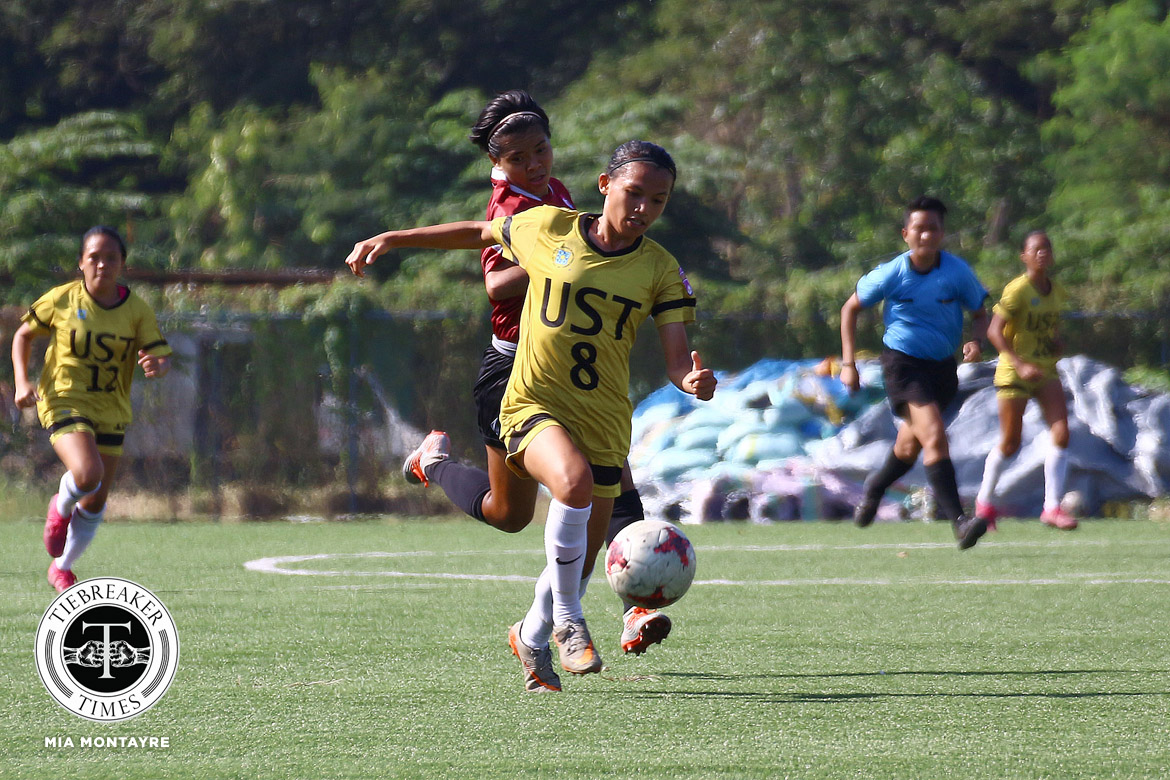 A tightly-contested affair saw University of Santo Tomas edging out University of the Philippines, 1-0, as tensions run high with the UAAP collegiate season closing in at the UP Football Field in Diliman.

Both UP and UST were fresh out of their respective pre-UAAP training camps and were gung-ho at putting all their learnings to use. This led to a virtual tug-of-war with momentum seesawing to each side.

When it looked like the match would end in a draw, a disguised UST push caught keeper Roxanne Eduave flatfooted, allowing Mary Joy Indac’s strike to go unhindered. Moments later, the final whistle confirming that UST had stolen a win.

UST gets clinical with Tigers for second straight victory 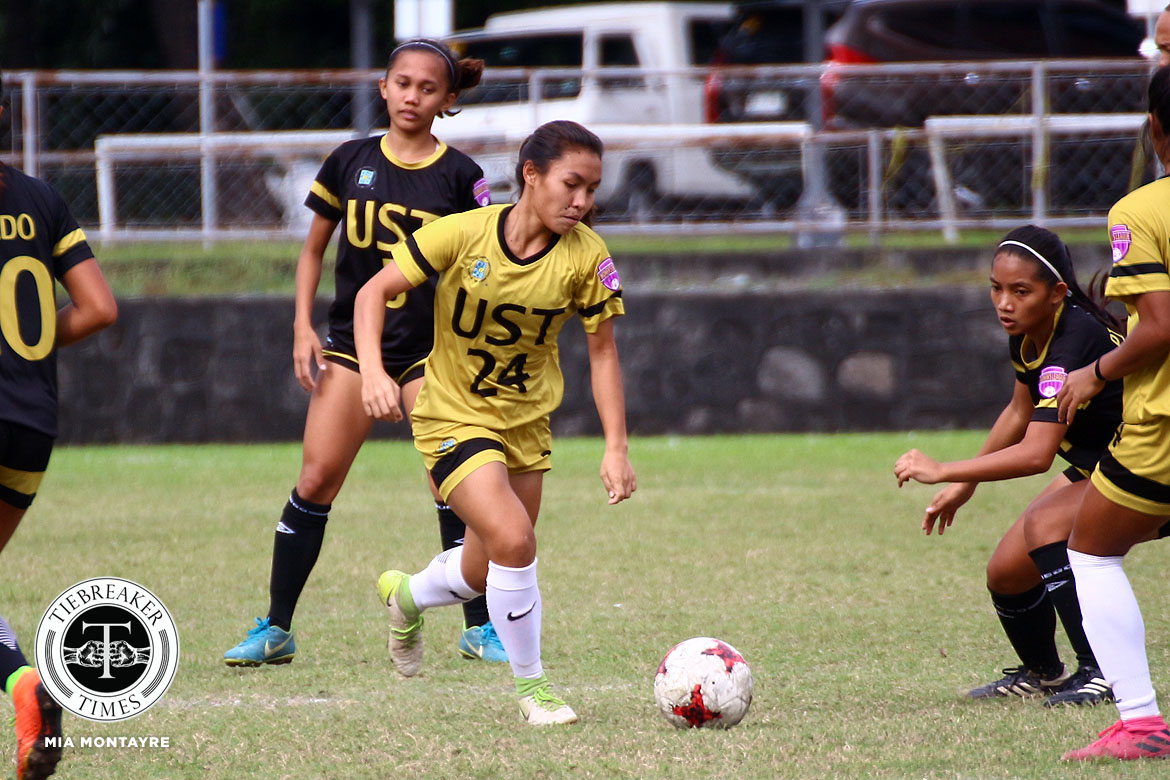 The Espanya derby saw University of Santo Tomas outclassing their junior counterparts Tigers FC with a 5-0 rout at Moro Lorenzo Field in Katipunan.

Shelah Mae Cadag led the way with a strike in the 20th minute, before fellow veteran Mary Joy Indac chipped in another fifteen minutes later.

In the second half, both goal scorers were subbed out, which handed scoring and leadership duties to younger members of the team. Still, Cadag did not worry.

UST struggled at length without their veterans, but eventually settled down late. Substitutes Mika Punzalan and Renalyn Pangaya scored in the 81st and 90th minutes, alongside Kristine Joy Abo-abo’s contribution in the 87th minute.

The PFF Women’s League continues on Saturday, February 1, with University of the Philippines and De La Salle University meeting first at 8:00 A.M. followed by Tuloy FC and Maroons FC at 10:30 A.M.

On Sunday, February 2, Stallion-Hiraya FC will clash against University of Santo Tomas at 8:00 A.M. with Nomads FC and Green Archers United FC following next at 10:30 A.M before Far Eastern University and Tigers FC end the day at 2:30 P.M.

On Wednesday, February 5, Maroons FC faces University of Santo Tomas at 7:00 A.M. before Tigers FC takes on University of the Philippines at 9:10 A.M.