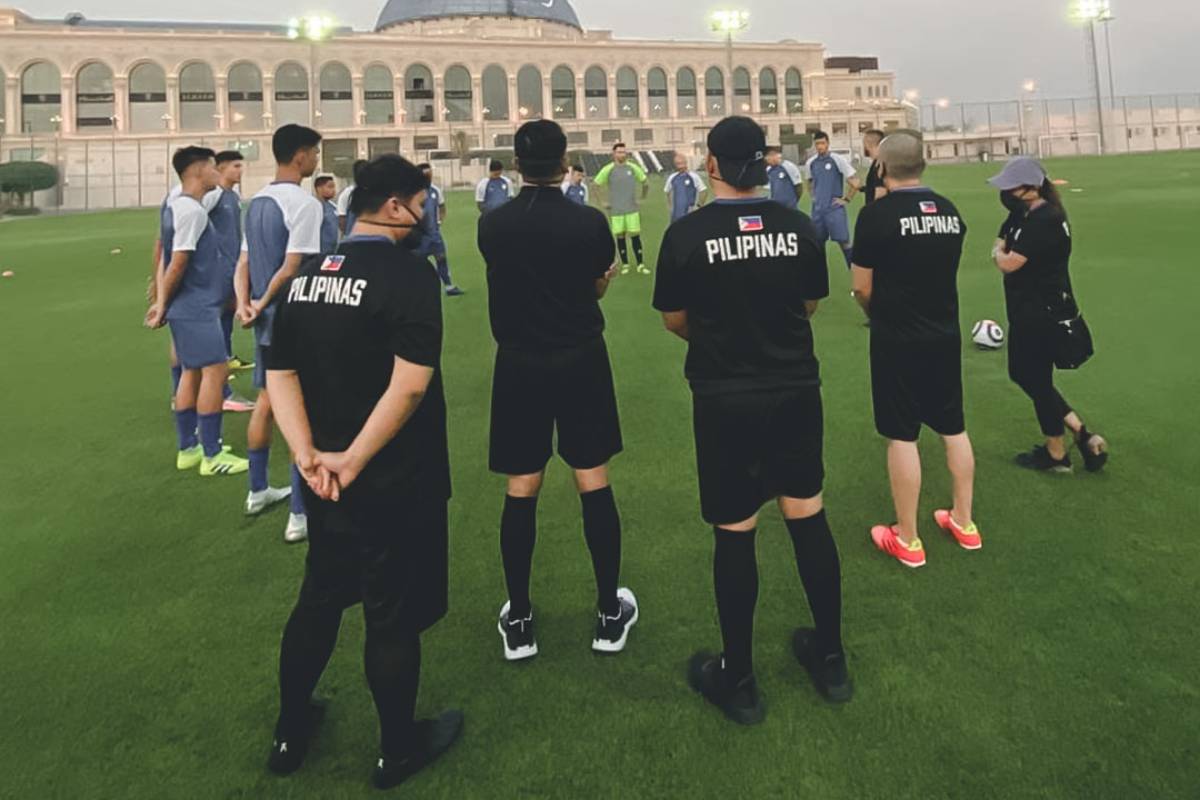 The Philippine Football Federation and the management of the Philippine Azkals have deemed that the national team players and staff need to extend their stay in Doha, Qatar, after the sudden changes to the planned venue of their joint 2022 FIFA World Cup and 2023 AFC Asian Cup qualifying matches.

Originally scheduled to take place in Suzhou, it was deemed that it was better to move the hosting of the final window to Dubai after some players from Syria and Maldives tested positive for the coronavirus in China.

The Azkales were supposed to take a chartered flight from its training base in Doha, Qatar to Shanghai, China early in the day.

“As a requirement before taking that flight, the delegation underwent two RT PCR tests in the last 72 hours, the results of which all returned negative,” read the federation’s statement.

Although no one tested positive in the RT PCR tests, complications occurred when four individuals from the Azkals camp were barred from taking the flight.

Two members tested positive in the IGM Antibodies probably due to their recent vaccinations while another duo was told to not enter China because of their recent history as COVID-19 survivors.

“We would have been left severely short-handed in China if the games pushed through there,” lamented long-time Azkals team manager Dan Palami.

“Our priority remains the health and safety of every individual in the team.”

“The cancellation of the Group A matches in China PR has left a huge financial impact on the PFF as it needed to cancel the chartered flight at the last minute,” lamented the PFF.

#ReadMore  Banchero now has a team he can call his own, says Robinson

The PFF stated that it is awaiting details from the Asian Football Confederation for a decision as to where the Azkals will accomplish their remaining Group A fixtures although earlier reports stated that the neutral venue in question is set to be Dubai in the United Arab Emirates.

“While the PFF remains hopeful for an agreement among the Participating Member Associations (PMAs), China PR, Guam, Maldives, and Syria on the venue as well as the schedule of the matches, the federation stresses the importance of the health and safety of everyone involved in the competition,” it said.

The Azkals were scheduled to face Guam on June 3, China on June 9 and the Maldives on June 15 before the sudden change of plans happened.

As it stands, the Philippines are third in Group A with 7 points and are targeting three wins to have a chance to make it through the next qualification phase.

If there is a silver lining in this situation, it is that coach Scott Cooper has more time to gel his squad and maybe even re-invite players who have initially been cut from the lineup due to injury or lack of paperwork.

“We urge the fans to remain patient as we wait for a fair and reasonable decision on the venue and schedule of our matches,” concluded Palami.