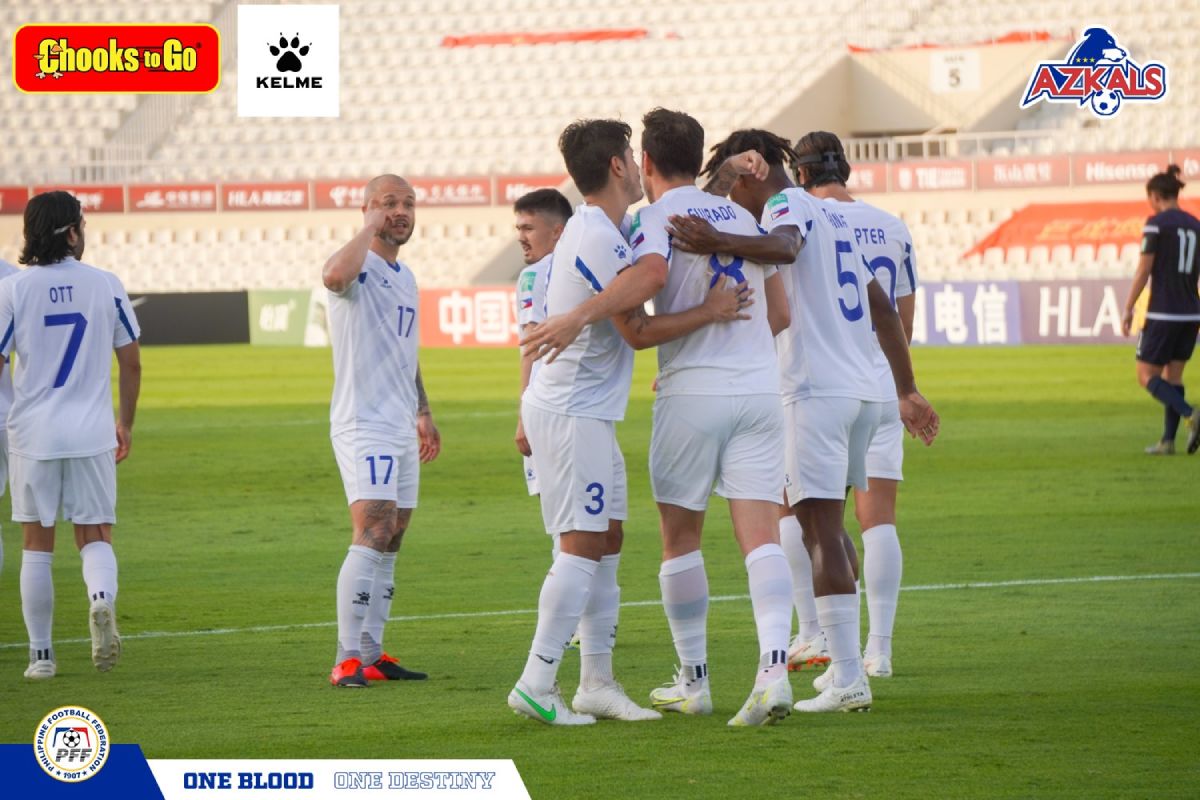 With the biggest football competition in the ASEAN region on the horizon, the Philippine Azkals look to finally break the glass ceiling of semifinal finishes to finally stamp its mark over its neighbors and revive attention to the sport after its miracle run 11 years ago.

In a virtual press conference hosted by broadcaster TapGo Thursday afternoon, personnel from the Azkals and the Philippine Football Federation officials discussed their hopes for the country as it is set to begin its 2020 Suzuki Cup campaign next week.

“The Azkals will be embarking on another challenge in the next few days,” said PFF President Nonong Araneta.

“The COVID situation has not made this campaign any easier that’s why I salute all the players, Bienve (Maranon), Martin (Steuble), all the rest of the team, who have answered the call to represent the country in the AFF Suzuki Cup.”

One of the leaders of the current lineup, Martin Steuble, is set to appear in his fourth Suzuki Cup campaign for the Philippines.

The 33-year-old Fil-Swiss has reached the semifinals in 2014 and 2018 and he seeks to finally rise above that stage with his comrades on the field.

“For us, players and I think I speak for everyone, it’s a huge honor to be called up to play for the Filipino team,” said the Muangkan United defender. “Now as the pool of players gets bigger and bigger, stronger and stronger, there are more players for (coach) Scott and the coaching staff to choose from so every single time you get a call-up, it’s an honor to be here.

“We’ve had a few semifinals the last few years. Of course, we always aim to top it. We would like to go to the finals for this edition of the Suzuki Cup and I can’t wait to start working on the field, get out on the field with my new teammates.”

The man leading the charge this time around is coach Scott Cooper.

Formerly an assistant to legendary manager Sven-Goran Eriksson, with whom he guided the Azkals in the 2018 AFF Suzuki Cup and 2019 AFC Asian Cup, the 51-year-old will be tasked to at least reach the semifinals this year with a lineup full of young and veteran members.

“One thing I can say about Azkals players whom I have been around with since 2018 is I would say we have a squad of players who are particularly mentally strong and I think that’s been evident in most games we’ve played and in their own solo careers,” said Cooper.

“We’re no different from everybody else. We have aspirations to win this tournament and at the same time, we have to look at the longer-term picture… Our squad is mixed with experience and some younger players that have come in to fill the shoes of players that perhaps couldn’t come this time because they weren’t released.”

To get to this point, the Azkals have had to deal with their campaign being derailed before it even began.The effects of the COVID-19 pandemic still linger globally while certain pivotal players did not make the cut either because of injury or their club prevented them from doing so.

Nevertheless, there is still all to play for and another miracle run should not be immediately discounted.

“The only thing that comforts me is that these players have always been giving their 100 percent every time they step on the pitch,” said long-time team manager Dan Palami. “They forget all the problems and the long travels and everything. Every time they step on the pitch, they embody the true spirit of being a Filipino to conquer everyday struggles and go home, smile, and maybe enjoy the time with their families.

“Despite all these challenges, we look forward to a good tournament. The players are ready. We will make sure the Filipino people will be represented properly.”

The Azkals begin their campaign against host nation Singapore on December 8 at 8:30 PM at the National Stadium. TapGo will broadcast all of the team’s matches as well as those featuring other nations to the Filipino audience.