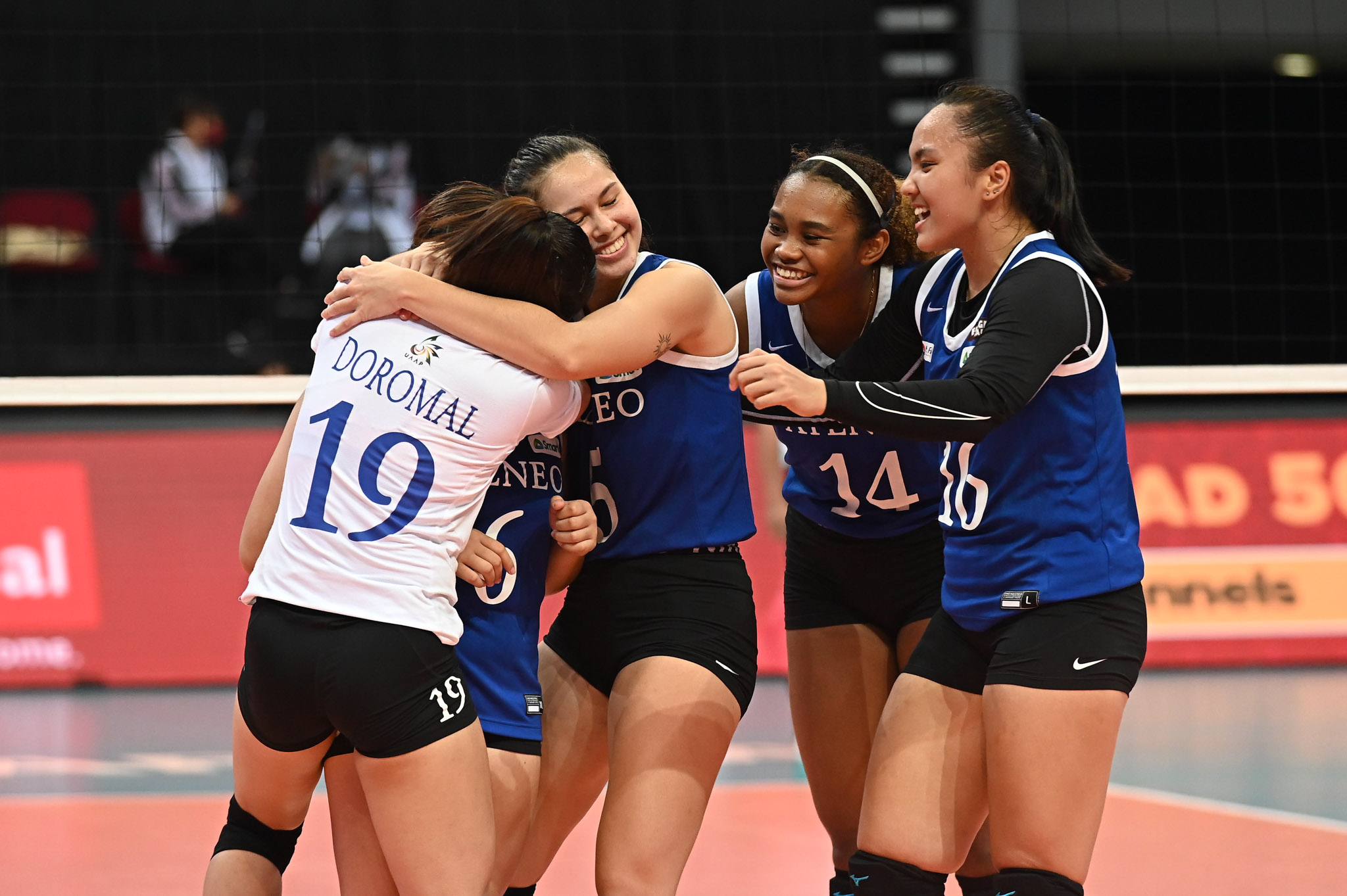 Hearts were broken as the Ateneo men’s basketball team failed in defending their three-peat crown against UP on Friday evening after suffering a 69-72 defeat in a do-or-die Game Three of the Finals.

However, the tough loss did inspire the Ateneo women’s volleyball team as they went through their own Battle of Katipunan matchup against the Fighting Maroons a day after. Blue Eagles head coach Oliver Almadro revealed that seeing the thrilling Finals game between both teams last night motivated them to put their best effort in today’s match-up against UP. 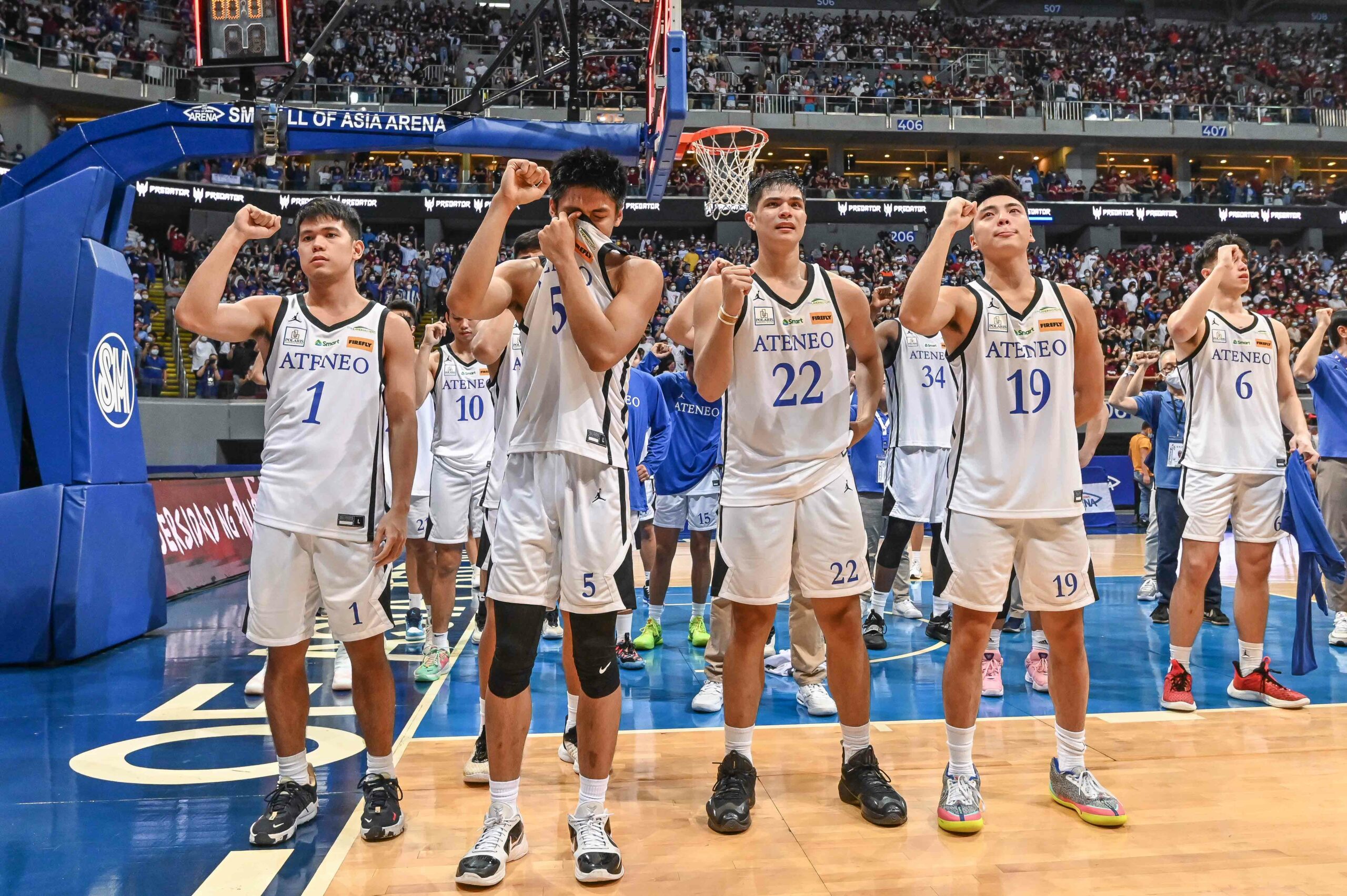 “With the game, that kind of game in the UAAP, it just helps us up. Kumabaga, parang UAAP na pala, maganda ang laban eh, it can go both either side,” he opined. “Na-inspire kami lalo, na-inspire ‘yung mga players ko to do more and to play the UAAP level. ‘Yan ‘yung level ng UAAP mataas, sobrang taas. So, ‘yun ang sabi namin that’s the UAAP, that’s the level of UAAP.

“‘Yung intensity nung men’s basketball both UP and Ateneo, kailangan namin ma-bring sa sarili namin, so we have to put up the intensity also in doing more what in what we’re doing.”

After getting a good win, Almadro bared their eagerness to avenge the championship loss of the men’s basketball team last night. He also credited his players for delivering and executing on the court which allowed them to break out of their three-game losing skid on Saturday evening. 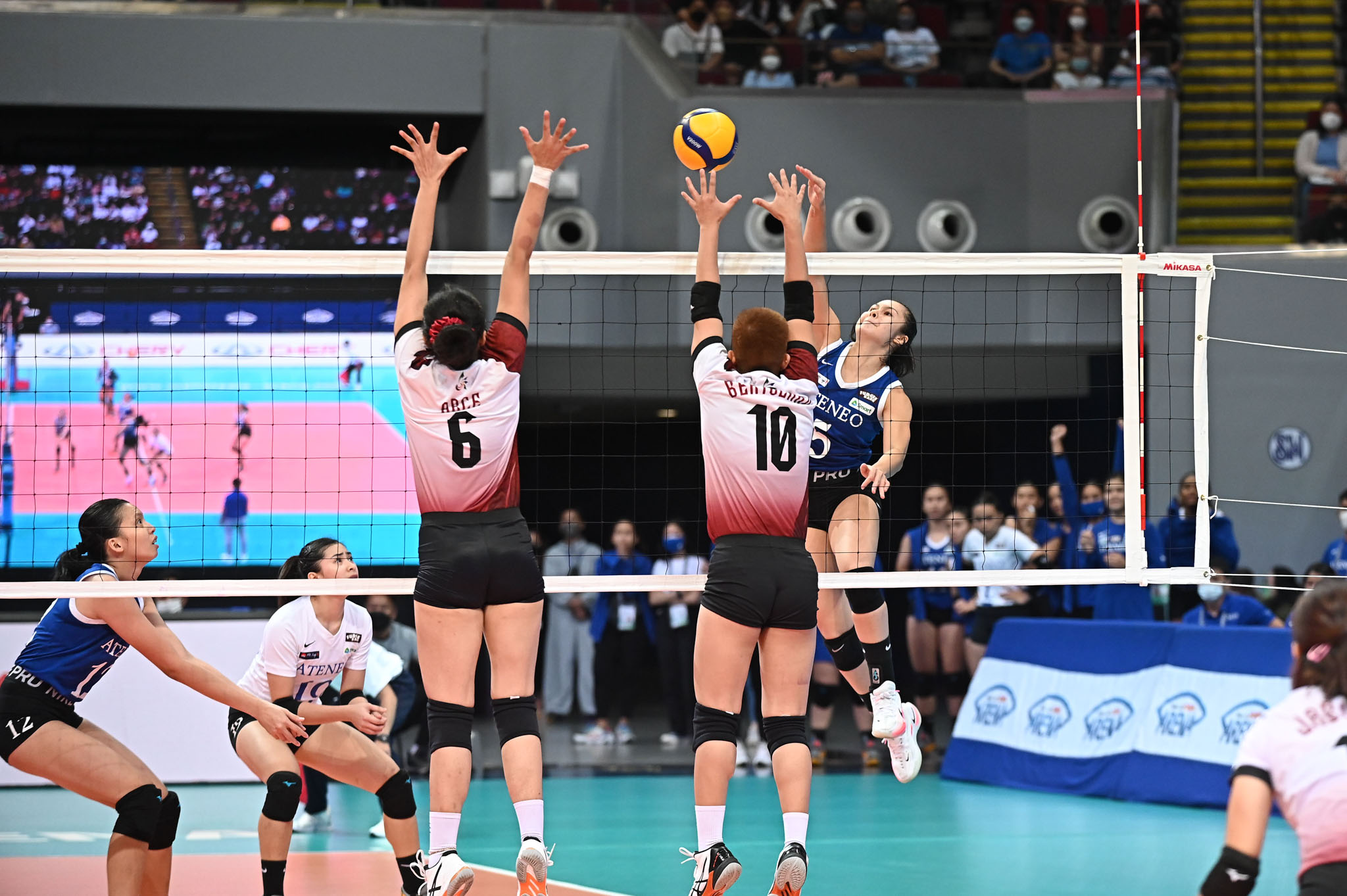 “Siyempre, after the game last night, we have a game against UP kaagad so gusto naming makabawi,” the multi-titled head coach said. “Gusto makabawi ng Ateneo today so I’m happy with how my players played today. Nakasunod sila sa instructions, strategies, and sa gameplan namin for today. And malaking bagay ‘yun kapag ang mga players is slowly getting there. We might have a slow start but I hope we gain momentum in this game going to our next game so malaking bagay for us and I’m happy. ‘Yung intensity na pinakita ng mga players ko and I’m happy with their confidence today.”

Against UP, one of the players who stepped up was Vanie Gandler who produced 12 points along with four excellent digs. She then offered their latest win for the Ateneo community who never left their side despite having a slow start to the season with three straight losses. The fourth-year open hitter added that their good showing against the Fighting Maroons will serve as a much-needed confidence booster for them as the season progresses.

“As like Coach O said, this for me was for the Ateneo community.

“Yes, we had a slow start to the season but they never fail to support us,” she shared. “We just want to give back and obviously, we want to also gain momentum deeper into the season. So we want to be slowly but surely, improving and truly gain our confidence.”

Heading to this matchup, State U has gained more momentum as they’ve already won three consecutive games to start the season. They then absorbed their first loss against Adamson last Thursday which meant that they will be eager to bounce back and return to the win column in their game against Ateneo.

However, Almadro prepared his players well as they braced for the fightback that they are expecting from their opponents in this game. The Blue Eagles responded well as they forced the Fighting Maroons to commit 29 unforced errors. Though both teams engaged in a tightly contested first set, Ateneo was able to eventually pull away in the ensuing sets to secure its second straight victory.

“Well, siguro going to this game medyo mataas yung momentum ng UP. Basta sabi ko we have to challenge them, so whatever they do we have to challenge, and also I don’t want my players to be routed,” Almadro admitted. “So sabi ko just do good, be good, and be patient. Kasi talagang ‘yung UP mabibilis eh. Kahit ‘yung iba mabibilis talaga sila and they know what they’re doing. They are athletic talaga sila eh so sabi ko sa mga players ko we just have to be patient, just do good, and challenge what they’re doing.

Despite getting a win run going, Almadro remained cautious of being too overjoyed with their latest victory. With how tight the tournament schedule is, the Blue Eagles will have to get back to work as soon as possible as they aim to secure their third consecutive win against UE next Tuesday. 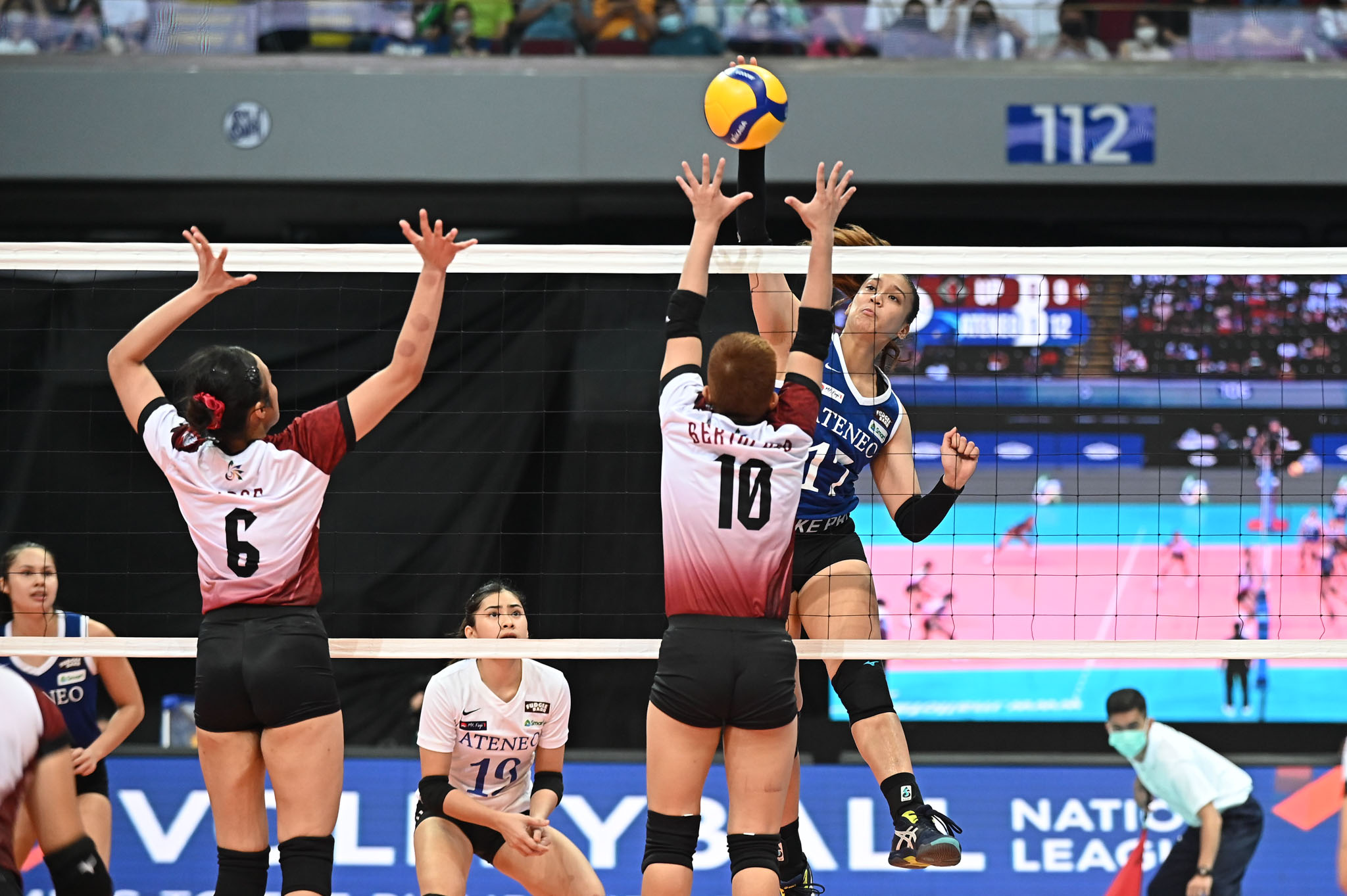