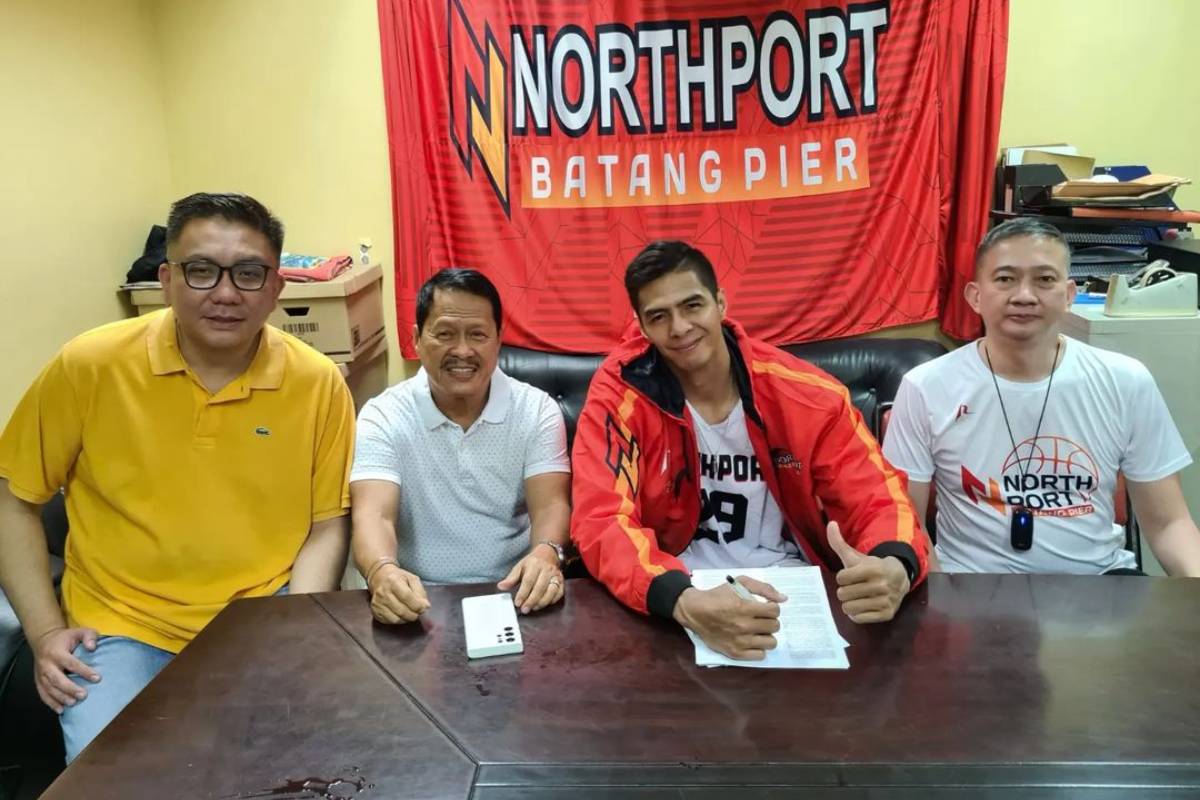 Arwind Santos will play his 16th year in the PBA.

The 2013 Most Valuable Player signed a one-year extension with Northport on Thursday.

Santos, 40, was traded from San Miguel to Northport back in November.

In his first conference with the team, the nine-time PBA champion averaged 17.3 points, 8.8 rebounds, 1.8 blocks, 1.3 steals, and 1.7 assists per game. He was a candidate for Best Player of the Conference honors.

Also signed to an extension by the Batang Pier was Renzo Subido.

Subido was initially part of Northport’s 3×3 team during the first conference but returned to the 5-on-5 team for the Governors’ Cup.

All four players are under super agent Danny Espiritu.