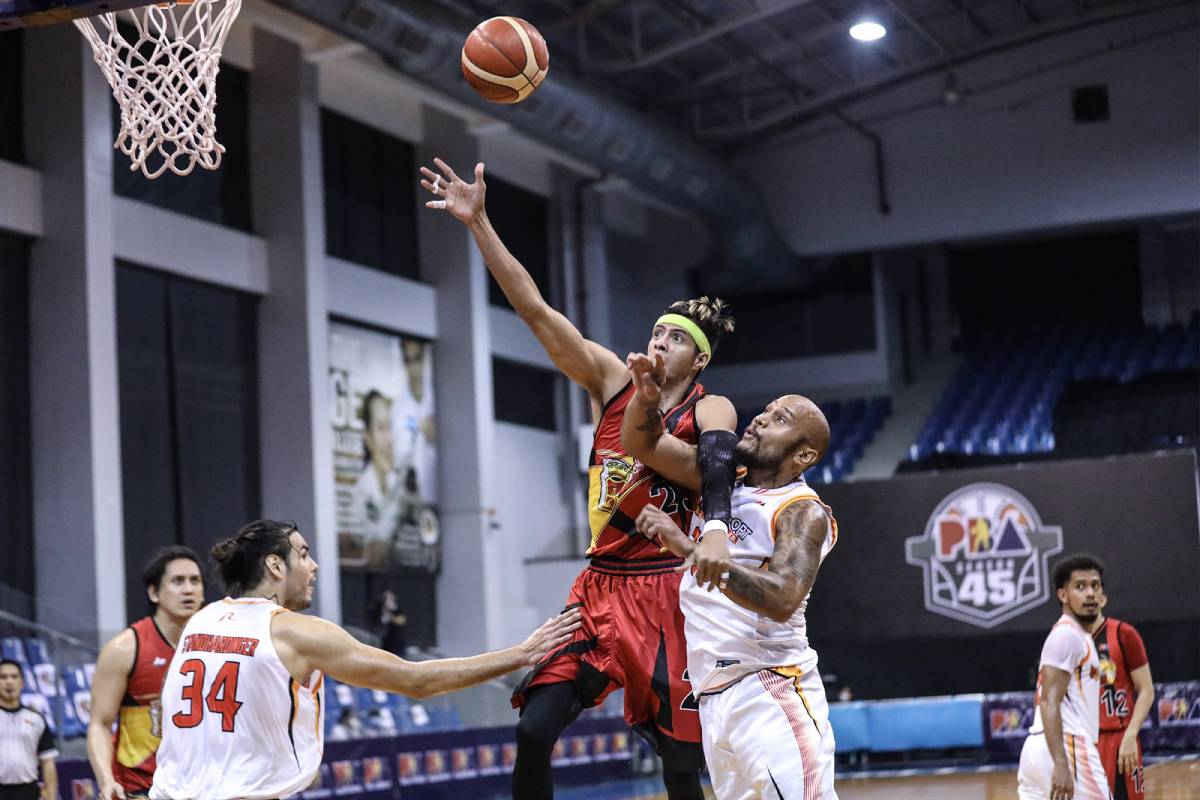 SMART CLARK GIGA CITY — Apparently, the beef between Arwind Santos and Kelly Nabong has yet to die down.

Santos, off an iso, drove past Nabong for a lay-up. But he fell down hard after the 6-foot-6 bruiser bumped him while mid-air.

The 2013 Most Valuable Player quickly got back on his feet and tried to confront Nabong but their teammates were there to pacify the situation.

As a result, Nabong was assessed with a flagrant foul penalty one — also his sixth and final foul, thus kicking him out of the game.

He left the game with 29 points and 10 rebounds, but his efforts were not enough. The Beermen ran away with the 120-99 victory.

Television cameras caught the 31-year-old Nabong with what appeared to be a scratch on his right cheek.

After suspensions were given, Nabong would see himself get traded to NorthPort for Russel Escoto. On the other hand, Tubid was left unsigned.