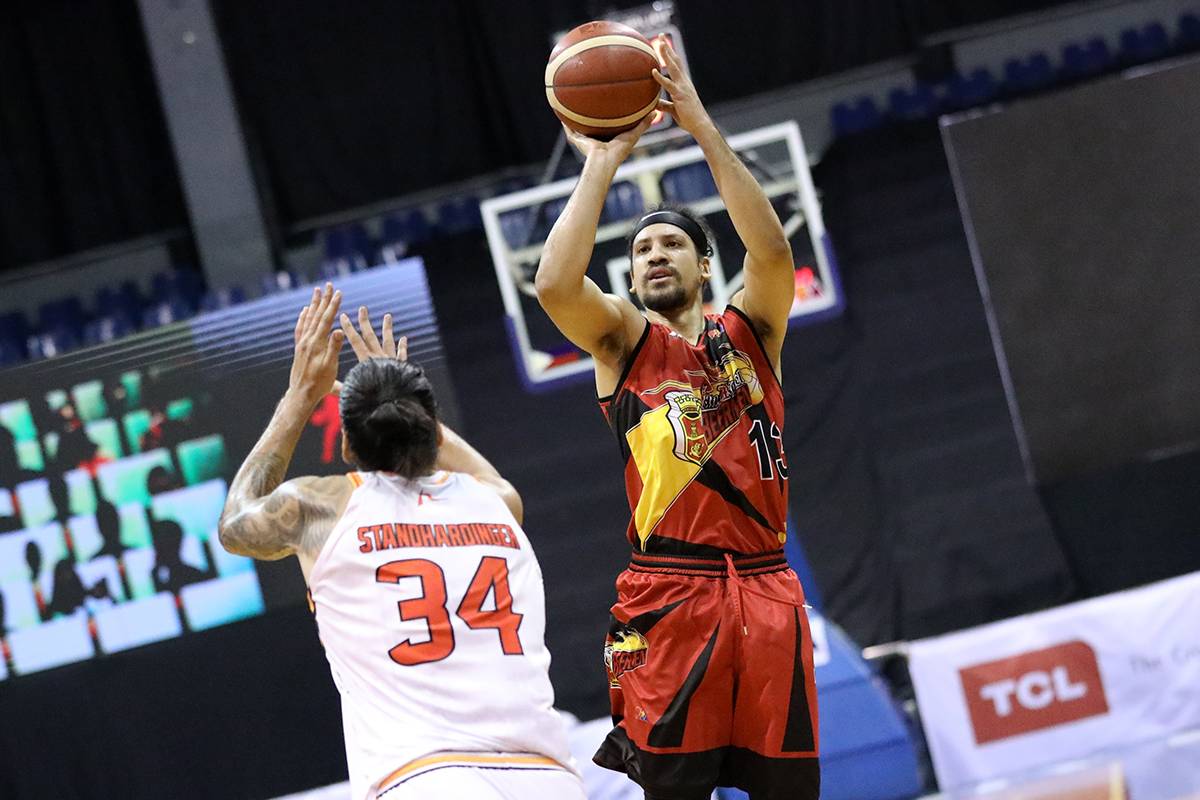 The Beermen picked up where they left off from their 81-66 victory over Barangay Ginebra last Sunday, pulling away in the second quarter en route to capping off their elimination round campaign with a 7-4 record.

It is now tied with TNT and Alaska at third in the standings although Meralco, Magnolia, and Rain or Shine could still go 7-4 as well, depending on the results of their games in the final elimination round gamedate Wednesday.

“We thought of this game not thinking about what will happen to a lot of scenarios. Five teams can finish at 7-4, many things can happen. But what is important for us is we’re able to win this game,” said Coach Leo Austria.

Arwind Santos led the reigning, five-time champs with 23 points, including five in their 10-0 run that turned a 47-all deadlock to a 57-47 lead at the half that began the one-sided affair He also had 11 rebounds and four assists.

Marcio Lassiter and Mo Tautuaa each produced 21 points apiece, with the former adding seven assists and the latter having nine boards, Bench spark plugs Von Pessumal and Bam Gamalinda had 15 and 12 markers, respectively.

The Beermen led by as many as 34 points, 95-61, following a Paul Zamar three-pointer with 3:58 remaining in the third canto. That shot of his was just one of the 15 triples they made in the rousing conquest of the also-ran NorthPort.

“We’re so happy to get into the playoffs after a week of really thinking what will happen to us because we felt that our team was really struggling because of a lot of injuries. We’re so happy to make it to the quarterfinals,” Austria said.

Former Beerman Kelly Nabong led the Batang Pier with 29 points and 10 rebounds, although he was booted out of the match with 4:23 left to play after being called for a flagrant foul penalty one on Santos.

Nabong spearheaded the fight for the 1-9 Batang Pier on the night Christian Standhardinger only had 10 and seven. They look to finish the season strong versus the Bolts on Wednesday at 1:00 p.m.