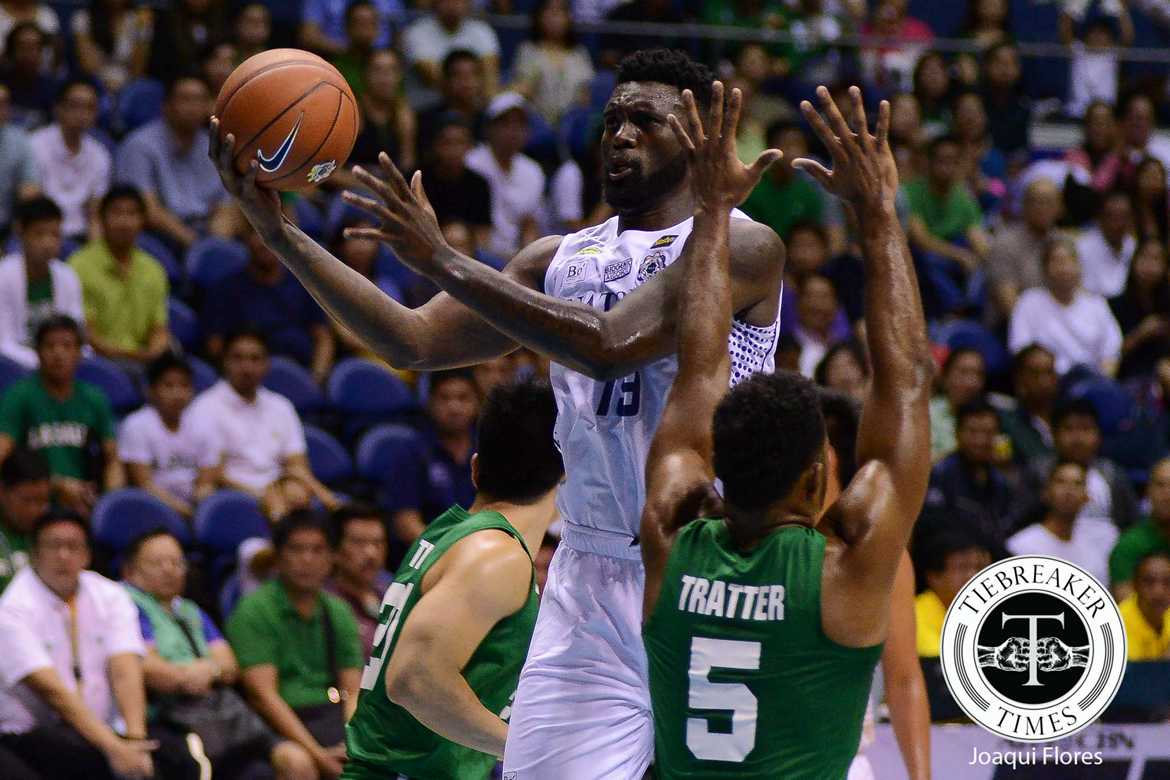 That is what National University Bulldogs center Alfred Aroga asserted when asked how his heavyweight encounter with De La Salle University Green Archers center Ben Mbala was like from his point of view.

The Bulldogs had squandered their upper hand in the first three quarters, melting down late in the final frameand paving the way for La Salle to go up to four wins and zero losses, 75-66, in the team standings of the UAAP Season 79 Men’s Basketball first round.

The 6’7″ Cameroonian, moreover, downplayed his battle with the monstrous Mbala further, saying that the focus of everyone should always be about teams and not on an individualistic perspective.

“There’s no match-up in this league though. People always talk about match-up. It’s La Salle versus NU. I don’t really care about that [match-up with Mbala],” said Aroga in the post-game.

“So I’m focused on what I have to do to help the team win. I don’t like to think about match-ups,” the Cameroonian student-athlete added.

When asked for his thoughts about his team blowing up a nine-point lead in the third quarter that eventually led to a furious La Salle rally up to the final frame, Aroga says that it had just been a bad day for him and the team.

“I can say off day. They’re a pretty good team. They’re big, but they’re beatable. We had a lot of turnovers. We got out of the system during the crucial part of the game.”

“But still, it’s alright. We shall move on to the next game,” said the King Bulldog.

“Like I said, the only opponent of NU is NU. We’re right there, but because of turnovers, we lost the game. But it’s okay,” he quickly added, emphasizing the turnovers they’d had versus NU’s 29.

Regarding his play today in which he only had 2 points and 3 boards, Aroga has nothing much to state, saying that he does not want to dwell on the nine-point loss anymore.

“I really got nothing to say. I’ll just focus on the next game,” he ended.