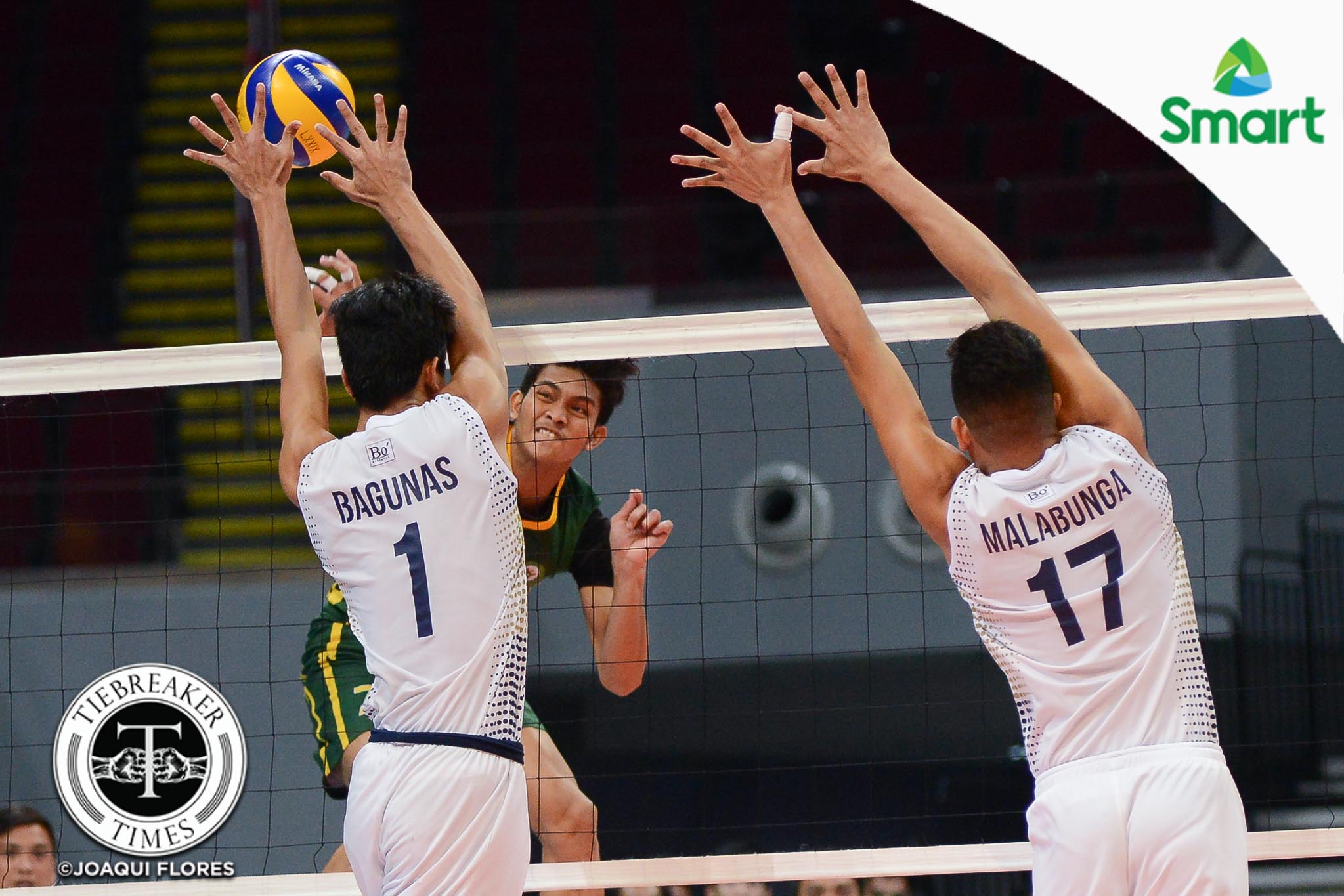 In an error-filled contest, the Far Eastern University Tamaraws survived and kept their season alive, slamming the National University Bulldogs in a heated 22-25, 26-24, 28-26, 25-17 victory at the SM Mall of Asia Arena.

After missing the Final Four last year, the Tamaraws are within a game of making their first Finals appearance since Season 75.

FEU head coach Rey Diaz was emotional during the post-game presscon, lauding the personal sacrifices of his players especially during the holiday seasons.

After dropping the first set, the Tamaraws rallied to erase an 11-7 lead in the second set to force a 19-all tie. NU seemed to regain control after retaking a 21-19 lead, but their own errors pushed FEU ahead 24-22. Bryan Bagunas and Fauzi Ismail found their marks in the following points and locked the set in a deuce. Another NU error and a Redijohn Paler service ace, however, gave FEU the set.

The Tamaraws then cruised to a 21-15 lead in the third set. A collapse in their service reception, however, stymied FEU and allowed the Bulldogs to settle into another deuce. Errors and long rallies dotted the deuce, but NU’s reception eventually gave out, setting up Jude Garcia’s set-winning smash.

The fourth set was all FEU, as the deflated Bulldogs ran out of offensive juice.

Bryan Bagunas led NU with 13 points, while Madz Gampong hopped off the bench and provided 10 markers.