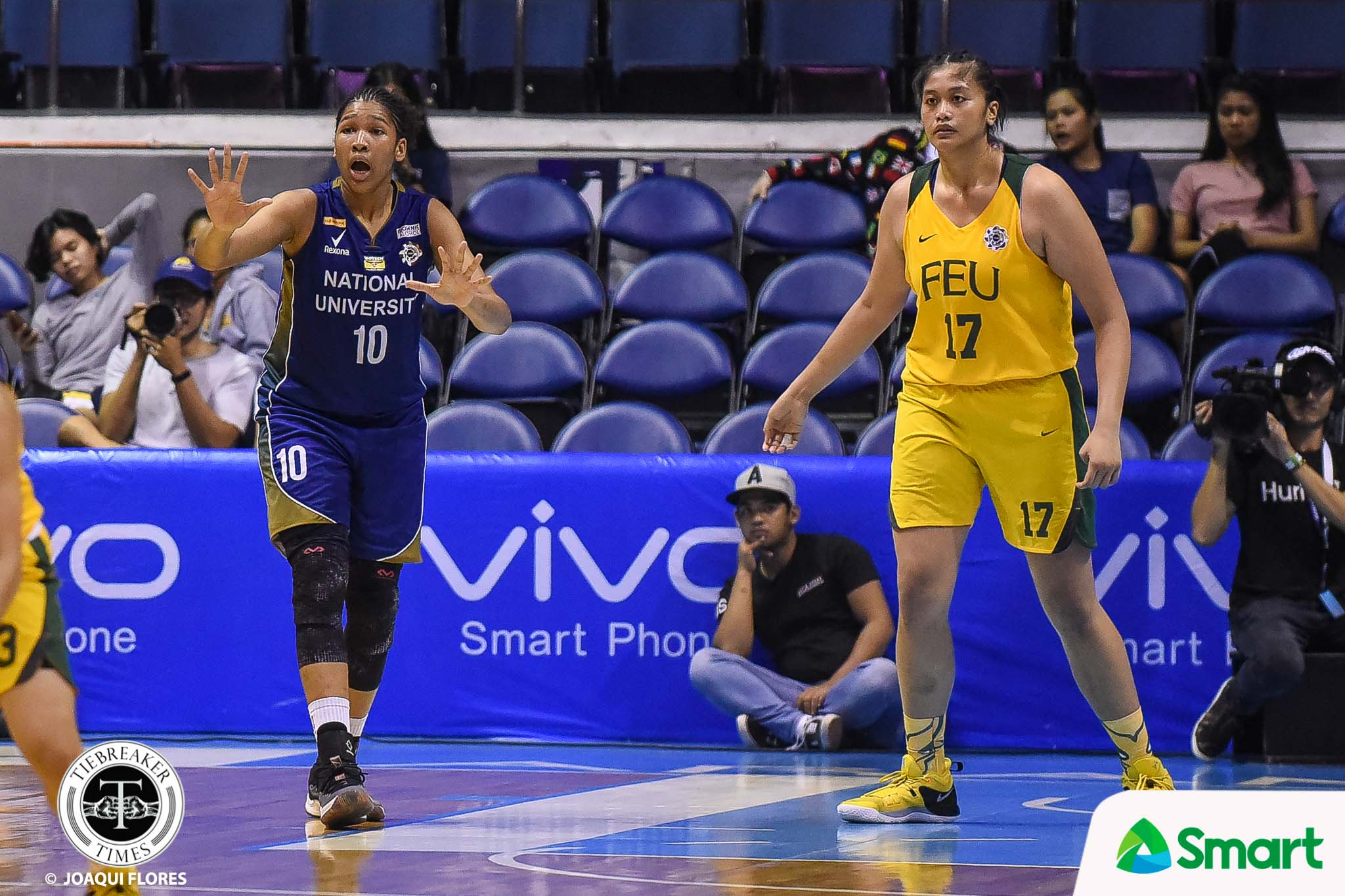 Jack Animam and Patrick Aquino are still hoping that Clare Castro will be available to suit up for the 2019 FIBA Asia Women’s Cup set from September 24-29 in Bangalore, India.

The 6-foot-4 center was expected to see action in the continental meet until she begged off last week, citing academics as the main reason since she is in her final year with the Far Eastern University.

“I’m just sad that Clare is not around,” said Aquino Sunday after National University’s 90-48 win over UST in the UAAP Season 82 Women’s Basketball tournament.

“But I’m still hoping that Clare can be available.”

Castro has been with the national team program for some time now, and Aquino admitted that not having her around has been difficult since they will have to adjust yet again.

Moreover, Castro’s absence leaves a huge hole in Gilas Women’s frontcourt. The team badly needs size since it will go up against Australia, New Zealand, and China in Group B.

“It’s been hard for us to really adjust without Clare. For the past months, kasama namin siya, and then all of a sudden, mawawala siya. Kailangang-kailangan talaga ng bigs,” Aquino said.

Jack Animam also laments not having her frontcourt partner and good friend in the upcoming battle. Still, she said that they will simply have to deal with the cards they have been dealt with.

With Castro’s absence, Aquino has decided to call in 6-foot Danica Jose and 5-foot-8 Eunique Chan to fill in the spot. He has also informed some of his players of the adjustments they will have to make.

“I think the presence of Eunique, she plays tough defense. And Danica is tall and can get rebounds, so she has to toughen up a little bit more.

“I told Gemma (Miranda) and Afril (Bernardino) that they will play more at three and four than two and three, and Kelli (Hayes) also. Adjustment talaga,” Aquino continued.

For Aquino, Gilas joining tourneys such as the Asia Women’s Cup is part of its buildup for the Southeast Asian Games in December. And by that time, he hopes that Castro will come back.

“She’s been part of the team for the long time and hopefully, she can come back in time for the SEA Games.”