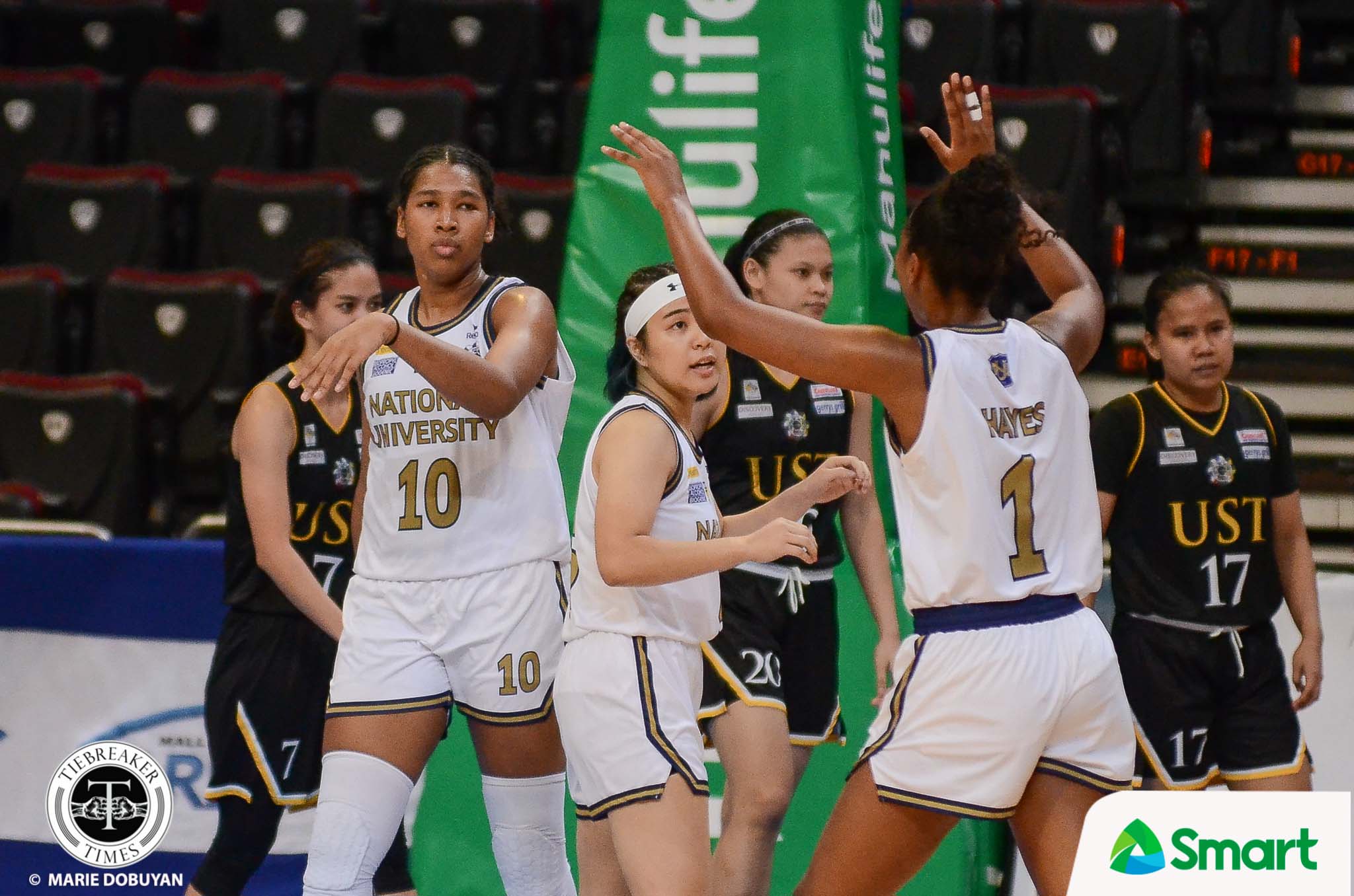 Jack Animam anchored National University to its fourth consecutive win in the UAAP Season 82 Women’s Basketball Tournament with a 90-48 beatdown of University of Santo Tomas on Sunday at Mall of Asia Arena.

The Season 80 MVP dominated the paint for the Lady Bulldogs with 19 points, 14 rebounds, three assists, and three blocks to stretch their historic unbeaten streak to 84 straight games.

“I just told the girls to start stronger. You got to be consistent,” said coach Pat Aquino, lauding his side’s improvements after starting the season slow.

Despite NU’s 42-point rout, Aquino acknowledges how good this UST side is this year.

“Siguro ito ang magiging rival namin. UST is going to be a tough team to beat. They’re always there and they bring out the best in us. Maybe na-challenge din yung girls sa game na ito,” he said.

Lon Rivera topped the Golden Tigresses with 11 points on a horrid 3-of-13 clip from the field, while last season’s MVP Grace Irebu was held to just 10 points and 11 rebounds in the outing as they suffered their first loss in three games.