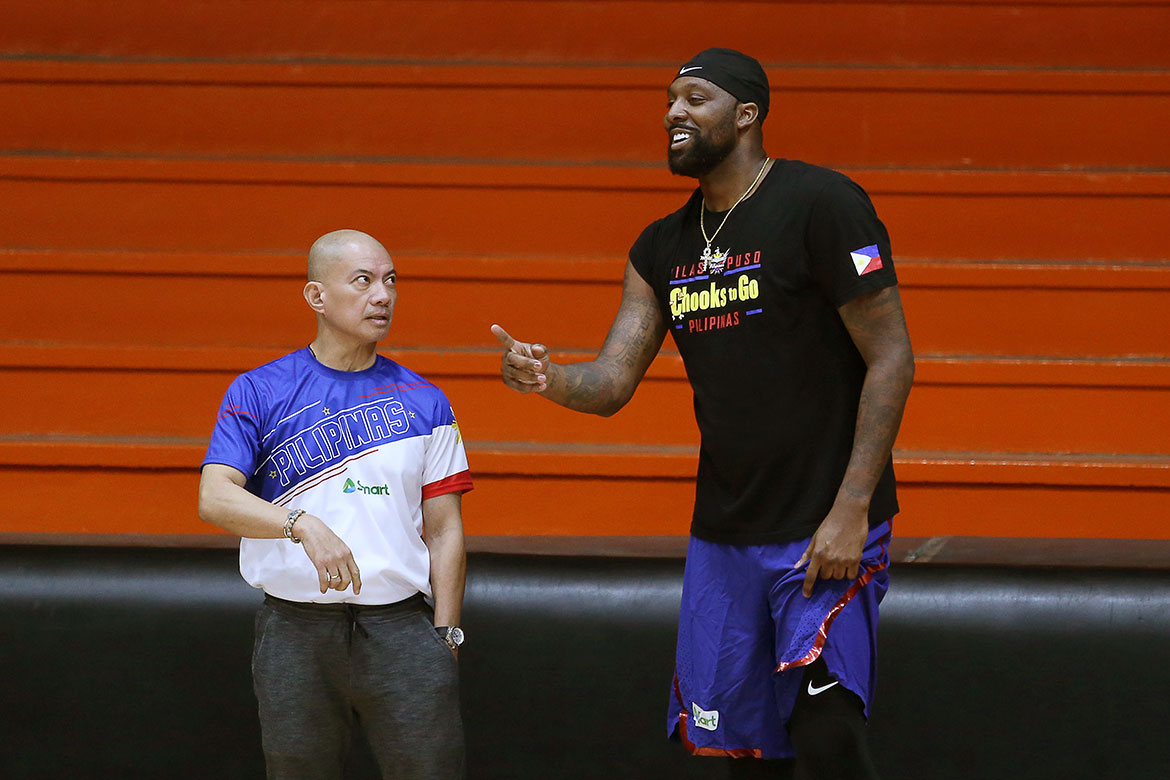 Andray Blatche will soon be arriving to rejoin his brothers in Gilas Pilipinas Men’s for their quest in the 2019 FIBA World Cup.

Gilas team manager Gabby Cui bared that the 6-foot-11 slotman is expected to arrive in the Philippines on July 8. Blatche will be coming from his homeland United States.

“Dray Blatche will come on July 8 or 9,” said Cui moments after the Nationals’ meeting Tuesday evening at the Meralco Gym in Pasig City, which marks the start of their preparations for the World Cup.

Blatche’s early arrival means nothing but good news for Gilas, as they will have ample time to gear up with the former NBA cager heading into the global spectacle that starts on August 31.

The former NBA pro was pivotal during Gilas’ Asian Qualifiers campaign, posting norms of 16.0 points, 12.4 rebounds, and 3.9 assists in eight games played. He capped his campaign with a 41-point outing versus Kazakhstan that punched the Philippines’ ticket to the global meet.

“Dray’s staying in shape, working out a lot,” added Cui regarding Blatche’s physique.

Then about a month later after the 6-foot-11 cager’s return, the Filipino dribblers will be flying to Spain for a training camp that will run from August 4 to 11, the amiable executive said.

That Spain trip is what Samahang Basketbol ng Pilipinas president Al Panlilio has mentioned weeks ago, where Gilas will be figuring in a pocket tournament as part of their preps.

“We’re planning to go to Spain …Yun yung training camp namin,” Cui said. “Then we come back. Hopefully, we can play some more practice games and then we go to Foshan for the World Cup.”

For now, though, Gilas will start their preparations by holding practices twice a week. It will start on Monday next week.