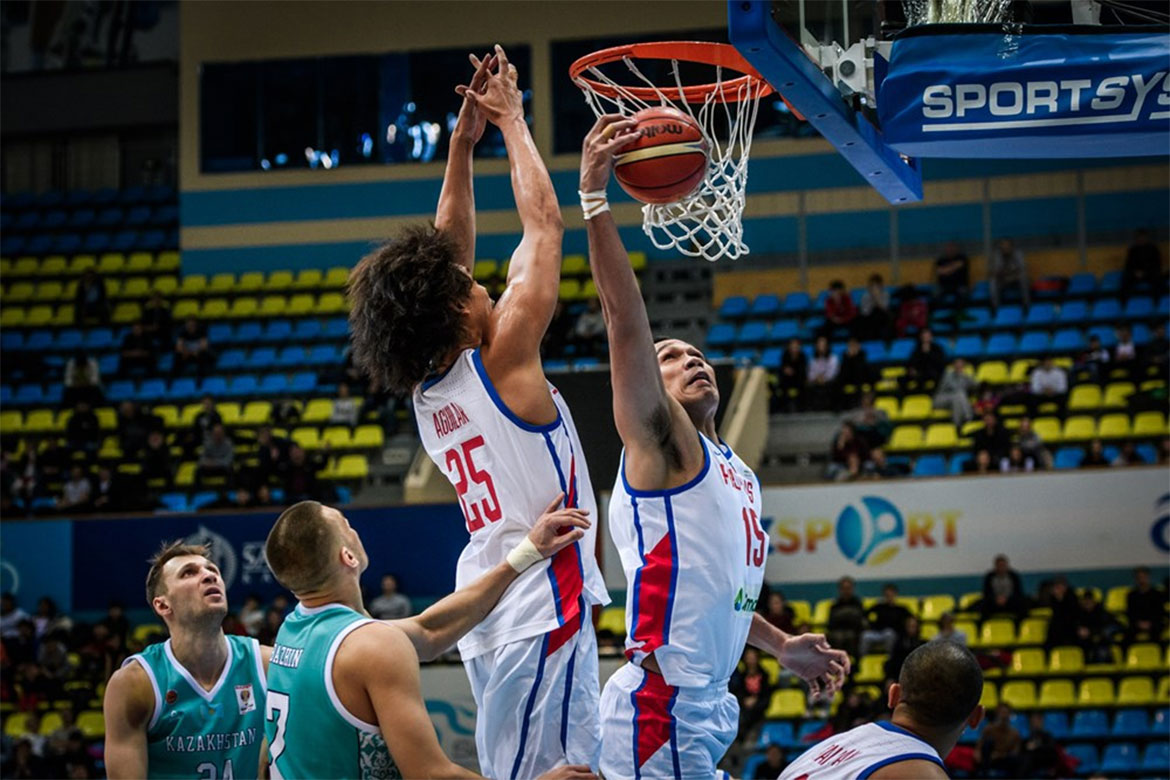 If Yeng Guiao were asked, the addition of Andray Blatche was the game-changing move for Gilas Pilipinas during the final window of the 2019 FIBA World Cup Asian Qualifiers.

“We did not have Andray in Manila,“ the eloquent tactician told a member of the Kazakhstan press after the Philippines’ 93-75, World Cup-clinching win on Monday (Manila time).

The 6-foot-11 naturalized Filipino put up his best performance ever in a Gilas jersey in the contest. Blatche dropped 41 points on 12-of-20 shooting from the field and 12-of-14 shooting from the stripe, to go along with 14 rebounds, four steals, three assists, and two blocks.

At one point in the contest, however, Blatche incurred his fourth personal foul – and still with 13 minutes and 45 seconds left in the game.

Gilas, who had been relying on the hot hands of Blatche, made sure they would not collapse. And it was all thanks to the duo of June Mar Fajardo and Jayson Castro.

Castro torched the Kazakhs from downtown, while Fajardo cleaned up every mess Gilas made. The five-time PBA Most Valuable Player finished with nine points and seven rebounds – all of the points coming in the second half.

“I got into foul trouble and I want to tip my hat to June Mar Fajardo. He really was the game-changer for us and took over the team for us,” Blatche gushed about his frontcourt partner.

“I was kind of worried that the rest of the guys were going to over-rely on Andray. But good thing in the second half, the guys stepped up. It was important that we were able to survive the foul trouble he was in,” added Guiao.

“As he mentioned, June Mar took over when he was on the bench. That was a key situation for us.”

Come the World Cup, the rest of the world will have more to worry about than the country’s guards. This time around, they will have to contain the two-headed beast of Fajardo and Blatche as well.