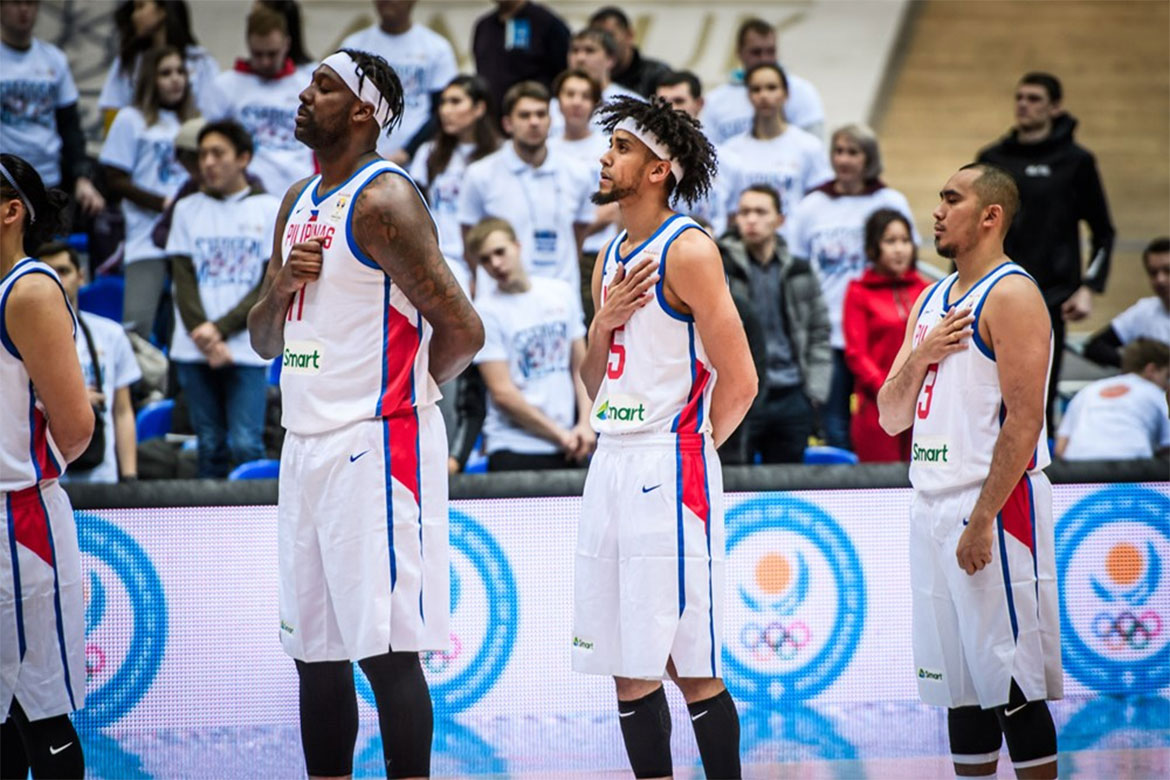 Though the road to China has been rough, the result is all too sweet for the Philippines.

Behind another dominant outing by Andray Blatche, and the will of the likes of Jayson Castro and June Mar Fajardo, Gilas Pilipinas went all-out, blasting Kazakhstan, 93-75, early Monday (Manila time) at the Republican Velodrome Saryarka in Astana.

With the win, Gilas end their 2019 FIBA World Cup Asian Qualifiers campaign as the best fourth-placed team with a 7-5 record in Group F. The Philippines had a little assist from Ricardo Ratliffe and South Korea, as the country’s continental rivals took a huge 84-72 come-from-behind win against Lebanon in Zouk Mikael.

“We are just glad that it’s over. We were feeling the pressure prior to this game – we really wanted to make it to the World Cup,” said Gilas head coach Yeng Guiao, who took over from Chot Reyes after the first round of the Qualifiers.

But in this game, it was Blatche who towed the Philippines to China. The naturalized Filipino dropped 41 points on 12-of-20 shooting from the field and 12-of-14 shooting from the stripe to go along with 14 rebounds, four steals, three assists, and two blocks.

“Andray carried us on his shoulders in the first half, he was on fire. I was kind of worried that the rest of the guys were going to over-rely on him,” recalled Guiao.

The 6-foot-11 big man out of Syracuse, New York was unstoppable in the game, already tallying 34 markers during the third canto to give Gilas cushion against the Kazakhs.

“It was a very emotional game for us. We knew what was at stake for us – it was win or go home. We competed from the start to the end. We had some minor speed bumps in the game, but we stuck to it,” said Blatche.

Blatche was assessed his fourth foul with 3:45 left in the third stanza, however, after a name all too familiar to Filipinos, Alexandr Zhigulin, drew an offensive foul.

Inspired by Blatche’s herculean effort, Jayson Castro and June Mar Fajardo then took the cudgels. With Castro raining threes and Fajardo being a menace inside, Gilas extended their 60-51 lead to a 70-55 advantage.

Castro had 15 markers built on four triples, while Fajardo had nine points and seven rebounds.

“It was important that we were able to survive the foul trouble he was in,” Guiao exhaled.

Not wanting to leave anything to chance, Gilas showed no mercy to the Kazakhs, who embarrassed them at home last November 30, 88-92. Gilas would lead by as much as 20 points late in the game.

Anthony Clemmons paced Kazakhstan with 27 points and nine dimes, while Dmitriy Gavrilovan and Zhigulin chipped in 12 and 11 points respectively.

The World Cup takes place from August 31 to September 15 in China.