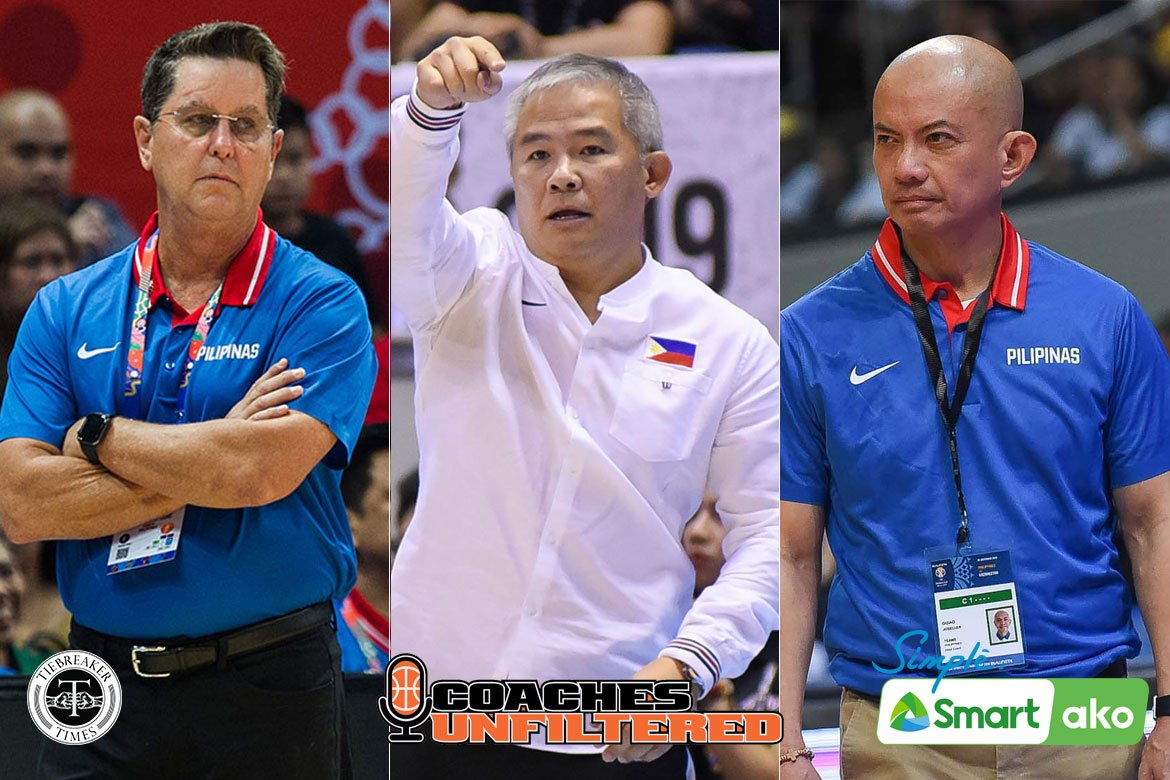 Chot Reyes revealed that it was Yeng Guiao who gave him his toughest battles on the hardwood over the course of his decorated coaching career.

The 57-year-old said as much in Tiebreaker Vodcasts’ Coaches Unfiltered, presented by SMART and supported by Mighty Sports and Choi Garden.

“For me, the toughest to play against is coach Yeng. Because he’s very unpredictable,” said Reyes.

Guiao gave Reyes one of his early heartbreaks as a coach when they crossed paths in the 1993 PBA Commissioner’s Cup Finals.

Back then, they were two of the youngest coaches in the league — Reyes was just in his first head coaching gig, while Guiao was in his third season.

But like in any other competition, one has to emerge triumphant. And it was Guiao who came out on top, leading Swift past Reyes’ Purefoods in six games to win the crown.

It denied Reyes his back-to-back titles, as he looked to follow up on the golden finish he had in the season-opening All-Filipino Conference.

“It’s very difficult to play him,” said Reyes, who up to now still owns the distinction of the youngest coach to win a PBA championship at age 29.

Despite the numerous wars, Reyes has nothing but respect for Guiao. And in fact, he appreciates the support he showed during the rough times he had.

And that included the ugly Gilas Pilipinas-Australia brawl in 2018 that proved to be Reyes’ last stint with the program.

“‘Pag kakampi mo siya, he’s the best guy to have in your corner,” said Reyes, a many-time national team mentor.

“When everyone was bashing me after the Australia game, Yeng came to my side and said ‘Of course ‘yun din ang gagawin ko’,” he continued.

That brawl led to major changes in the Gilas program, including the appointment of Guiao in Reyes’ place.

The coach of the Powerade Team Pilipinas first handled Gilas on an interim basis before he was officially named its coach until the 2019 FIBA World Cup.

So as his way of showing how grateful he was for going by his side, Reyes extended a helping hand to Guiao while he steered the ship for the program.

“I was constantly texting him all throughout — the run-up in the Asian Games, in the Worlds. I’ve always had that healthy respect.

“Yeng knows we have a lot of healthy respect for each other,” furthered the PBA’s only five-time Coach of the Year awardee.

Aside from Guiao, Reyes also mentioned 22-time champion coach Tim Cone as one of those who gave him a hard time on the court.

“And of course, my good friend Tim. Very hard to play because he’s always very well-prepared and everybody knows how great of a coach he is,” he said.

Per PBA stats chief Fidel Mangonon, Reyes and Cone have met six times in the Finals, and they have won three championships apiece.

READ  Aldin Ayo remains laser-focused on long-term goal: 'We just did not play our game'

Reyes is one of only two coaches whom Cone does not have a winning record against in the Finals, according to Mangonon.

The two go way, way back. Reyes started his PBA coaching career as one of Cone’s deputies in Alaska before taking his act to Purefoods in 1993.

The two have developed a deep bond across their encounters. And that, for Reyes, is what makes it even tougher for him whenever he goes up against Cone.