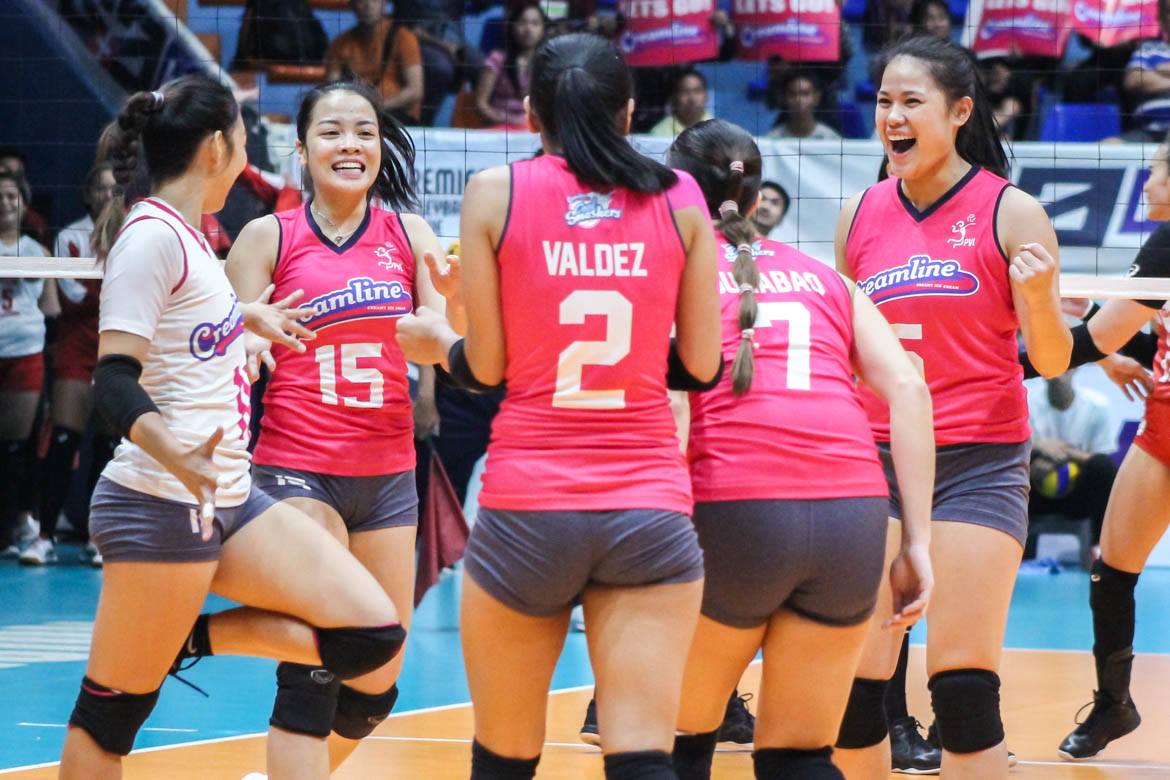 Defending champion Creamline was off to a strong start against Petro Gazz in the title series opener of the 2019 PVL Open Conference, Wednesday.

But though the Cool Smashers seemed in control heading into the succeeding sets, the Angels regained their footing and dictated the tempo in the second set.

It was easy to see that the scales tilted in Petro Gazz’s favor, as it sat at a 14-9 cushion. Still, Creamline’s championship mettle and vaunted composure shone.

The Cool Smashers then whittled away the deficit and forged a deadlock at 21. Given how Creamline has dealt with tight affairs in recent conquests, the script dictated that main hitter Alyssa Valdez would be the one to take charge down the stretch.

But there emerged another possible scheme.

“What I saw in today’s game, Jema really matured from the first time I get to be with her as a teammate. Iba na ‘yung growth niya as a player and as an individual,” Creamline skipper Valdez opined.

Galanza, one of the frontrunners in the conference Most Valuable Player award, zeroed in. She met Paneng Mercado at the net, roofing the Angel by her lonesome. This gave Creamline the lead, 22-21, which incited a set-clinching 4-1 run — sealed by none other than Galanza’s down-the-line hammer.

In the decisive third chapter, Galanza delivered in the clutch once again. Figuring in a frenetic rally with the scores at 26-25 in favor of Creamline, the former Adamson standout silenced Petro Gazz with a crushing blow to take Game One.

For Galanza’s part, she’s simply grateful that all of her hard work has been translating to victories for the Cool Smashers, who also earned their 19th straight win to move on the verge of a tournament sweep. At the end of the day, though, she hopes that they would defend their throne come Game Two.

Brent Paraiso provides spark for UST: ‘We wanted it more’