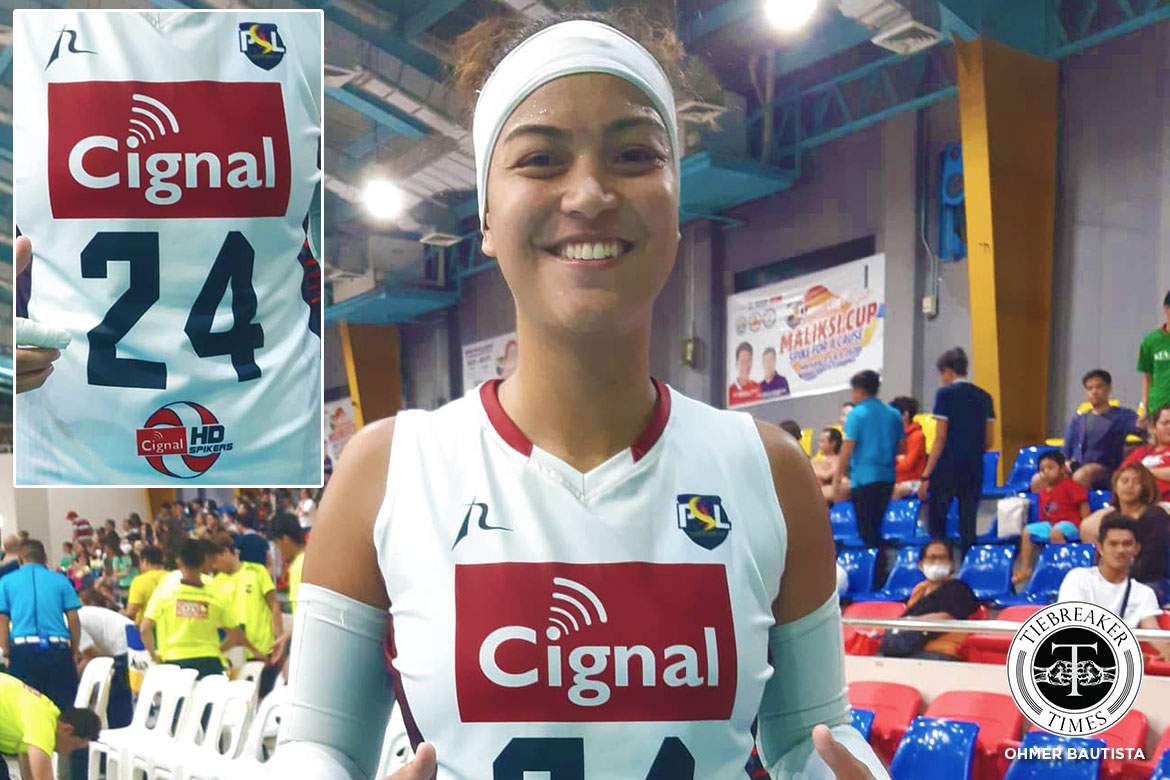 For most of his legendary two-decade career in the NBA, the late Kobe Bryant was one of, if not the most polarizing figure in the basketball realm.

His unrelenting pursuit of greatness, cerebral approach to the game, and ability to score in a plethora of ways — on top of countless jaw-dropping moments — had been some of the many reasons why people loved Bryant back in his heyday.

But, of course, he had also been on the receiving end of plenty of hate. And a young Alohi Robins-Hardy used to be among those who detested the Laker legend.

“He wasn’t my biggest hero, my idol, you know,” Robins-Hardy bared.

“I honestly used to hate him as a child. I grew up hating him.”

This shouldn’t come as a surprise for those who know the Fil-Hawaiian playmaker. She loves the beauty of winning through collective effort, and Bryant’s dogged determination to carry the purple and gold to victory by his lonesome runs contrary to that.

“A lot of people didn’t like him because he would never pass the ball. That’s the biggest thing,” shared Robins-Hardy, who also played varsity basketball back in the day.

But as an athlete who has given her blood, sweat, and tears to a sport, Robins-Hardy couldn’t help but relate to Bryant’s obsessive desire for success. She learned to respect his exceptional work ethic, as well as his mantra — the Mamba Mentality.

Needless to say, her hatred turned into admiration.

And so when tragedy befell the 41-year-old Bryant and his daughter Gianna, including seven others, over a week ago, Robins-Hardy — like the rest of the world — grieved.

“It was tough for me,” she uttered under her breath. “It’s just a tragedy, you know. A very tragic loss for basketball fans as I am. I used to play basketball when I was a kid in college and in high school.

“Just a tragic loss worldwide for a lot of fans.”

But Robins-Hardy is pressing on. She’s channeling the excruciating pain into her strength in a never-ending bid to be the best version of herself. After all, she’s carrying the Black Mamba’s mindset.

“Just the Mamba Mentality. I got to stick through it and just work hard every day,” the 6-foot-3 setter said.

“When I’m down, I just got to remember what he would do. And I think that’s a way we can live on his legacy, is by having that Mamba Mentality every day, whether you’re playing a sport or not.”

But besides living the legacy that Bryant has left, Robins-Hardy decided to pay a loving homage to the icon the best way an athlete like her can — to wear the number 24.

She has started to don her new jersey number in Cignal’s campaign in the 2020 PSL Imus City Mayor Maliksi Super Cup: Spike for a Cause this week. It won’t be a career-long thing for her, though, saying, “At least for this year, so we’ll see.”

But for as long as she has that iconic number on her chest, expect Robins-Hardy to lay it all on the line like the Mamba himself.

“So, yeah, this one’s for Kobe. This is also my Mamba year. So I’m dedicating it for myself, to Kobe, and to all those who lost their lives last week,” said the former BYU standout, who wore the number 6 for Cignal last season.

It is no secret that the late Bryant, a five-time champion, was once one of, if not the most polarizing figure back in his prime. But whether you loved him or hated him, one thing is certain — he left an indelible mark on all of us.

“As I said, I respect his game to this day. I respect his work ethic. And seeing him develop as a player, as an icon, and as a legend really motivates me to do the same — to be an inspiration to the younger generations and just to live out his legacy.”