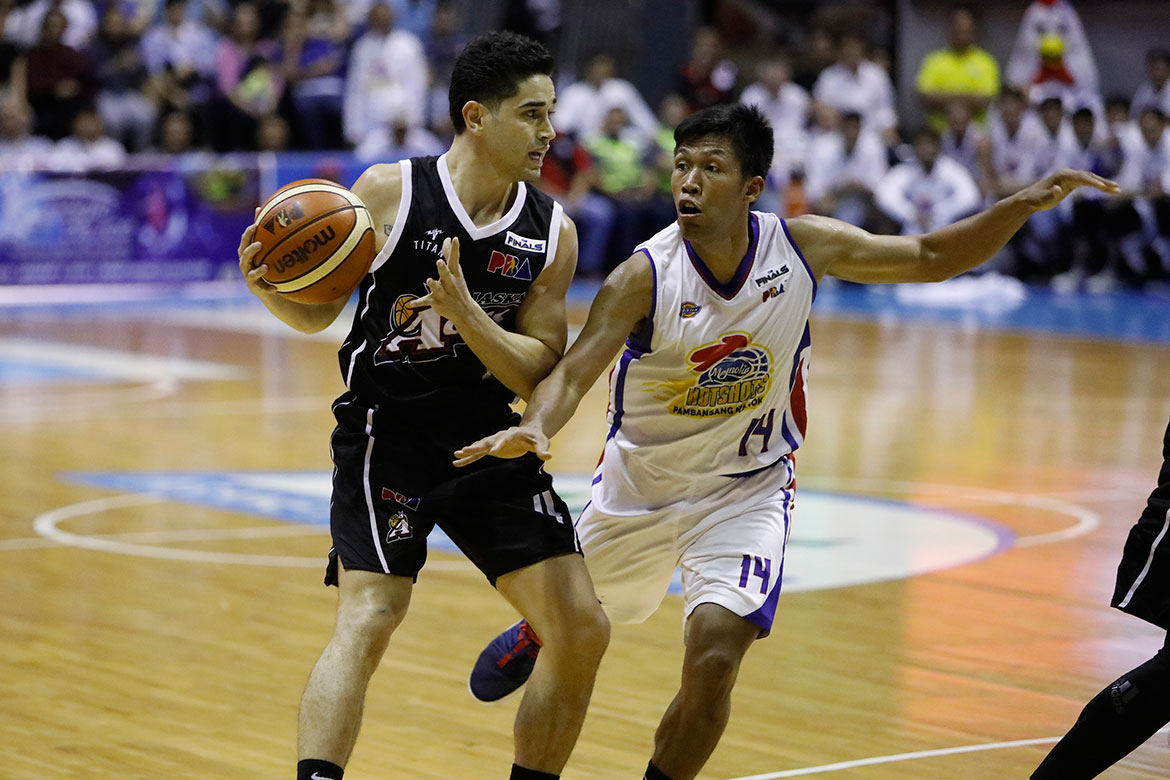 The Alaska Aces may have won Game 4, 90-76, but it did not stop head coach Alex Compton from blasting the ‘dirty basketball’ of Magnolia, late in the heated match of their 2018 PBA Governors’ Cup best-of-seven Finals series at the SMART Araneta Coliseum.

At the 2:40 mark, as Mike Harris were taking his free throws, Chris Banchero took a ‘low blow’ to the groin from Mark Barroca, which Compton could not believe was a non-call.

The Aces guard doubled over in pain, and had a difficulty getting up. He eventually shrugged it off to tow Alaska to a huge win that tied the series at 2-2.

But Compton refuses to let the act go unnoticed.

“First I’m glad we won. But second, if we’re gonna get punched multiple times and there aren’t calls or suspensions, I’ve got a problem,” an outraged Compton declared.

“To call it anything else would be a lie, and I’m not a liar.”

Compton asserted that the play was ‘overboard’ even with the gritty, honest defense of both teams.

“You guys saw it. We didn’t do anything dirty. We got tripped twice in Game 2 and contact wasn’t called,” he said.

Compton also said he is only standing up for his players, and does not mean to question the officiating despite his fighting words.

“I’m curious what will happen. I don’t think I should get in trouble or fined for saying that, because I have a right to protect my players,” he pointed out.

“Between now and tomorrow, I’m very curious to see what will be done.”

Nevertheless, Compton is proud of how his wards took the ‘punch’ like a man and still prevailed in the end.

“I’m proud of my guys because we made a deal. You have to be able to take a punch for our team and now throw one back. I’m proud to be part of our team.”