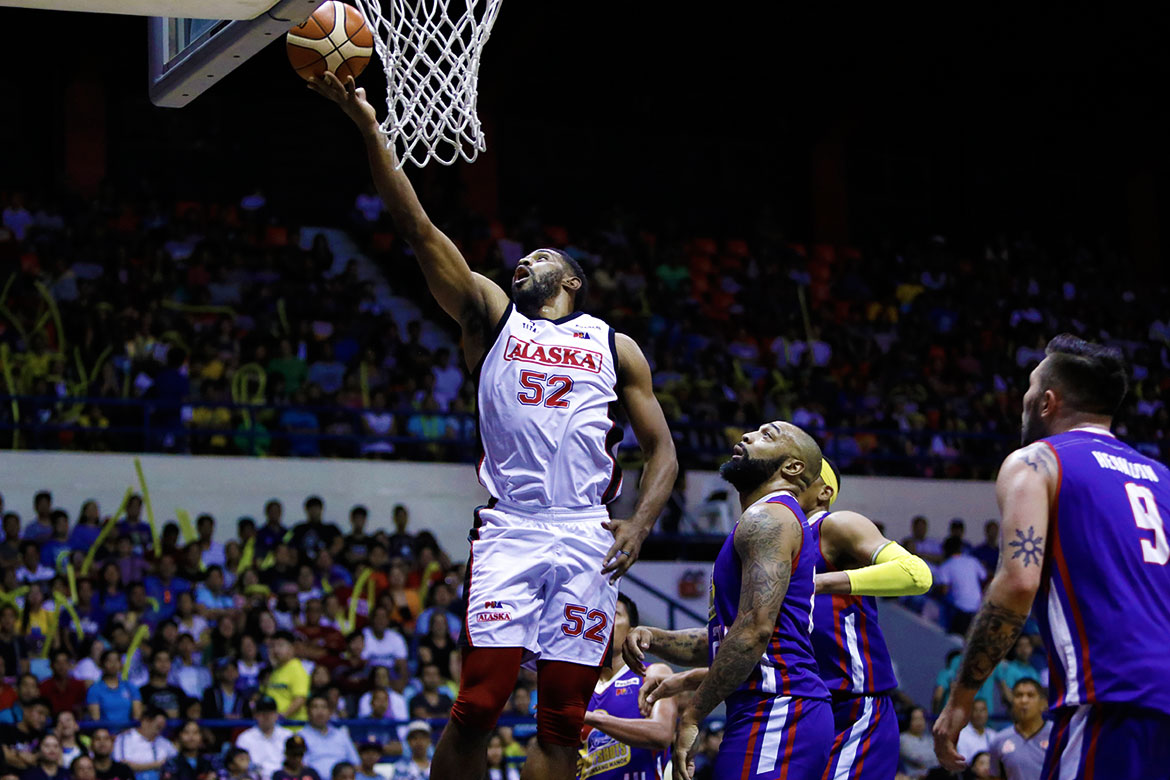 From being down 0-2, the Alaska Aces have now pushed the 2018 PBA Governors’ Cup Finals to a virtual best-of-three following their 90-76 win over the Magnolia Hotshots in Game Four, Wednesday at SMART Araneta Coliseum.

The Aces started to take control of the match by opening the game with an overwhelming 20-7 scoring spree, before Mike Harris along with Chris Banchero and the crew applied the finishing touches to secure the victory.

Harris, the newly-minted Best Import awardee, led Alaska with 34 points and 22 rebounds. Banchero, who got edged by Magnolia counterpart Paul Lee for the Best Player of the Conference plum, had 17 points, six caroms, and five assists.

Milkmen’s outspoken head coach Alex Compton was proud with the way his wards played to tie the best-of-seven series, but was totally seething in dismay for what he called “dirty basketball” coming from the opposition.

Compton expressed his disappointment towards the no-call by the referees after Magnolia guard Mark Barroca apparently hit Banchero in the groin during a free throw situation with about 2:31 left to play and with Alaska up, 78-69.

“I’m glad we won, but second, if we’re gonna get punched multiple times and there aren’t calls or suspensions, I’ve got a problem,” Compton said. “Somebody punched Chris in the testicles. At what point is it gonna get called?

“I’m not happy about that one bit. It’s dirty basketball.

“But I’m proud of my guys because we made a deal. You have to be able to take a punch for our team and now throw one back. I’m proud to be part of our team,” added the seasoned bench strategist. “We’re now starting a best-of-three.”

Romeo Travis, who suffered a cut above his nose bridge halfway through the third quarter after an aggressive drive to the basket amid the Aces’ phalanx of defenders, led the Hotshots with 29 points and 13 rebounds.

Lee was a couple of rebounds short from a double-double with 14 points and eight boards, while Ian Sangalang chimed in 11 markers and seven caroms.

The two teams will now look to gain the lead in the pivotal Game Five this Friday, December 14, still at the Big Dome.