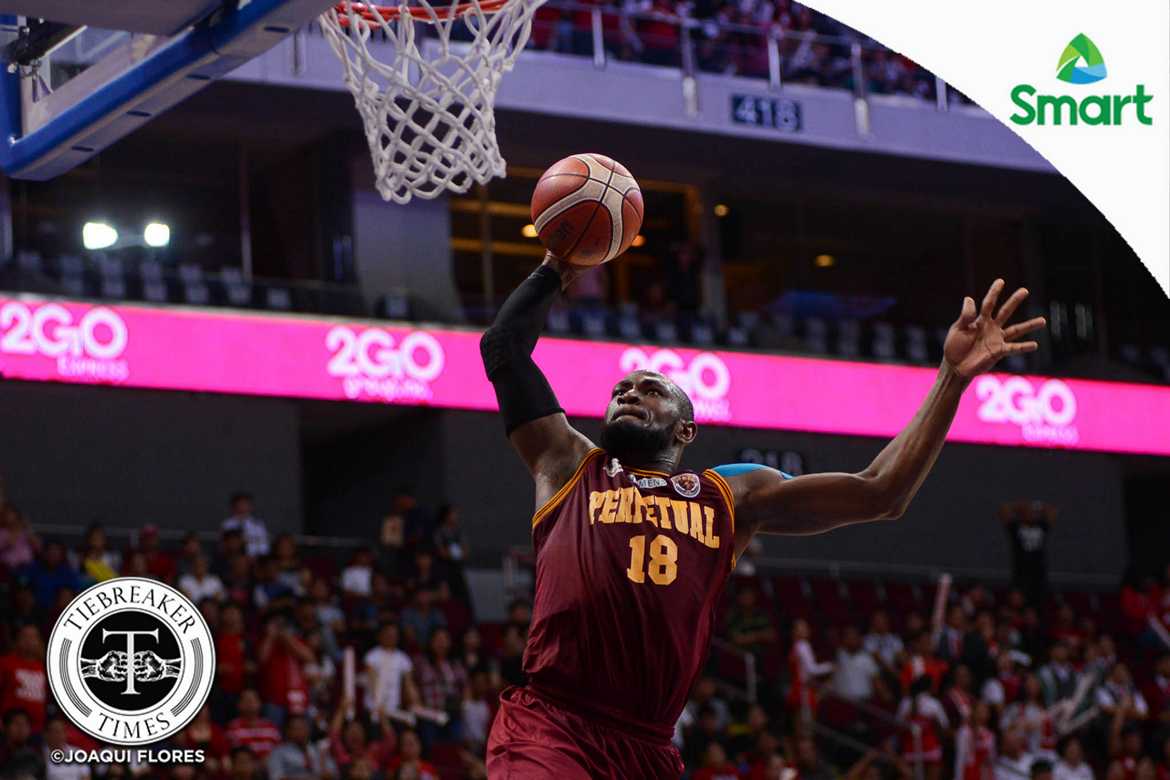 Cameroonian student-athlete Bright Akhuetie missed the final elimination round game of the University of Perpetual Help System DALTA Altas due to a school-sanctioned suspension imposed on him.

According to reports, Akhuetie had a heated confrontation with Perpetual assistant coach Nwosa Omorogbe that led to the suspension. The Perpetual big man though faced the sanctions like a man, keeping mum about the situation.

Showing no signs of conflict with his team, Akhuetie returned to Perpetual’s line-up Friday afternoon as the Altas faced the San Beda Red Lions in its Final Four series.

“New look. [It’s my] playoff look,” the charismatic big man, who was making his NCAA playoff debut, said about his new hairstyle.

The 6’8″ big man posted a double-double in the game with 15 points and 11 rebounds to help Perpetual extend the series to a win-or-go-home game on Tuesday. However, the 19 year old committed seven of the 30 Perpetual turnovers.

“We had a lot of turnovers, obviously,” he lamented. “But we won so it means we had some things we did right.”

The win and his contribution to the Perpetual community also meant that every one has moved on from the incident between him and Omorogbe. And he plans to move on from it for the sake of the team.

“Water under the bridge.”