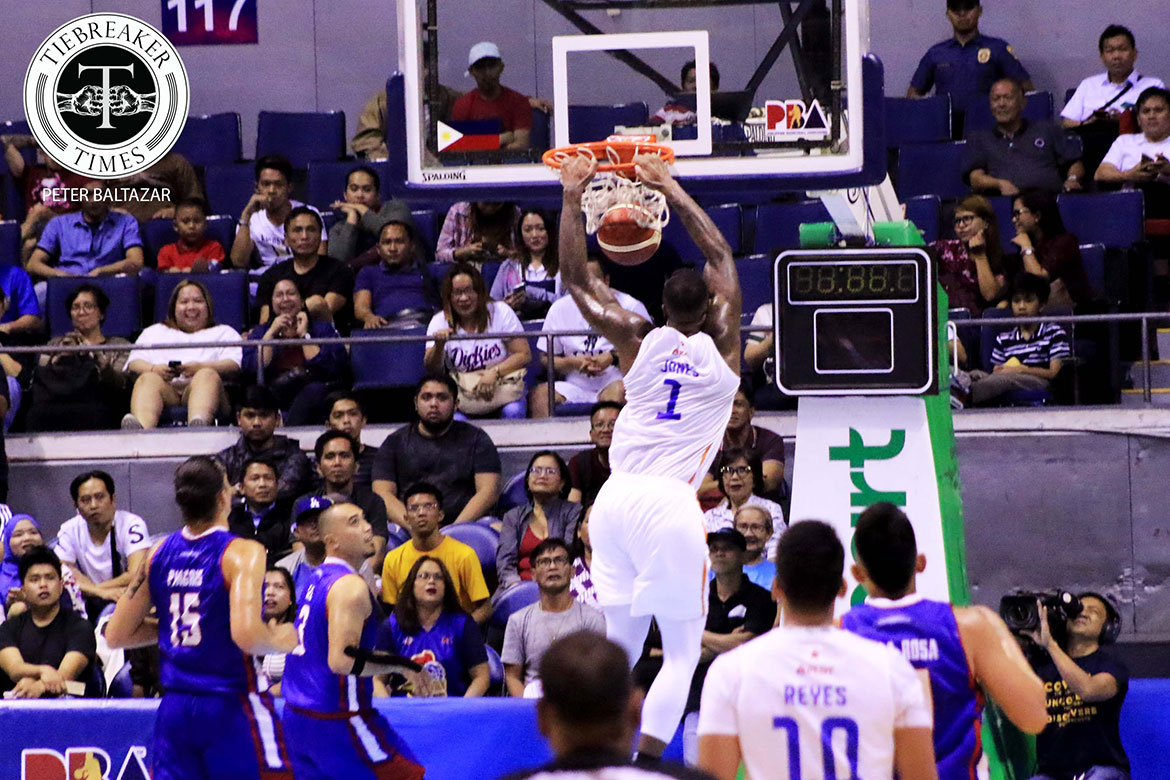 During his first days as the TNT KaTropa’s import for the 2019 PBA Commissioner’s Cup, Terrence Jones has shared that he has an eight-year-old son who has Filipino blood.

The NBA veteran also said during that time that he, one day, would like to bring him here in the Philippines so that he could make him “see a little bit of his culture and have fun with it.”

Well, that time has come.

His son Ajani is already here in the country, and he watched his father live at the SMART Araneta Coliseum when the KaTropa took on the Magnolia Hotshots, Wednesday evening.

Ajani, who was wearing a kid-sized version of Terrence’s white KaTropa jersey, even spent some time with his dad’s teammates during their usual halftime shootaround.

Terrence is, of course, happy.

“I’m excited for him. He’s excited all day.

“He’s been up since five am so he’s tired now, but he had a great time in the practices and at the games so I’m very happy he’s here,” he said.

The 6-foot-9 forward said that having his son around watching was an added motivation. And that translated to the court as he had 26 points, 13 rebounds, eight assists, and five blocks.

More importantly, the KaTropa won, 98-83, to clinch the top seed heading into the quarterfinals.

“Definitely motivation,” said Jones after the win, which was TNT’s 10th in 11 games in the elimination round.

“And he said he wanted to win. I got him that and I’m happy that he’s here.”

Rusty Akeem Christmas looks to move on from disappointing debut