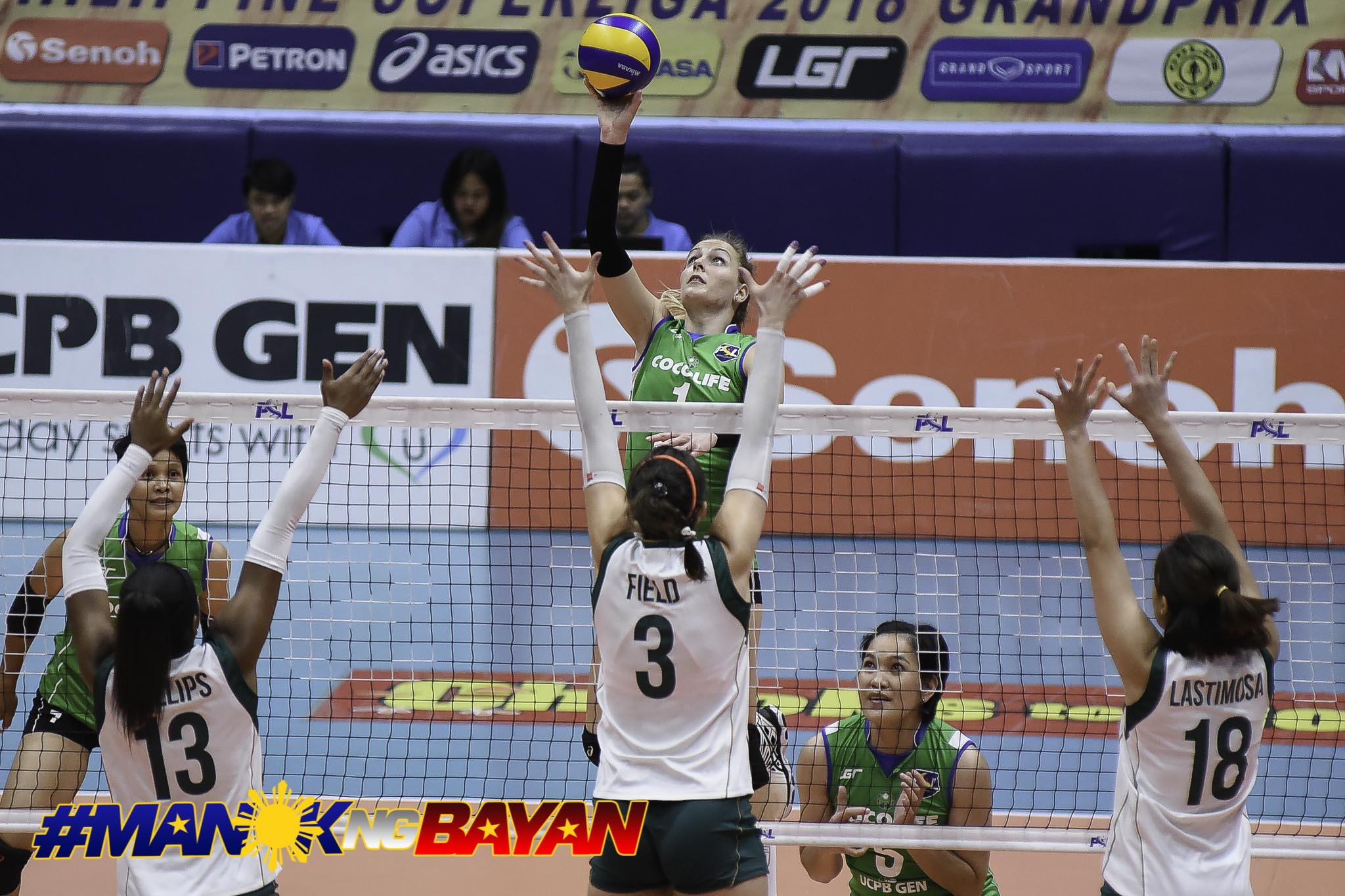 Banking on high-scoring import Sara Klisura, the Cocolife Asset Managers scored a four-set win over the Sta. Lucia Lady Realtors to start the second round of the 2018 Chooks to Go-Philippine Superliga Grand Prix on a high at the FilOil Flying V Centre.

The Serbian Klisura tallied 29 points off 25 attacks, three aces, and a block to power the Asset Managers to their fifth win in eight outings.

Klisura provided crucial points in the fourth set, after her squad nearly relinquished a 23-18 advantage.

“Sta. Lucia played really well, they showed that they didn’t want us to get the win that easy,” said the PSL record holder for most points in a match.

“We’re getting better as the season goes along. Hopefully, it continues for us,” she added, referring to their disastrous 0-2 record to start the Grand Prix.

Cocolife take on the Smart Prepaid Giga Hitters (0-9) on Saturday at the Batangas Sports and Convention Center. The Lady Realtors slid to a 3-5 card, and next face the Petron Blaze Spikers (9-0) on Thursday at the FilOil Flying V Centre.