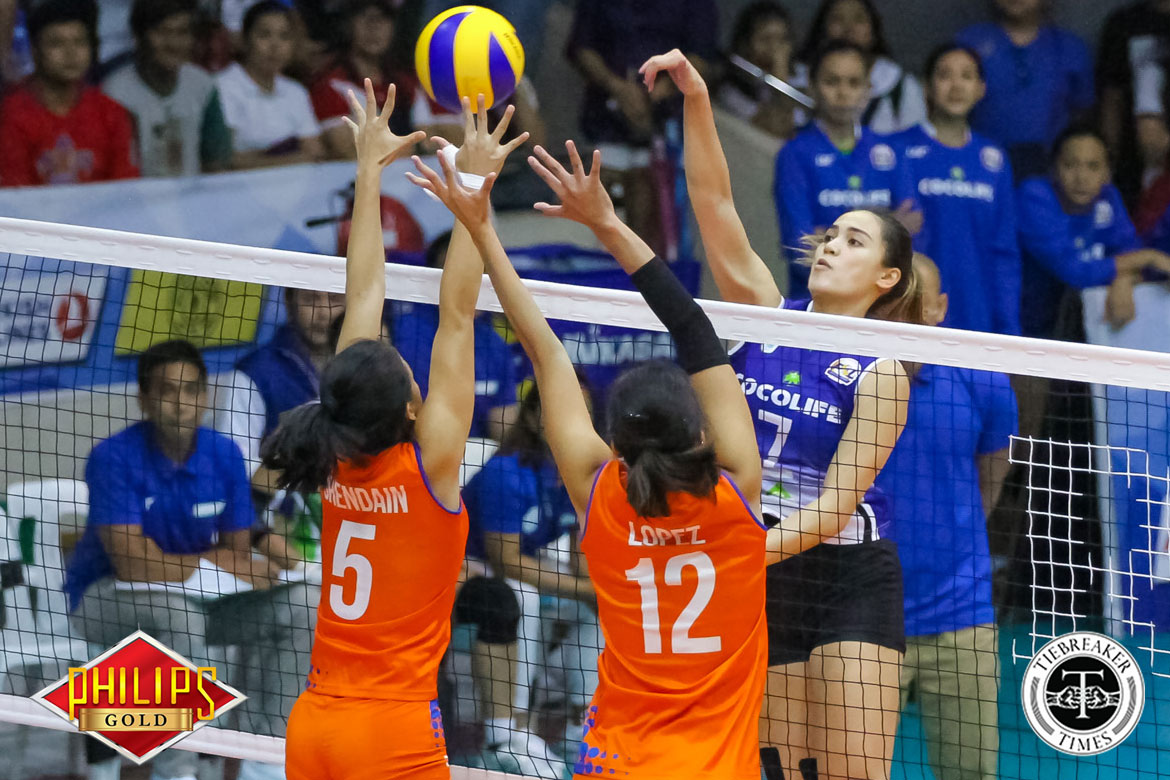 Joanne Bunag and Michele Gumabao of the Cocolife Asset Managers escaped the Generika-Ayala Lifesavers in a five-set thriller, 25-18, 25-22, 17-25, 19-25, 15-10, Tuesday evening in the Imus City Sports Complex in Cavite City.

Gumabao led the charts with 27 points, 22 coming from attacks. She was supported by veteran Bunag with 17 markers including the crucial finishes in the final set.

The Asset Managers led early by two sets as Angelica Cayuna and Gumabao’s connection did most of the damage. Cayuna tallied 19 excellent sets. However, Generika-Ayala managed to extend the match to five sets, as Fiola Ceballos continued to be consistent with her attacks.

Ceballos finished with 15 points, while Angeli Araneta has 12.

Come the decisive set, it was initially a seesaw battle, but Cocolife managed to earn a lead of four, 9-5. Their errors held them back but 35-year-old veteran Joanne Bunag, with her composure and smarts, outwitted Generika to finish the match with an emphatic attack at 15-10.

Cocolife will play on Saturday, July 8, in Lipa City for the battle for fifth, which is also their last match for this tournament. With their win today, Coach Kungfu is more motivated to finish stronger on Saturday.