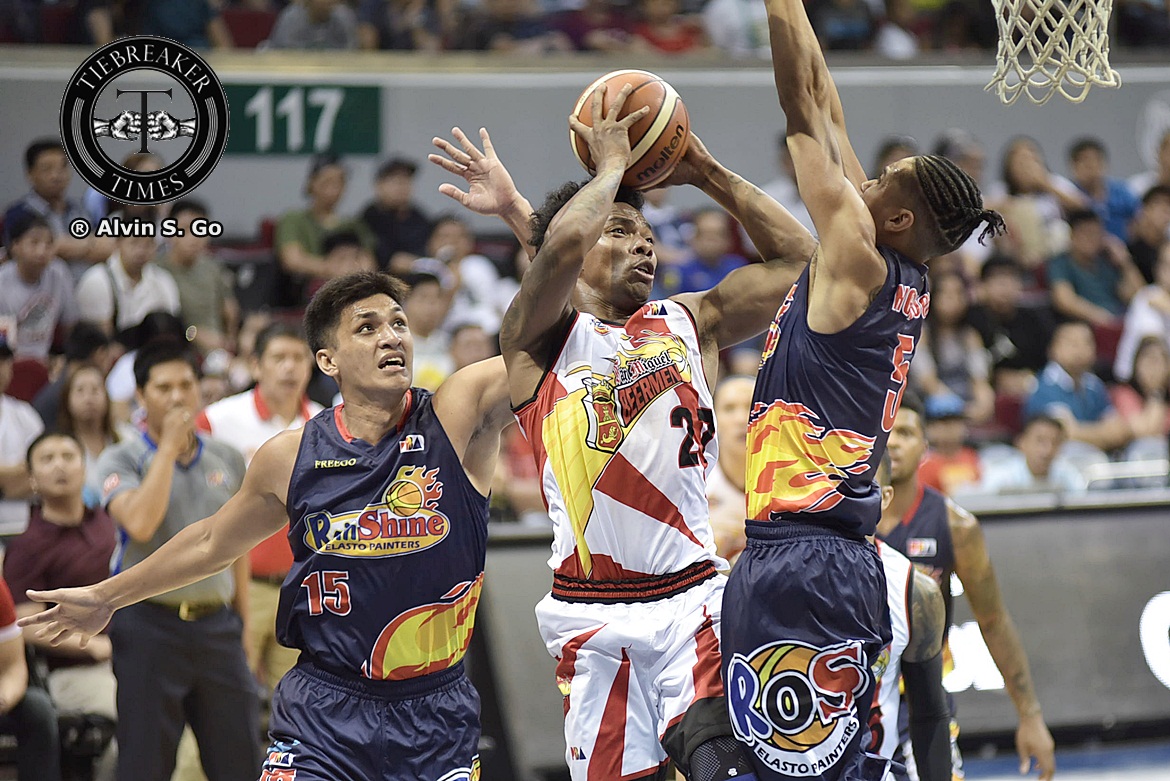 The good times continue to roll for San Miguel Beermen.

With almost every one fielded contributing on offense, the dominant Beermen resumed their winning ways, drubbing the Rain or Shine Elasto Painters, 111-98, for their fifth straight win on Saturday at the SM Mall of Asia Arena.

“Yeah 5-0, but actually it’s not that easy to get to win number five, especially with this game,” shared SMB head coach Leo Austria. “In the start, our big men went into foul trouble earlier, especially Charles Rhodes.”

Import Charles Rhodes led the way fro San Miguel with 26 points — 14 in the payoff period — on 60 percent shooting along with six boards, two assists, and a block in the 23 minutes he played. However, he had five fouls.

The Beermen had their first taste of a comfortable cushion late in the second half, 55-40, after three straight buckets from Marcio Lassiter, Arwind Santos, and Gabby Espinas with 1:34 to go. From there, it was all Beermen.

“This is just our fifth game. Hopefully we continue to roll,” hoped Austria.

Shawn Taggart led the Elasto Painters with 24 points and 10 rebounds, but committed seven turnovers. Backcourt players Maverick Ahanmisi and Jeff Chan backed him up with 16 points each on a combined 13-of-20 shooting.

The Beermen shot a notable 52 percent on the floor in the win. They also converted Rain or Shine’s 21 miscues to 27 points. Their bench provided 35 points to their total output.

San Miguel will look to go undefeated as they square up against TNT on May 5, Friday, 7:00 PM at the SMART-Araneta Coliseum, while Rain or Shine will try to bounce back versus Star on May 6, Saturday, 5:00 PM, in Batangas City.