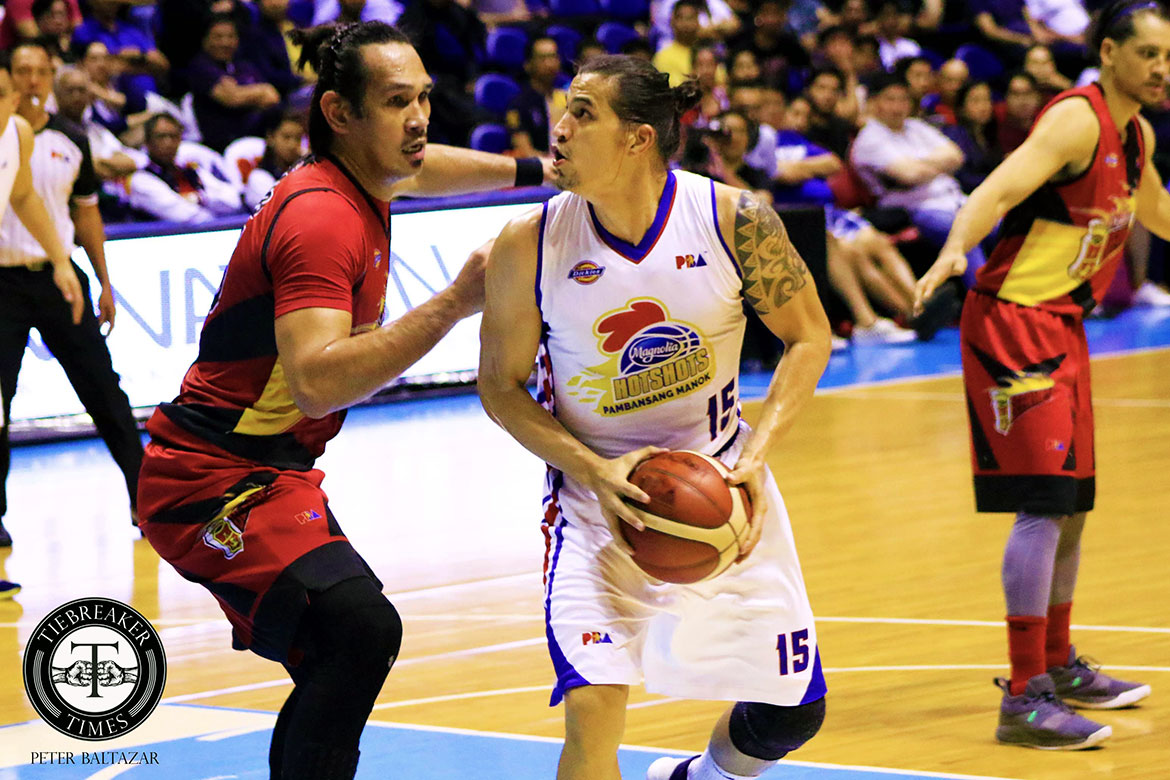 Reigning five-time MVP June Mar Fajardo was downcasted after his San Miguel Beermen absorbed a humiliating 82-118 beating in the hands of the Magnolia Hotshots in the 2019 PBA Commissioner’s Cup, Wednesday night.

Despite the loss — the Beermen’s fourth in six outings — Fajardo still had a reason to be glad about.

It’s him seeing his close pal Marc Pingris be back on the hardwood after nearly 16 months away from it.

Pingris played his second game from that long layoff Wednesday, and that also meant meeting Fajardo again — the Gilas Pilipinas teammates last played against each other in the 2018 Philippine Cup elimination round.

When Pingris went down with an ACL tear last year, Fajardo was one of the first players to visit him in the hospital. He was also there before and after Pingris’ surgery.

For the gentle giant from Cebu, he believes that Pingris’ return to Magnolia is definitely a big boost to the Hotshots, who have now won four straight matches after starting the mid-season joust with back-to-back losses.

READ  Jared Dillinger makes promise to Ginebra crowd: 'When I’m already 100%, I will play right away'

Madayag, Wong wanted to join U23 squad, Carlos, Molde had to beg off, bares Kungfu Reyes