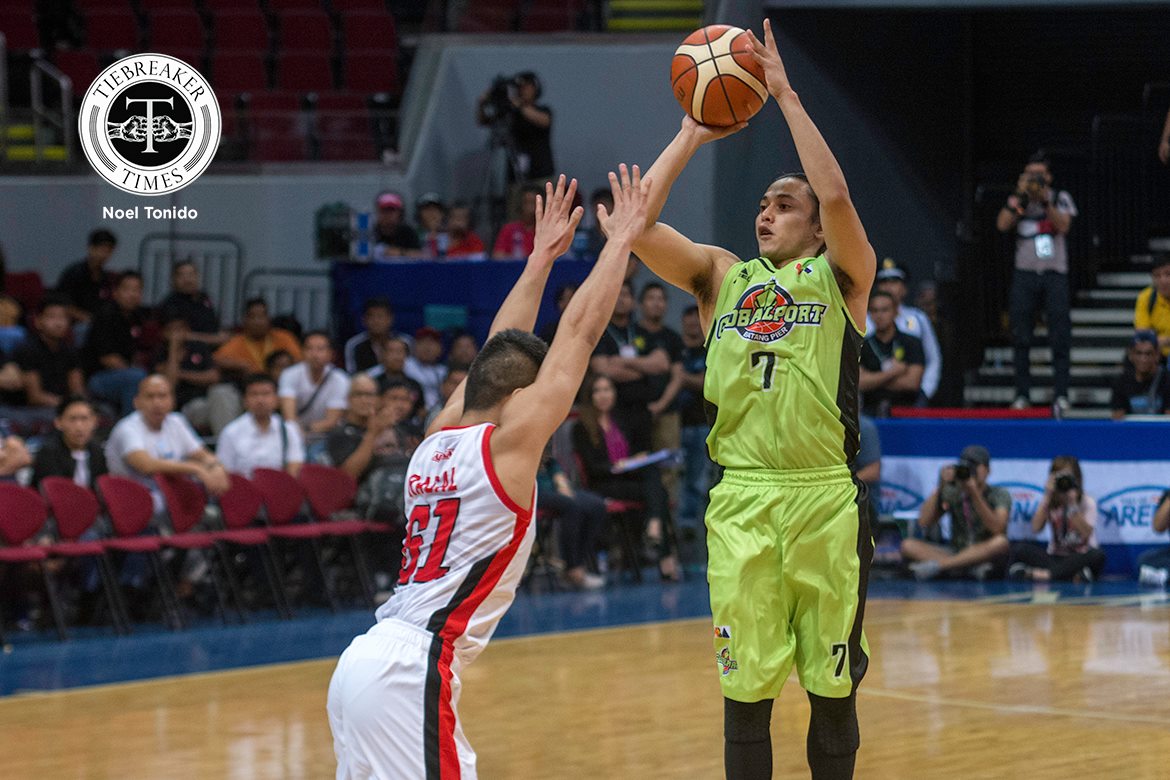 The surging Globalport Batang Pier became the eighth and final team to barge into the quarterfinal stage with a down-the-wire triumph over the skidding Alaska Aces, 107-106, Sunday night at the SM Mall of Asia Arena.

“I guess we surprised a lot of people. No one imagined us to be in this situation, to be in the quarterfinals. Just last month I think most of the basketball fans, they were thinking we were ready to fold and go on a vacation,” said Globalport head coach Franz Pumaren in the win.

The Aces, on the other hand, have dropped to am alarming eighth straight loss, and will miss the playoffs for the first time since the 2012 Governor’s Cup.

Justin Harper came up big for the team in green with 32 points on a 47 percent shooting clip alongside 17 rebounds. Backcourt duo Terrence Romeo and Stanley Pringle provided ample support with 26 and 21 markers, respectively, and combined for 11 caroms.

Down by six, 80-74, early in the final period, the Batang Pier retaliated and stole the upper hand, 101-100, after a contested triple from Terrence Romeo with 2:12 to go. Chris Banchero though replied with a bucket 11 ticks later to lift the Aces up again, 102-101.

Pringle’s shots from the foul line with 30.7 seconds left sent Globalport up once more, 103-102, but Calvin Abueva responded and made a one-hander off the glass over the defense of Sean Anthony to give Alaska another solitary-point advantage, 104-103.

That became Alaska’s final glimpse of being on top. Romeo swished another triple from the top, this time all over Kevin Racal to give the Batang Pier a 106-104 lead. Abueva tried to will his team back, but his lay-up with 5.3 ticks left rattled in and out of the rim.

Harper then split his charities to give the Batang Pier more breathing room. The Aces had one last shot to tie things up and send the game to an extra period, but Simon Enciso’s three-point attempt from the right corner went short, sealing the deal for Globalport.

“I guess today’s game is a testament that the boys, they don’t want to go on a break yet. It’s going to be a tough series for us, just a one-day rest and we’re playing the number one team, the team that’s on a streak. Hopefully we can sustain the run,” added Pumaren.

The slumping Aces were anchored by Cory Jefferson with 32 points and 16 rebounds, and by Abueva with a career-high 31 points on 63 percent shooting to go with 13 rebounds, three dimes, and two blocks. Banchero added 16 markers on 11 shots.

Globalport shot 47 percent, and edged their counterparts in rebounds, 54 to 47. However, the Batang Pier had more turnovers compared to Alaska, 22 to 8, and the Aces took advantage of their miscues and turned it to 24 markers. 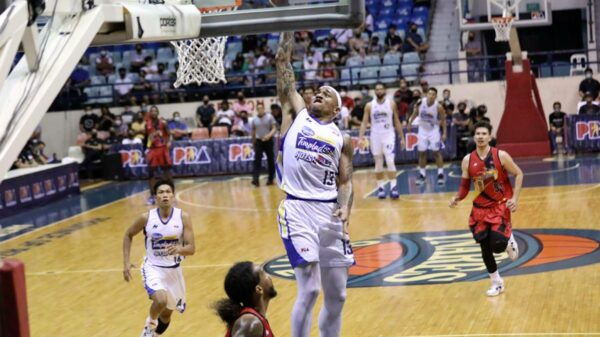