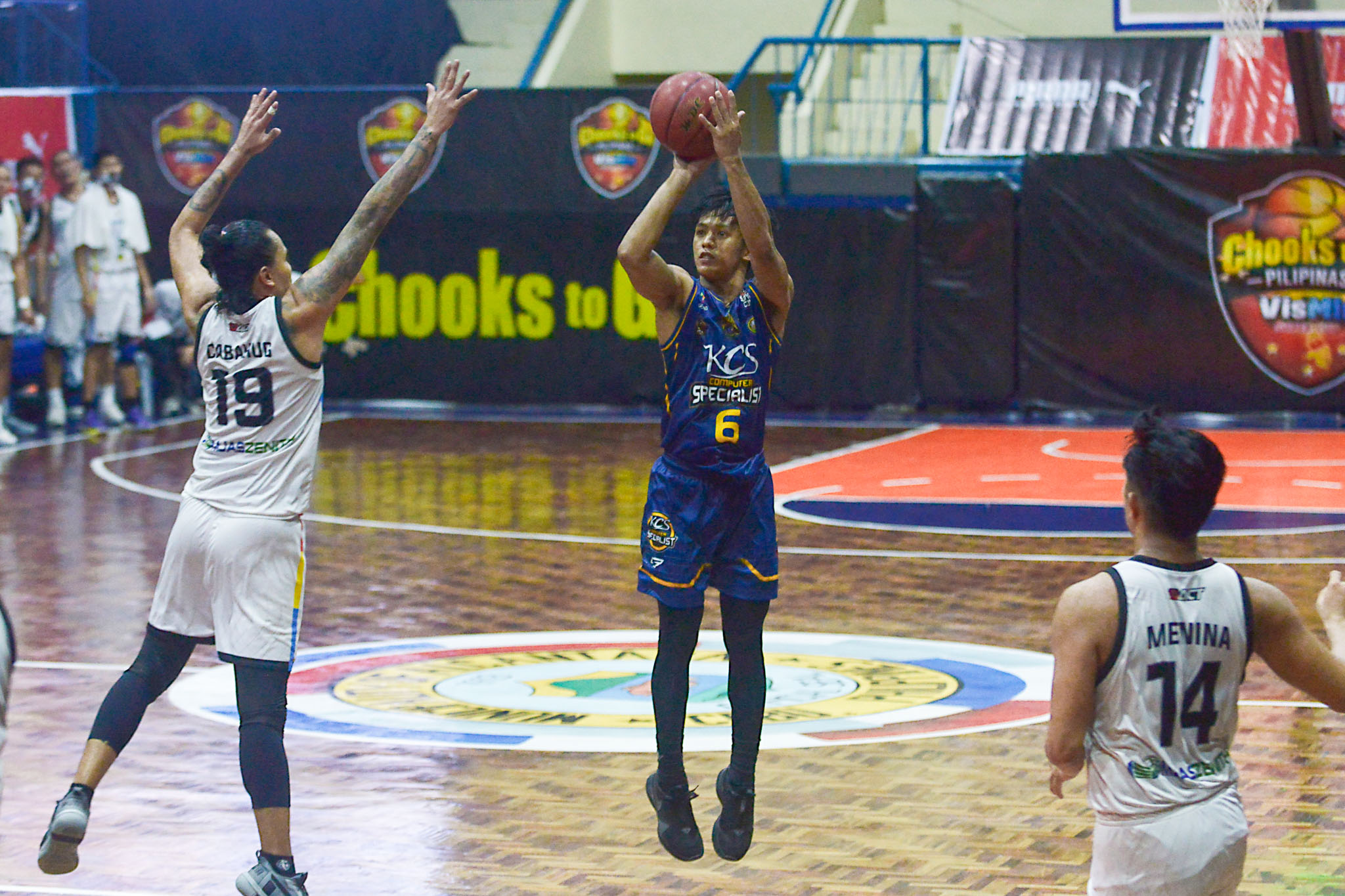 Imperial’s heroic triple with 40 seconds left rescued KCS from the jaws of defeat as they squandered an 11-point lead in the fourth period.

KCS will try to capture the Visayas championship when it tangles with MJAS anew in Game Two on Saturday, 7 p.m.

With Talisay up by two, 66-64, after Darrell Menina calmly made two free throws, Imperial missed a triple, got the rebound and then, missed a short jumper. His confidence unshaken, Imperial got the ball back after an offensive rebound by Michole Sorela and sank a triple to push KCS ahead, 67-66.

Talisay had a shot at regaining the lead after big man Jhaymo Eguilos got fouled on their offensive. However, the center flubbed both freebies, and Mandaue forward Dyll Roncal secured the rebound to give his team possession with 32 ticks to go.

On KCS next time down the court, Sorela clanked a short baseline jumper while fellow big man Bernie Bregondo missed a putback. Season MVP Jaymar Gimpayan came away with the loose ball with six seconds to go but could not call a timeout due to a wild scramble, leading skipper Paulo Hubalde to heave a Hail Mary of a three-pointer that hit nothing but air as time expired.

This is MJAS’ first loss in the tournament after a 10-game sweep of the elimination round, which included two wins over KCS that had an average margin of 14.0 points per game.

KCS assistant coach Vince Urot said he and the rest of the team weren’t surprised by Imperial’s clutch shot.

“He always comes up big when his number is called,” said Urot. “We all know him from his CESAFI days. He is not afraid to take those big shots in the grandest stage.”

Gryann Mendoza added 15 points, 11 coming in the fourth when Mandaue threatened to blow the game wide open as they took a 62-51 lead, with 5:40 left.

“It is our main calling card from the start of the season,” said Urot. “Coach Mike (Reyes) really wants to focus on the defensive side, Alam naman natin gaano kagaling ang Talisay sa offense. It was just all effort and hardwork sa defense.”

Talisay, though, refused to give up and uncorked 11 straight points—sparked by a couple of triples by Patrick Cabahug—to tie things up at 62-all. However, they just could not get over the hump late in the game. MJAS also did not do themselves any favors by shooting 22-of-40 from the charity stripe.

Cabahug led Talisay with 12 points on 3-of-10 shooting from the field while Menina chipped in 11 on a 3-of-9 clip. Eguilos and Gimpayan grabbed 17 and 11 boards, respectively.