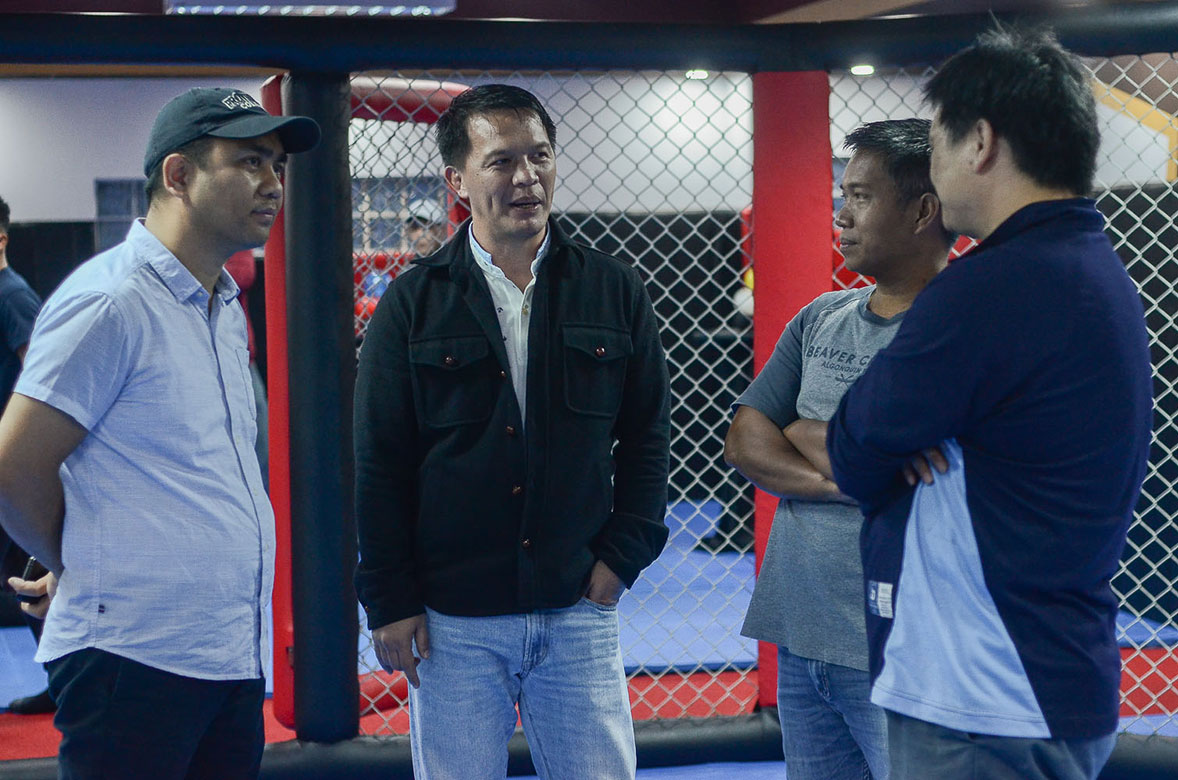 Team Lakay had four of its stars competing in ONE: Inside The Matrix.

During the live telecast of the event held at Singapore Inside Stadium last October 30, Eduard Folayang took on Tony Caruso.

But in the midst of the ongoing coronavirus pandemic, how was Mark Sangiao able to keep his fighters in shape for the last seven months?

“It was challenging trying to find productive alternative training methods to keep our athletes well-conditioned. There’s a hard balance to strike because it wasn’t only about facing a health crisis. We were facing an economic crisis as well. Our athletes had to find a way to survive, and so did our gym,” said Sangiao.

“The first thing I told my fighters was to be careful and to take care of themselves and follow the government’s regulations. It’s so tempting, being in Baguio City, to go out and explore nature and train outdoors. But it’s important that we abide by the rules and stay inside our own homes.”

Team Lakay is a close-knit group, with world championship experience woven into its traveled veterans, and youthful energy in its rising young stars. Sangiao is known not only as a martial arts coach; for many, he’s also a brother and a father.

The relationship with his athletes extends far beyond the four walls of the gym, and it was hard for Sangiao to not be there in person to guide them through a tough stretch. Regardless, the team did their best to cope with the situation.

“It was hard spending time away from them and not being able to guide them personally. We never failed to constantly communicate online, and I always checked up on them during their home training. I also asked them to post their training regimens online for accountability,” said Sangiao.

“Now, the moment we’ve been waiting for has finally arrived. They all have appearances in the Circle lined up. Of course, we still strictly comply with all health protocols being implemented. Right now, it’s about being smart and training smart.”

And of course, as soon as they were allowed to return to their beloved gym in La Trinidad, Benguet, the warriors of Team Lakay were all determined to work as hard as they could to prepare for their upcoming bouts.

“I would say the training has been solid, and the athletes are more eager than before. We’re all excited to head back to action after a long hiatus. It was fun to train at home when early in the lockdowns, but as soon as regulations eased, we went back to the gym,” said Sangiao.

“Working as a team, developing our skills together, that’s when we are the strongest. We can conduct our regular sparring sessions, which is a crucial component of our training.”

Sangiao has been in Singapore, helping his wards prepare for their matches while traversing various health and safety protocols put in place by ONE Championship, in partnership with the Singapore Government.

Sangiao says he’s satisfied with how ONE has handled the events, experiencing it firsthand in the Lion City.

“I am thankful and glad about the way ONE Championship has handled the operations in Singapore. It’s very professional, and they really place a lot of importance on following health and safety protocols. I think it’s great for our athletes because they have that peace of mind that they are being well taken care of. We have everything we need during quarantine, and all very happy to be back in Singapore,” said Sangiao.

“I am so happy and grateful that even in this pandemic, our athletes are still able to showcase their skills and what they’ve been working on.”

Win or lose, Sangiao is just glad that they have the opportunity to do what they love once again.

“This event is a great sign that, slowly, things are getting back to normal — not the usual normal, but still, we can see significant progress away from this pandemic. It is great news indeed for ONE Championship and for our athletes. We are hoping that more events will be staged and gradually will be held in more countries around the world.”