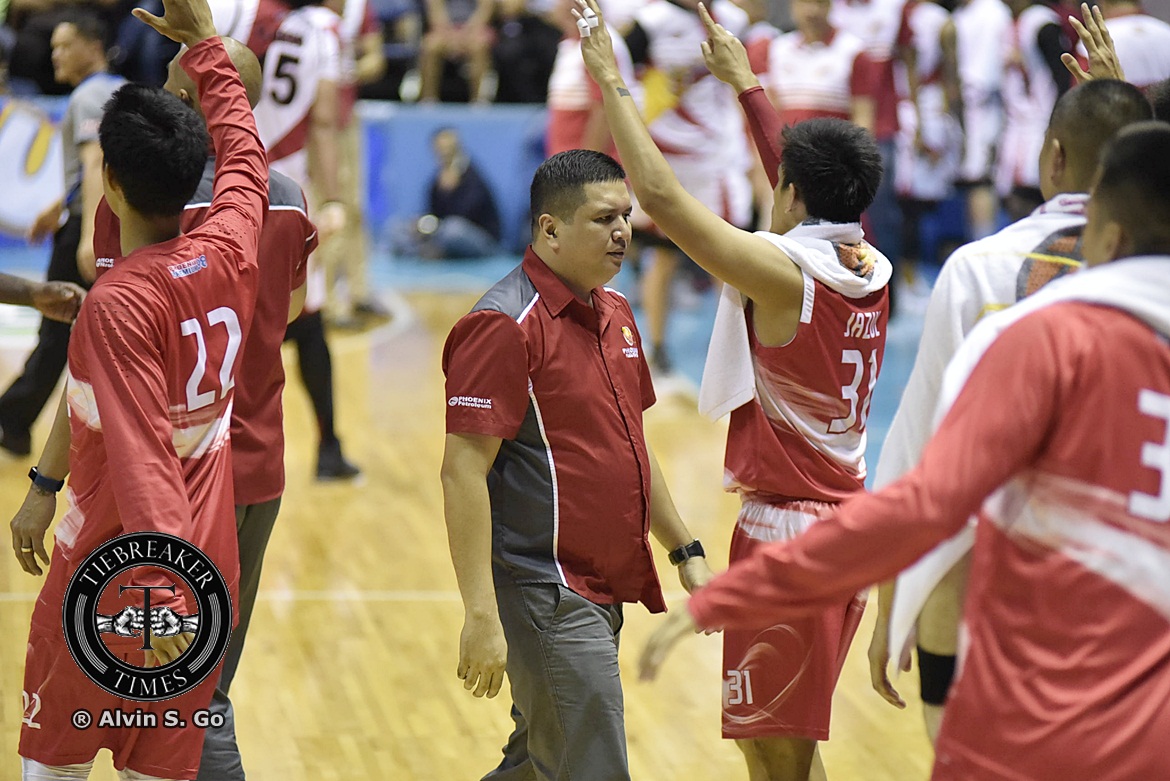 Sophomore franchise Phoenix Fuel Masters have made their third playoff appearance overall in the 2017 Commissioner’s Cup Tuesday night. But similar to their previous two, they wounded up empty-handed.

And head coach Ariel Vanguardia fully knows what his team has yet to achieve.

“We thanked God for not missing the quarterfinals, but we got to get over that hump,” said Vanguardia after their 115-96 loss to semis-bound San Miguel Beermen.

“Hopefully by next conference, we get that first playoff win for Phoenix.”

The Fuel Masters may have suffered an unfitting end to their run in the mid-season conference where they finished the elimination round with a 4-7 card, but Vanguardia and his side are ready to leave it all behind and focus on the Governor’s Cup.

The season-ending tourney is still set for July, but the 44-year-old is already beaming with pride for it — he confirmed that Phoenix’s star reinforcement, the ‘El Destructor’ himself, Eugene Phelps, is all set to come back next conference.

“Hopefully with Eugene Phelps helping us next conference to get that first playoff win na very elusive,” said Vanguardia regarding the return of the 6-foot-8 American.

However, the former coach in the ASEAN Basketball League was quick to add that Phoenix will not just be defined by their import, adding that the growth of rookies Gelo Alolino, Joseph Eriobu, and Matthew Wright serves them notably.

“Looking forward, Matt and Gelo, we got the best in the draft. I think Gelo has proven that on the first round or kung ano mang round yun, he’s the best dun sa mga yun, even better than the first pick. Then, Matt’s proven he can be our future. Yung mga positive na ganun. Si Joseph up and coming.