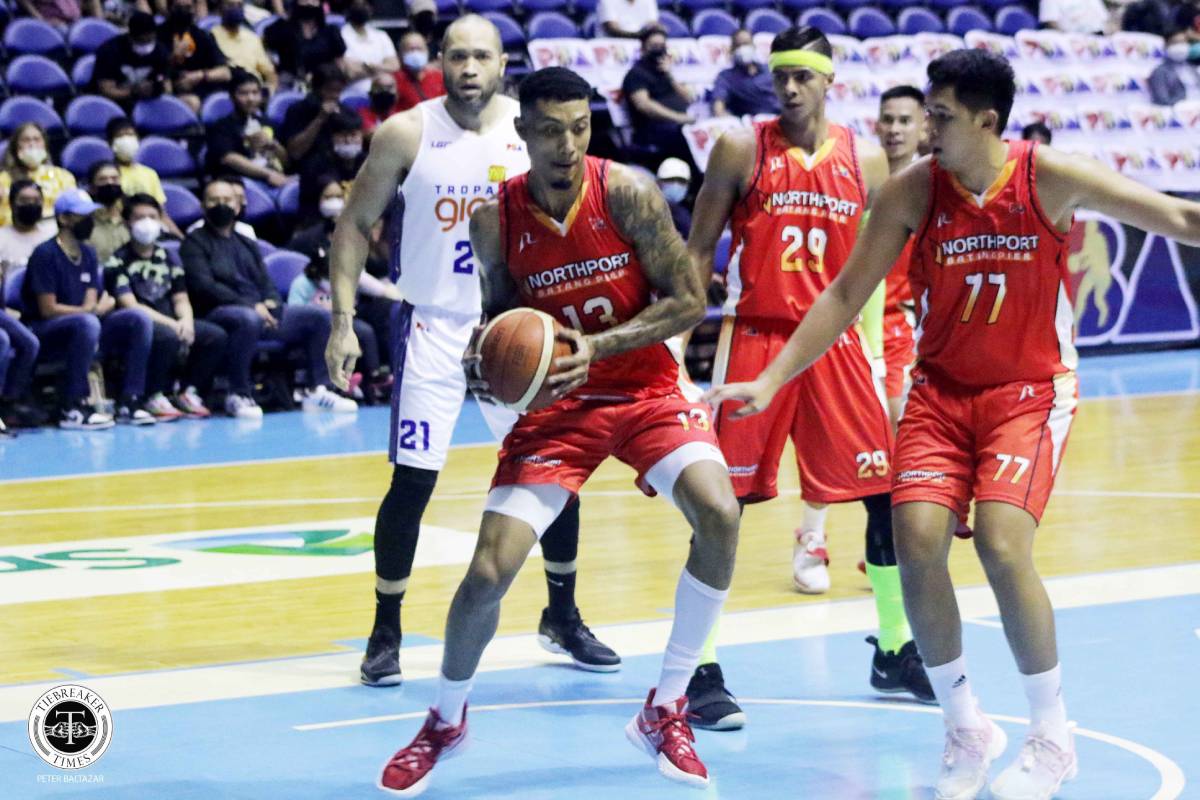 Jamie Malonzo couldn’t express his gratitude enough now that he is declared eligible by no less than FIBA to play as a local for Gilas Pilipinas.

The athletic second overall pick in the 2021 PBA Rookie Draft said that suiting up for the national team has been a dream of his when he decided to fly to the country a few years ago in pursuit of a better career, thus the elation on his part to have that chance.

“It’s like a dream come true,” he said moments after NorthPort’s loss to TNT in the PBA Philippine Cup, Wednesday at the SMART Araneta Coliseum.

“Just getting in, I’m just so grateful. Kasi when I was back in college at home, I came here with a dream to play for the national team, and now that I just got cleared by FIBA, it’s a super exciting one,” the 25-year-old La Salle product furthered.

Malonzo said that his mother was the very first to tell him that he should be eligible, and she definitely had a huge imprint on the development. She was the one who gathered the paperwork and sent it to the SBP, he shared.

“So over these past few years, she’s been probably a thousand times: ‘Why are you not eligible?’ and then she was able to go back, find the paperwork.

Now, he’s part of the national team pool, and could possibly vie for a spot for the squad bound for the 2023 FIBA World Cup next year here.

#ReadMore  Oftana has no qualms with first game cut: 'We all deserve the spot'

As happy as he is, it isn’t lost on Malonzo that being part of Gilas is one thing, but actually playing is another. And so, he aims to earn that chance.

“I know that’s just the first step. Getting on the team is one thing. But, hopefully, I get the chance to represent the country and make my family, my mom, and everybody proud.”