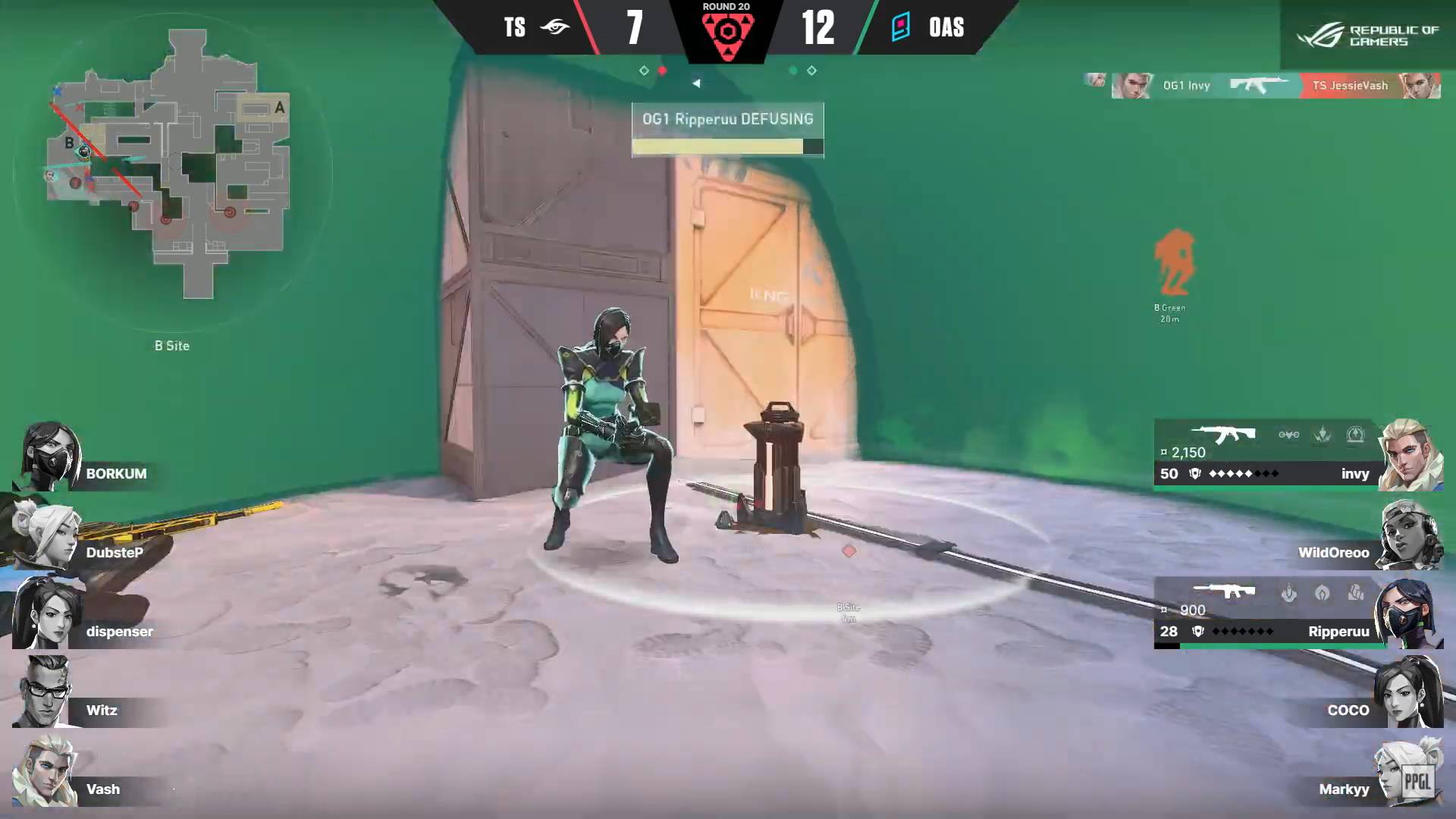 After dropping their debut match earlier in the day, Oasis Gaming bounced back and stunned the powerhouse Team Secret, 2-1, on the second day of the VALORANT Champions Tour 2022: Philippines Challengers, Friday night.

Oasis Gaming was waxing hot in Game Three (Icebox), taking a huge 7-1 lead at the half. Team Secret trimmed the deficit to 3, 7-10, following an Ace from Riley “Witz” Go’s Chamber.

That, however, was the last of Team Secret as Bhreyanne “WildOreoo” Reyes locked the series up for Oasis Gaming at 13-7. WildOreoo dropped 20 kills in Game Three playing Raze.

Team Secret looked comfortable in the early goings of the series with Kevin “Dispenser” Te’s Killjoy leading the 13-7 Game One win at Ascent with 23 kills. Oasis Gaming’s Adrian “invy” Reyes popped off on his Breach in Game Two, taking charge in the 13-9 Game Two victory to lock the scores at 1-all.

Oasis Gaming is now at the second spot in Group A with a 1-1 slate while the VALORANT Champions 5th-8th placer is currently tied with Bren Esports at the last spot with 0-1 cards. 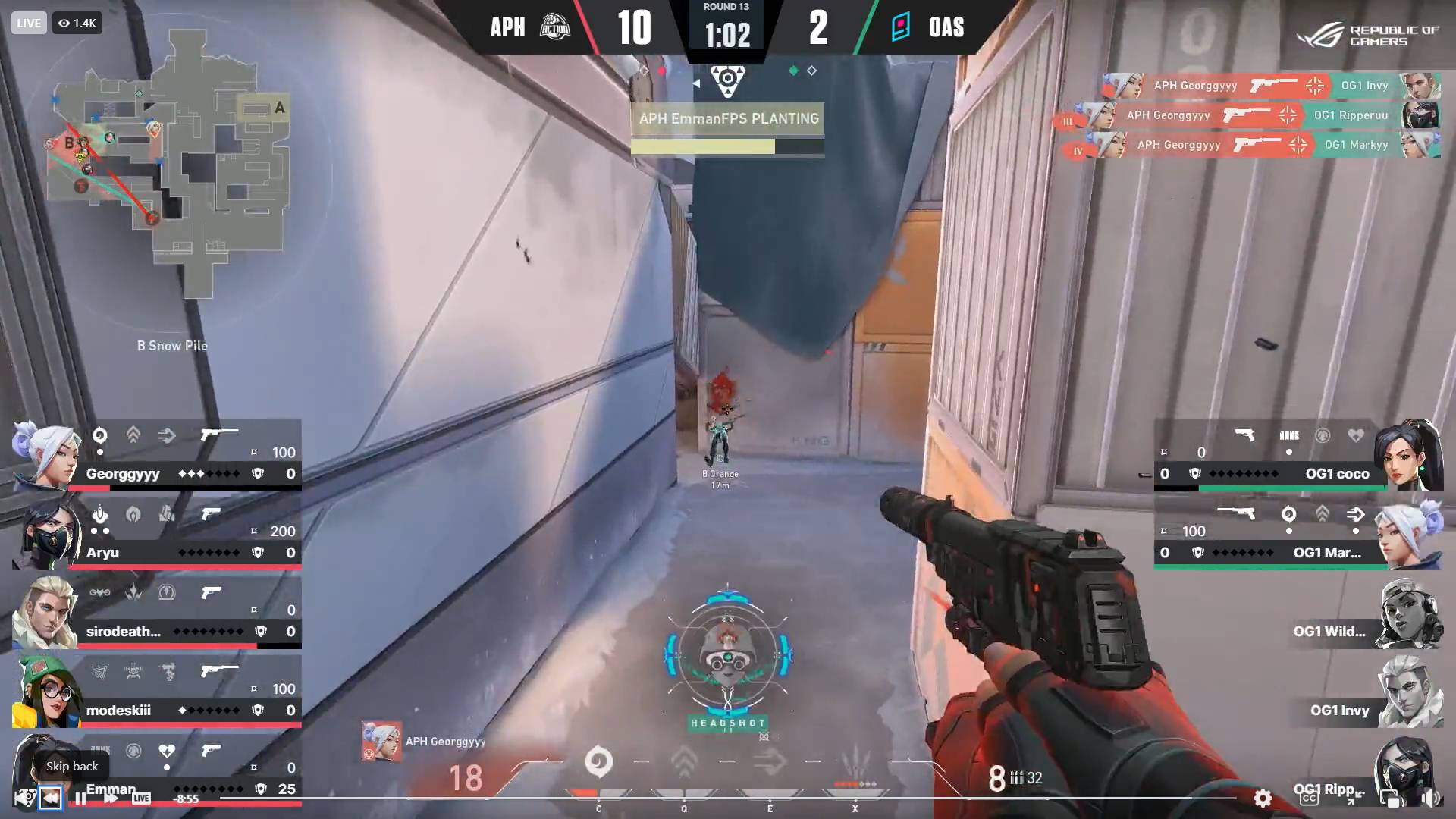 Action PH sustained its fiery start, beating Oasis Gaming through a 2-1 decision in the opening series of the day to take the early lead in Group A.

Emmanuel “EmmanFPS” Morales (Skye), who almost snagged the first Ace of the tournament, towed Action PH to a 6-0 start in Game One. He then completed his third 4K to close out Game One, 13-5, at Haven. He notched 26 kills in the win.

Game Two (Ascent) showcased a much more comfortable Oasis Gaming team as they led by as much as eight, 11-3 in Ascent. Action PH tried to come back, tying the game at 11-all, but Mark “Markyy” Tuling (Jett) crushed APH’s hopes with a 4K. Oasis Gaming nabbed the second map, 13-11.

Game Three (Icebox) was a complete shutdown as Action PH bounced back from Map Two with a 13-2 win. APH Georggyyy finished with 22 kills and an outstanding 412 Average Combat Score. 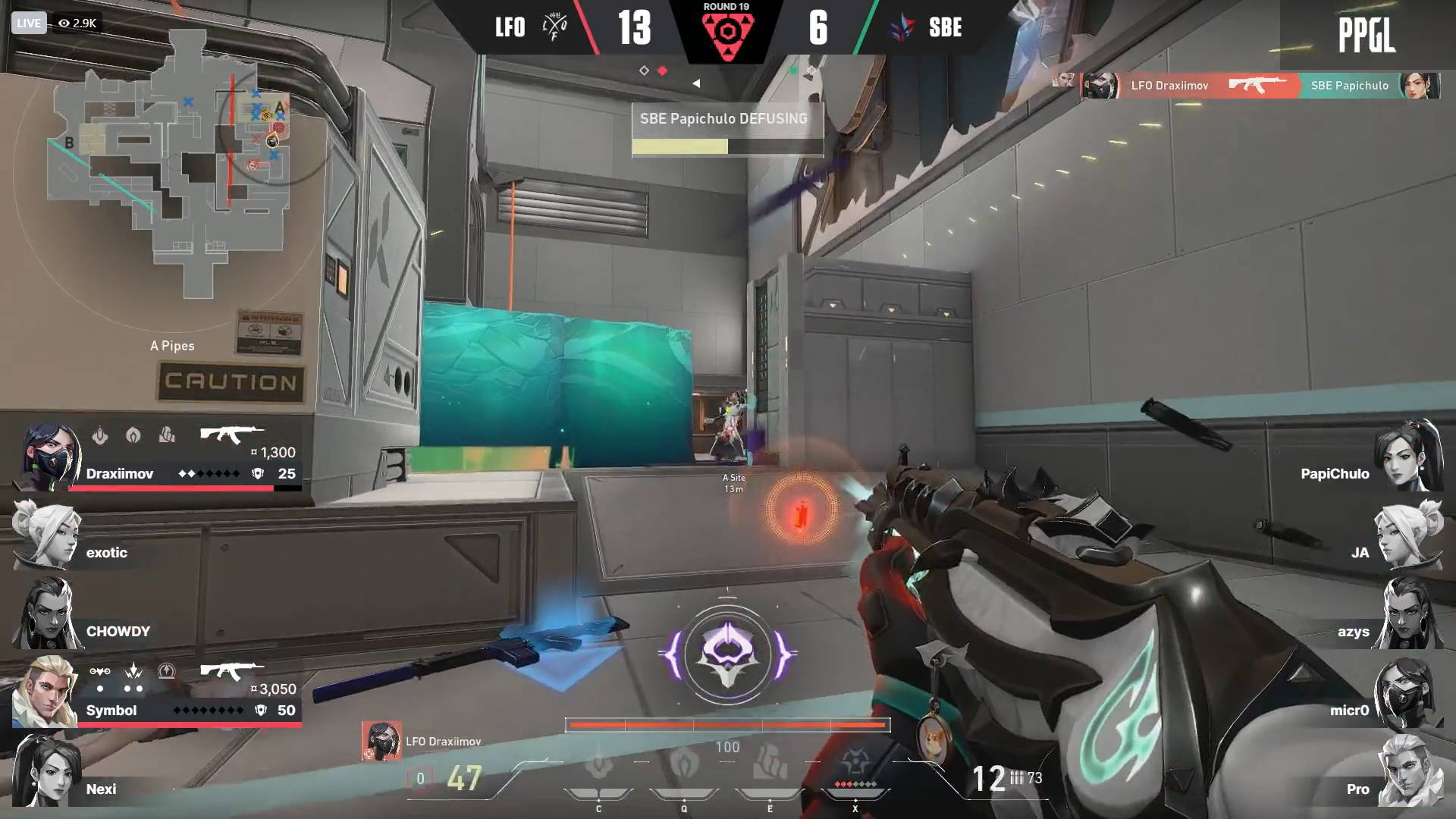 Youth prevailed in the second bout of the day as Looking for Org defeated the much more experienced South Built Esports in a close 2-1 series.

South Built Esports looked the much more experienced team in Game One (Haven) after beating Looking for Org 13-8. Frederico “PapiChulo” Evangelista (Cypher) dominated the young guns after putting up 26 kills and a 338 Average Combat Score.

Looking for Org bounced back at Map Two (Split) as Johnty “JA” Arone (Reyna) recorded the first-ever Ace in the tournament in round five. JA’s 28-kill performance, however, was not enough to close the series as Boggs “Symbol” Ramos (Raze) carried the team to force a Game Three, 13-11. The former SV Empire player scored 27 kills in the win.

Looking for Org took the third spot in Group B with a 1-1 slate while South Built Esports remained dead-last at 0-2.