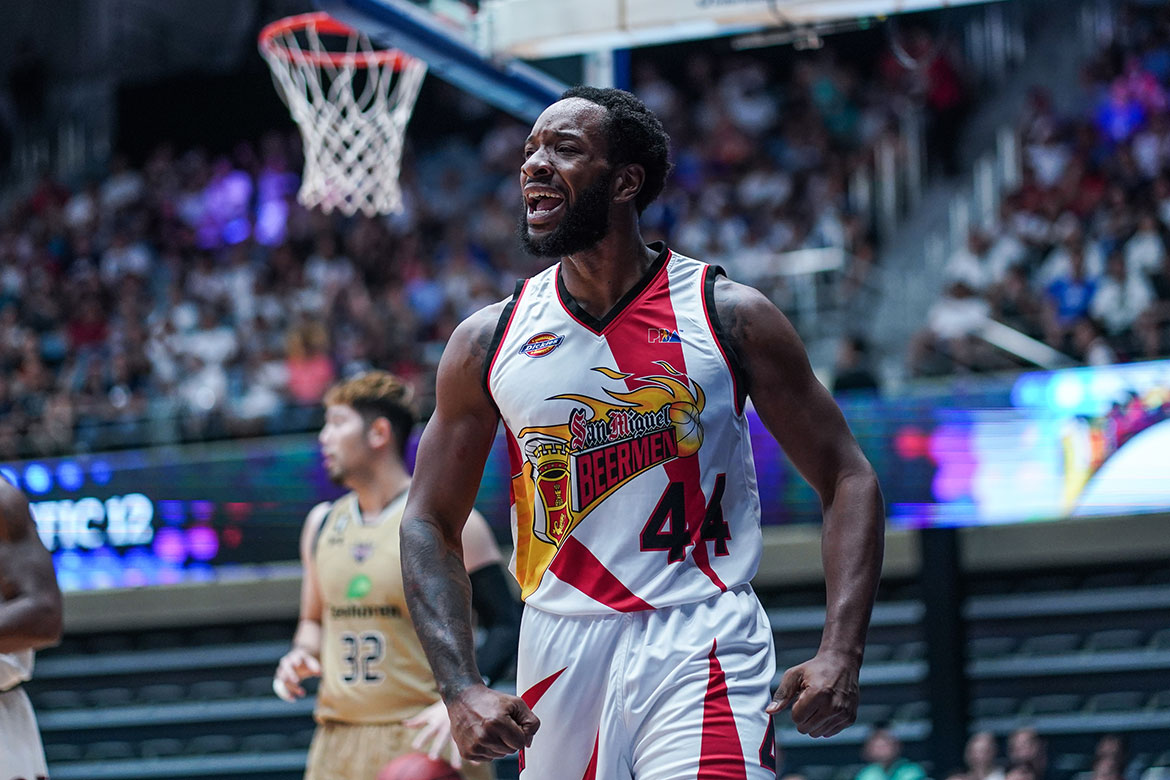 Dez Wells put on a show as the San Miguel Beermen ended the reign of defending Terrific 12 champions Ryukyu, 101-92, to sweep their way to the semifinals, Thursday at the Tap Seac Multi-sports Pavilion in Macau.

Wells had proven once again why the Beermen chose him for their Grand Slam bid in the 2019 PBA Governors’ Cup. He dazzled with 42 points, six rebounds, three assists, and a block.

The game’s early goings weren’t in favor of SMB, though, as they fell behind 4-12. Fortunately, Wells and Romeo then helped their side regain their bearings, propelling them to the lead after the first, 31-24.

The Beermen never relinquished their hold of the driver’s seat afterwards. They even enjoyed a lead as high as 15, 92-77, following Wells’ emphatic one-handed slam with 4:42 left to play.

San Miguel now has their sights set in the knockout semis on Saturday, where they will play Lance Stephenson, Salah Mejri, and the Liaoning Flying Leopards of China, who also swept Group D.

Ryuichi Kishimoto was his only support with 12 points in the defeat that ended Ryukyu’s campaign at 0-2.