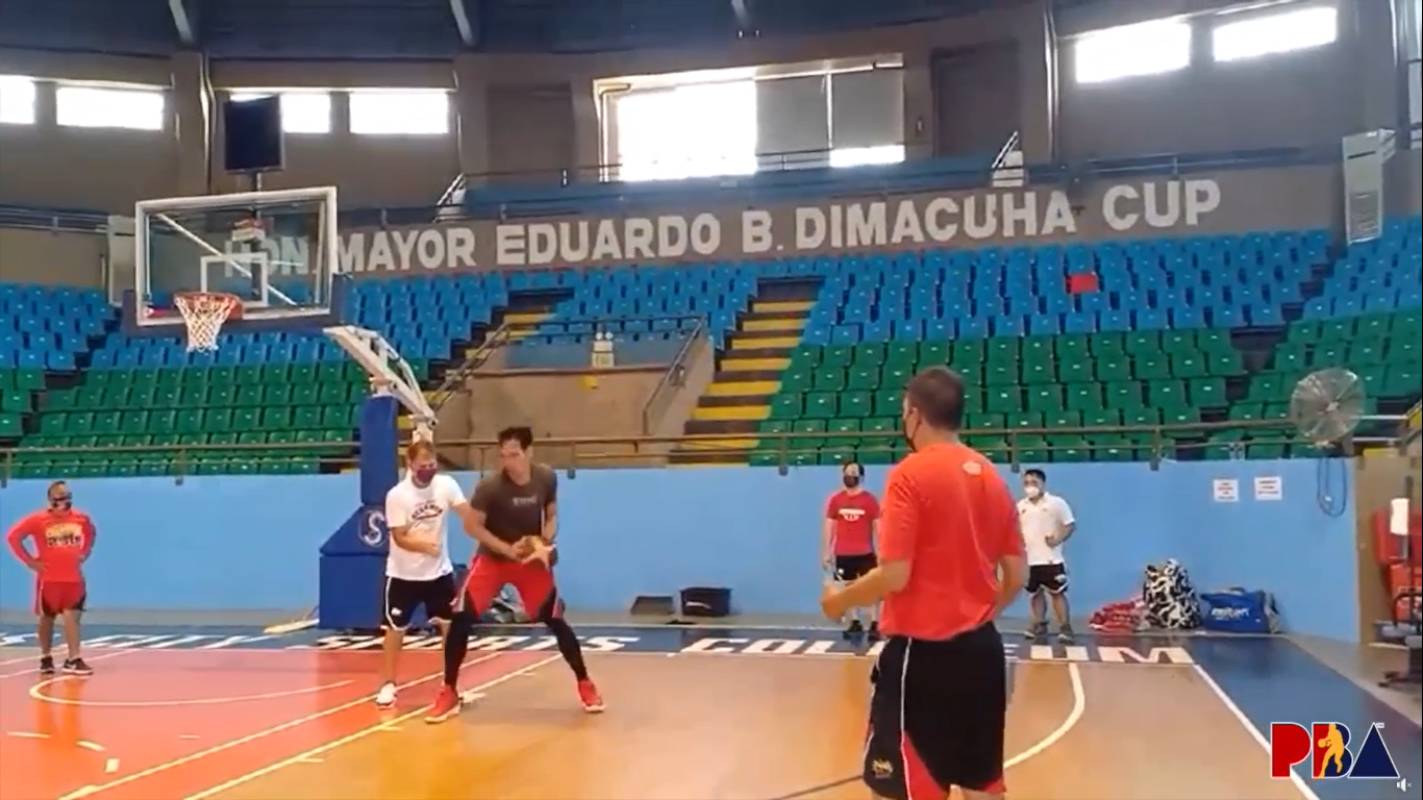 And it looks like he’s been making great progress.

In a short video clip shared by the league Friday, the 6-foot-10 slotman was seen doing post drills with assistant coach Jorge Gallent.

This should serve as good news not just for the Beermen but for their faithful as well, as they all couldn’t wait to have him back in action.

The Cebuano star is expected to return after more than a year of inactivity no thanks to a gruesome shin injury he suffered in practice.

He sat out SMB’s Philippine Cup bubble campaign in Clark last year, and he was badly missed as their five-year reign as champions ended.

With him seen to come back, the league’s winningest franchise is once again looked at by other PBA coaches as one of the teams to beat this season.

San Miguel head coach Leo Austria, though, said that they might restrict Fajardo’s minutes as they slowly try to work him back.

The Beermen are one of the eight PBA ball clubs that went to Batangas City for their training as scrimmages remain prohibited in NCR Plus.