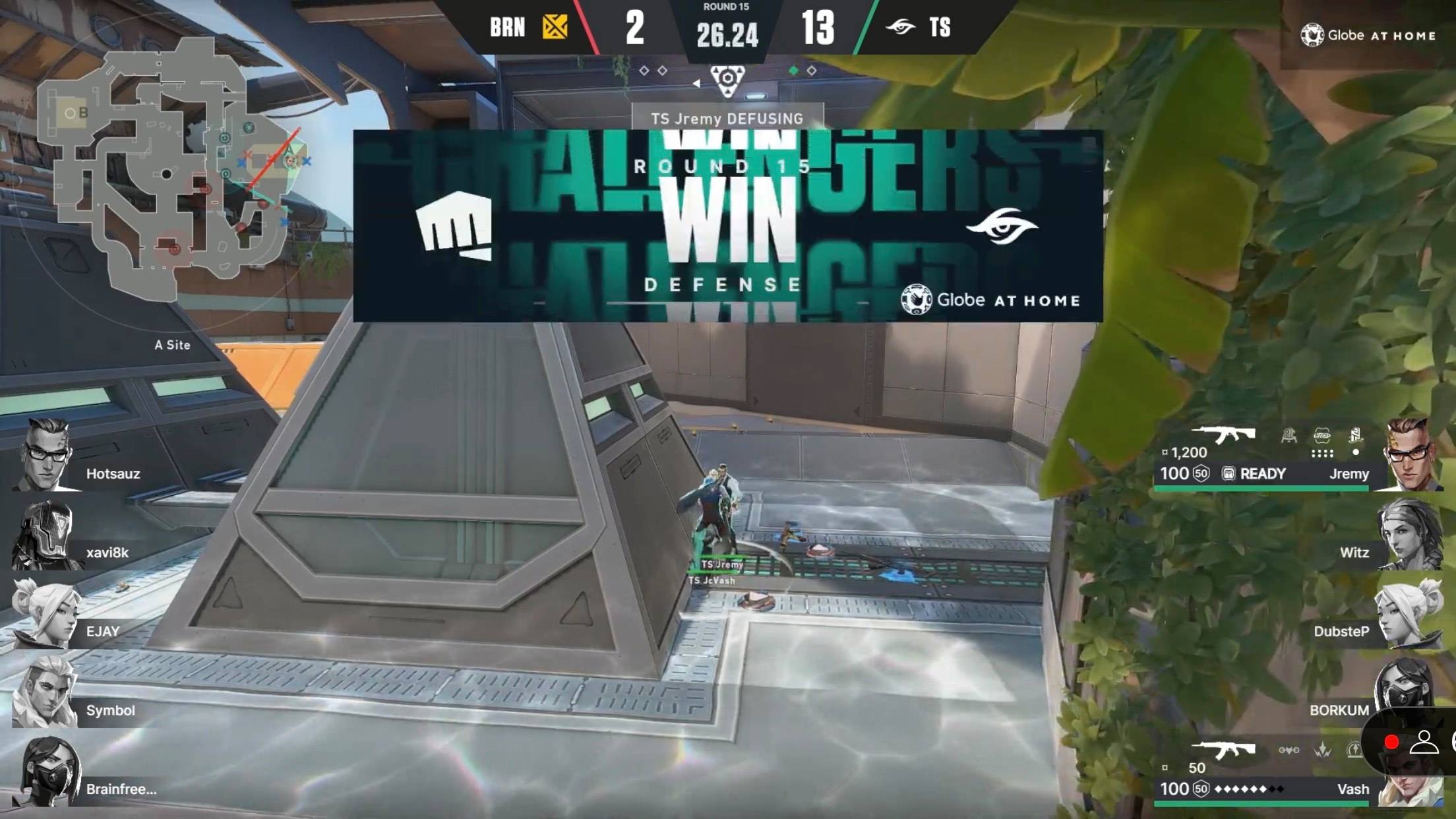 Team Secret shut down Bren’s hopes for a comeback after a 13-10 win on Ascent.

It looked like Team Secret would close out game one easily after leading by as much as six, 11-5. That was until Bren decided to turn on the jets to spark a 5-0 run to cut the deficit to one.

The last year’s SEA champions showed the Bernard Chong owned team what they’ve got after leading with a commanding 10-2 at the half.

They easily cruised to victory as they won three straight rounds in the second half, 13-2 to sweep Bren Esports.

The youngster, Jeremy “Jremy” Cabrera shone as he tallied 20 kills, five assists, and a 330 average combat score as Chamber.

Team Secret is still at the top of the standings with an immaculate, 4-0 record. Meanwhile, Bren Esports is at .500 at 2-2.

Alpha Esports Pro beat Oasis Gaming 2-1 in the opening bout of the day.

ChrisM’s Viper paved the way for AEP in game three (Breeze) as they denied Oasis to force overtime, 13-11. ChrisM double-killed in the game seven times. He finished with a 24-17-5 Kill-Death-Assist record.

In map one (Haven), it looked like it was anyone’s ball game after Oasis was within striking distance, 5-7. However, in the second half, Alpha Esports started to pull away with a 6-2 run to secure a 13-7 victory.

Mark Anthony “Marky” Tuling’s (Jett) heroics in game two at Icebox helped Oasis Gaming to even the series after a 13-10 victory. He finished with 28 markers and a 323 ACS.

Alpha is currently holding the second seed with 3-1, while Oasis Gaming is tied with Bren with 2-2.