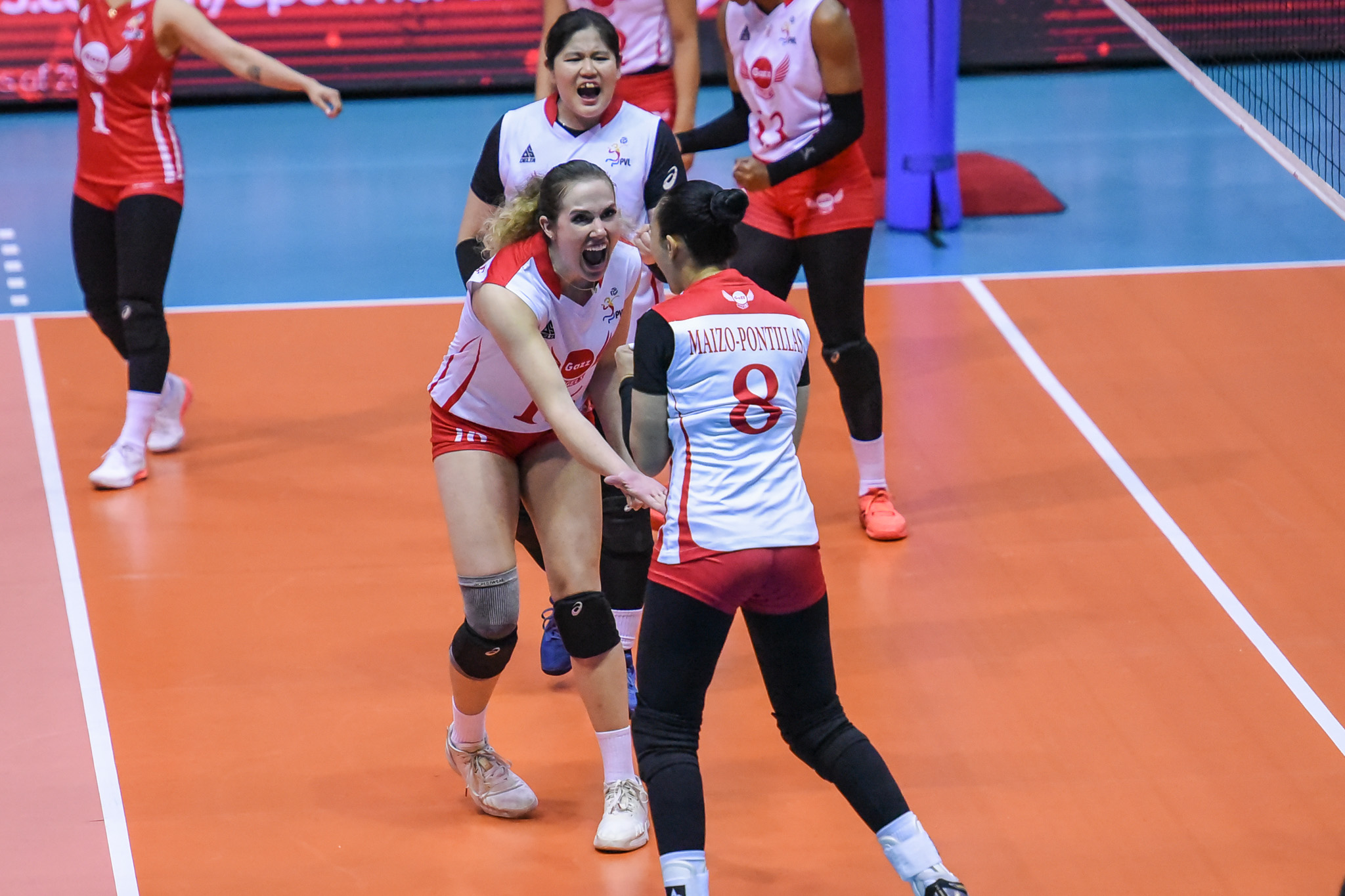 Lindsey Vander Weide put up an epic performance to lift Petro Gazz over Cignal, 25-21, 27-25, 37-35, in Game One of their Premier Volleyball League Reinforced Conference best-of-three Finals.

The American import, who previously played in France, Hungary, and Greece, registered 34 points on 31 attacks, two blocks, and a service ace with eight digs and five excellent receptions.

And that was her career-high. Ever.

“It is,” answered Vander Weide when asked if it’s her most points in a game.

But despite her big game, the 6-foot-2 open spiker deflected the credit to Angels setter Djanel Cheng.

The 5-foot-7 playmaker was steady down the stretch when Petro Gazz saved four set points by Cignal, making the right decisions and spreading the wealth among her spikers. 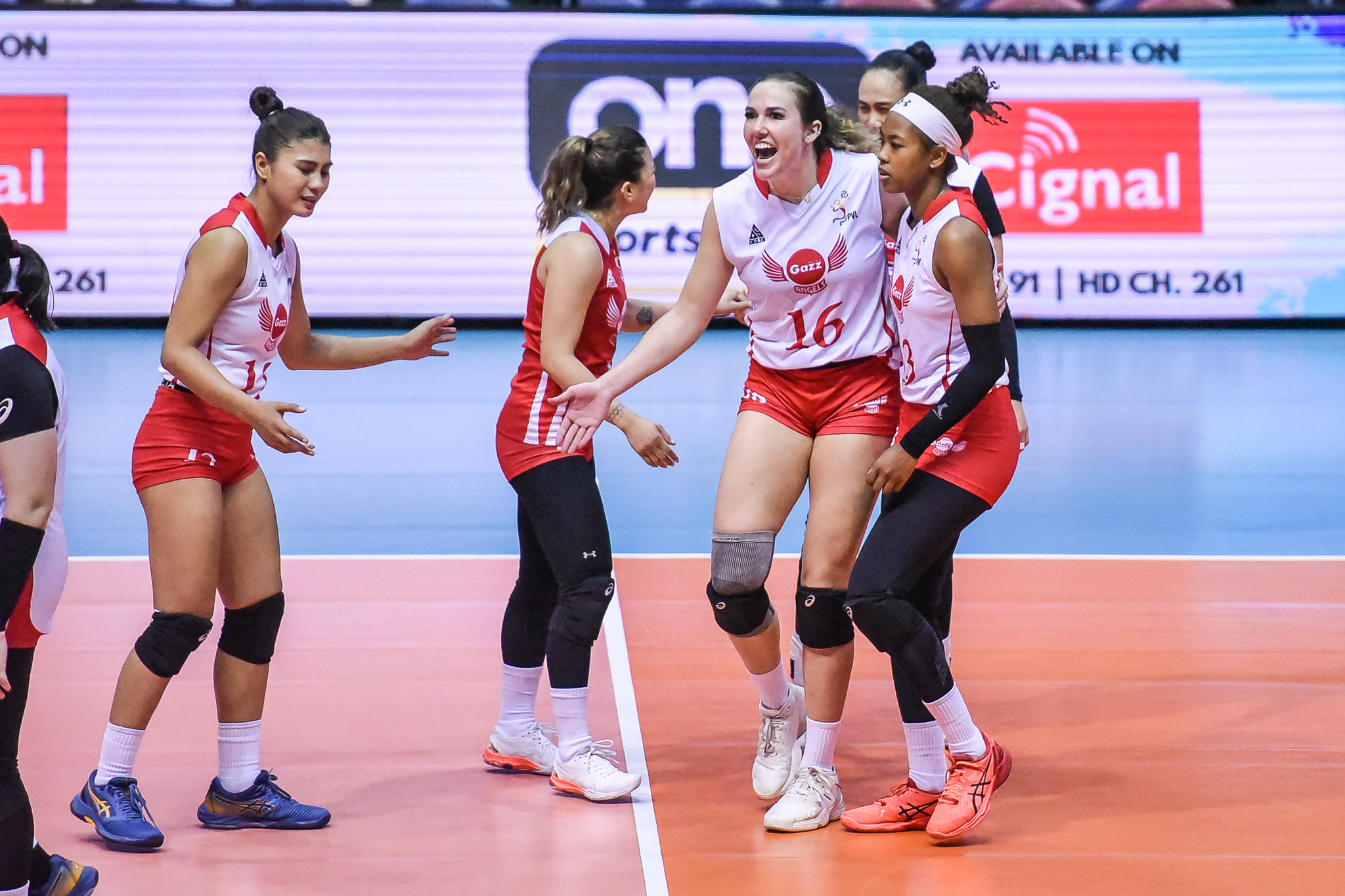 “The whole game felt great. The energy of the team was excellent today, the setting was superb today so it was easy to put balls away,” said Vander Weide.

“She was putting me in the perfect position,” added the reinforcement, referring to Cheng.

Admittedly, Vander Weide was stressed with extended sets that obviously go down the line.

But in this game, despite the second and third frames going to as high as 37, she was at peace knowing the Angels will pull through.

“This game we were so locked in it didn’t matter who was up, we were gonna fight back and score and we did that in the second set, in the third set, and that was the most impressive thing for me is how we held up in those moments.”