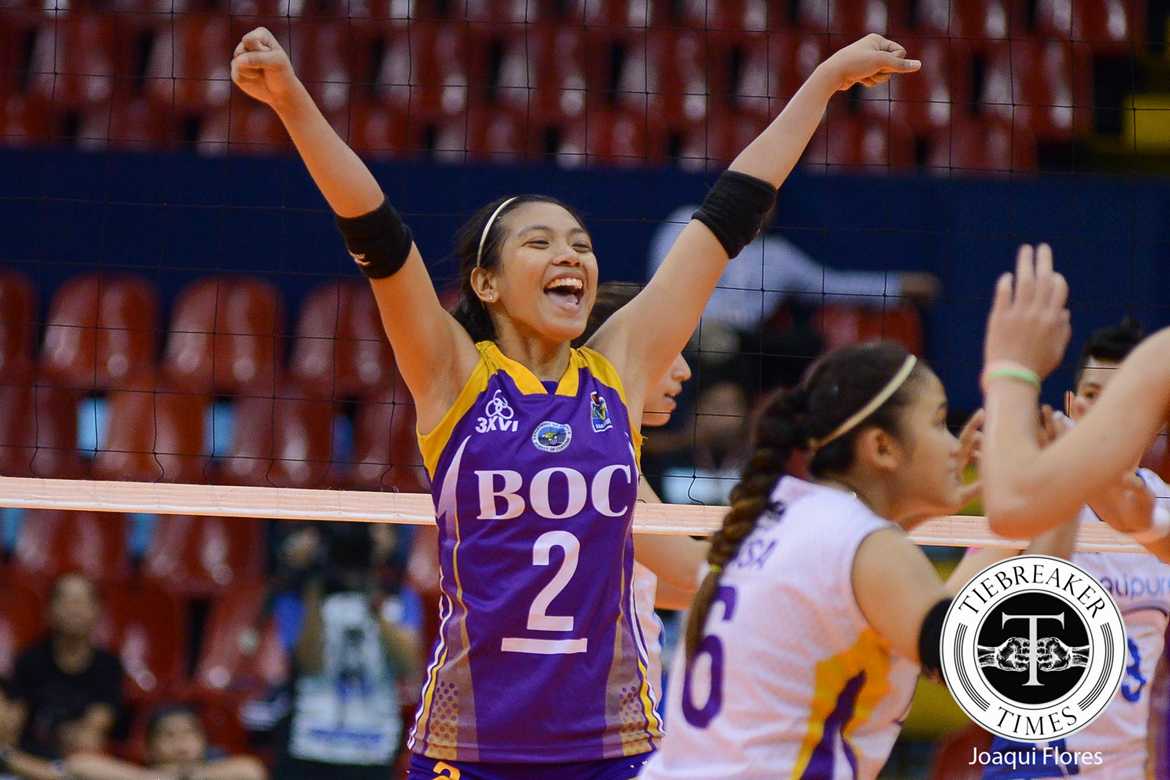 The unofficially-named “Besh” era of the Ateneo de Manila University Lady Eagles brought the most glory to Loyola Heights.

Alyssa Valdez, Denden Lazaro, Ella De Jesus, and Amy Ahomiro were incredibly close off the court and deadly on it. The rise of the four stalwarts, along with key rookie additions, brought Ateneo their first UAAP volleyball title in Season 76. The era culminated with a second title in Season 77, before Lazaro and De Jesus graduated.

The Ateneans have played together for several club teams after their collegiate stint.

Last Wednesday marked the first time they met on opposite sides of the court: Valdez has signed with the Bureau of Customs Transformers, while Ahomiro, De Jesus, and Lazaro remained with Bali Pure, which Valdez had played for in the Open Conference.

The affair was met with an awkward aura, to which players from both sides attested. There was constant jeering from the fans as both sides warmed up; every glance from the protagonists was noticed.

After the game in which Bali Pure prevailed, the former Lady Eagles swarmed Valdez for a massive group hug.

The Purest Water Defenders had also swarmed Valdez with their defense all-night.

“It really helped that we knew Alyssa na because she played for us before and there are a lot of players on the team who played with her for such a long time.”

Lazaro, the defensive catalyst of Ateneo’s back-to-back run, played splendidly but did not know how to feel after facing Valdez.

“It was challenging, I guess. It’s been so many years since we went up against each other and that was only once in high school,” Lazaro shared.

“I really don’t know how to feel. But then, I’m really happy that my team won.”

Three-time UAAP MVP Valdez was still in high spirits after the match, mostly because of seeing her friends again.

“It was really healthy competition because you’re going to have to challenge yourself kasi they know you on an off the court so alam nila kung kailan ako papalo or magda-drop ball and such. It’s a game, we move on and hope we can do better next time.

“We can only grow as players after facing each other. I’m just really thank and proud na even though we’re friends, we can step out and respect each other as opponents.”

Philippines bows out of 3×3 World Championships

Race to the MVP: Mbala stays at the top