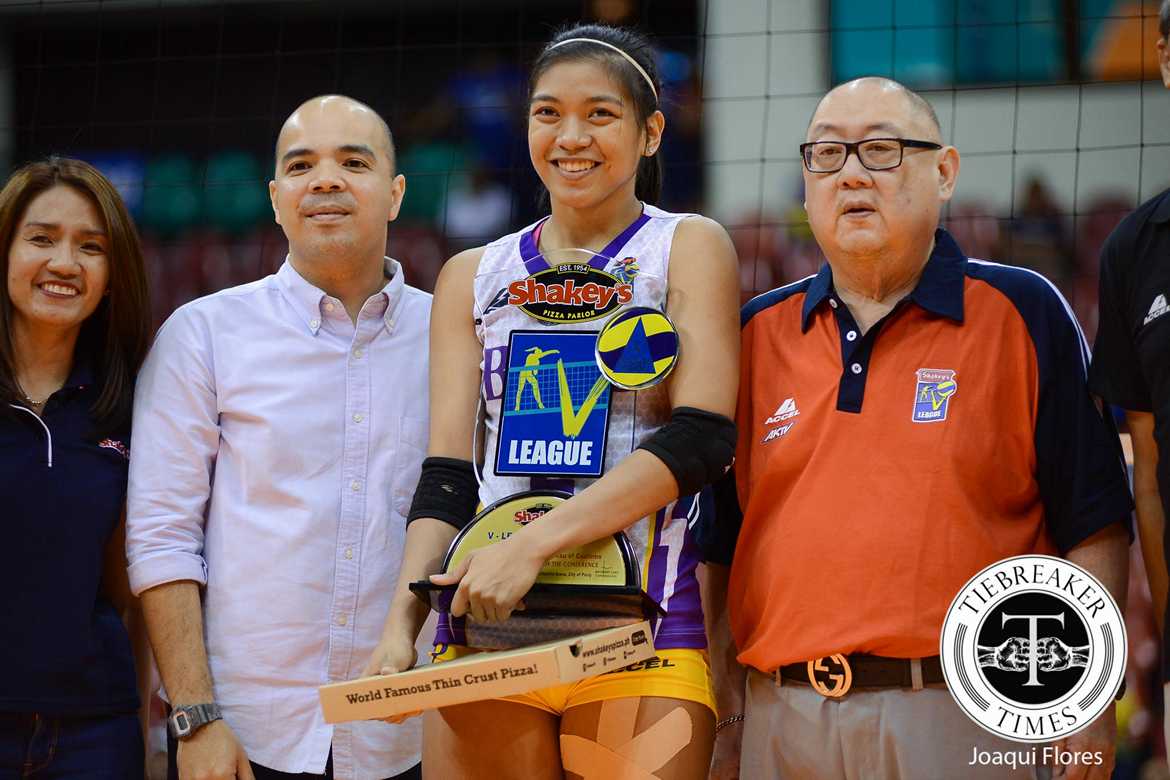 Winning her first two MVP awards with her alma mater Ateneo De Manila University and PLDT, Valdez claimed another MVP trophy after carrying the Bureau of Customs Transformers to the Reinforced Conference Finals.

This comes during a season when she set the record for most points by a local (39, against Laoag). She also won the First Best Spiker award.

“I’m thankful and I’m really very blessed to win these awards. I would not have won awards if not for the support of my teammates and coaches naman so it goes back to them talaga for helping me get here,” said the two-time UAAP champion.