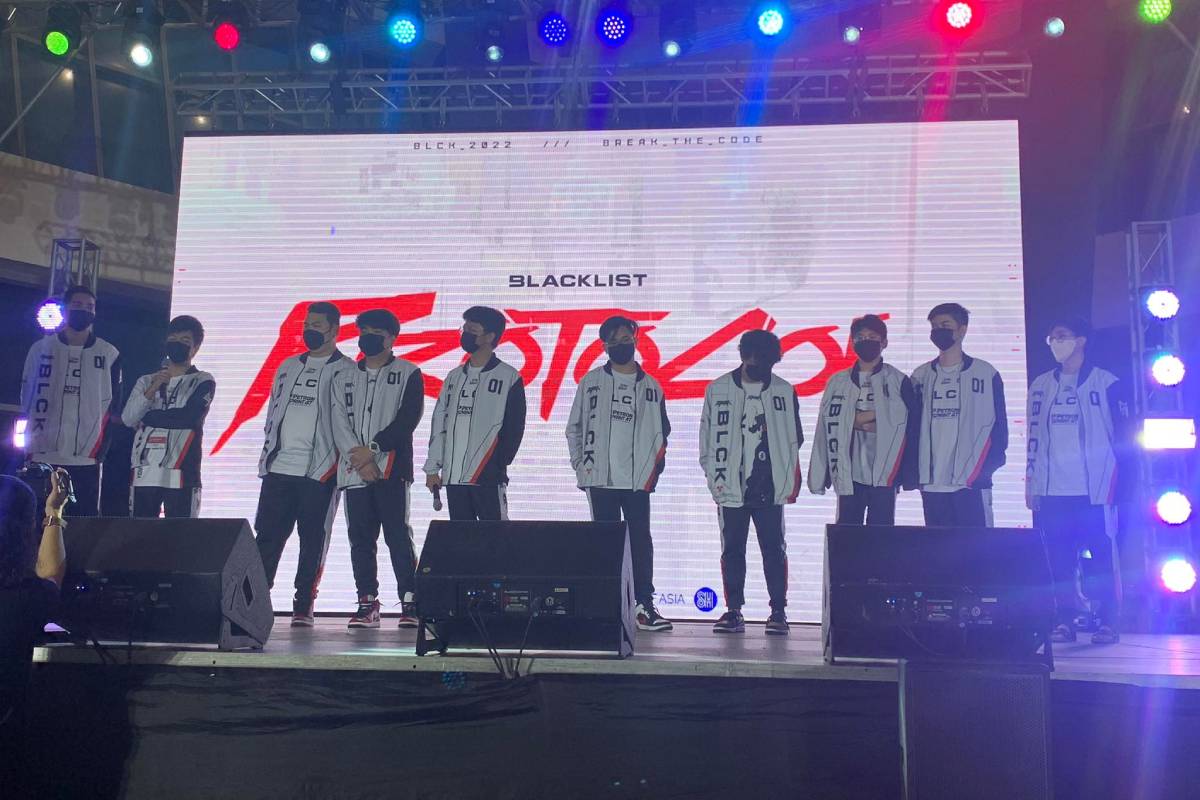 That was the last time that Johnmar “OhMyV33NUS” Villaluna, Danerie “Wise” Del Rosario, Edward “EDWARD” Dapadap, Kiel “OHEB” Soriano, and Salic “Hadji” Imam all played in an official game together.

It was at the M3 World Championships in Singapore. The quintet dominated ONIC PH in the grand finals and won the Philippines’ second consecutive Mobile Legends: Bang Bang world title.

During that span, Wise and OhMyV33NUS decided to focus on their national team duties – winning the gold medal in the 31st Southeast Asian Games along with Hadji.

Meanwhile, both OHEB and EDWARD – after enjoying the past two seasons at the top – fell face first as the Tier One-backed squad suffered its worst finish since joining the league back in Season Five.

Seven months later, the five are finally back together for the upcoming MPL Philippines Season 10 – dead-set on reclaiming the throne that was once theirs.

OhMyV33NUS and Wise, speaking in front of Blacklist International fans during the Blacklist Protocol, expressed their excitement towards their upcoming reunion with Hadji, OHEB, and EDWARD on the MPL stage.

The V33Wise duo also praised the three for their improvements all throughout the past season, particularly their attitude and mindset towards the game.

Blacklist International missed the playoffs last season and ended up at 7th-8th place after finishing with a franchise-worst 3-11 win-loss standing.

The team will open up its Season 10 redemption campaign this Friday when they take on Nexplay EVOS at 8:00 PM.