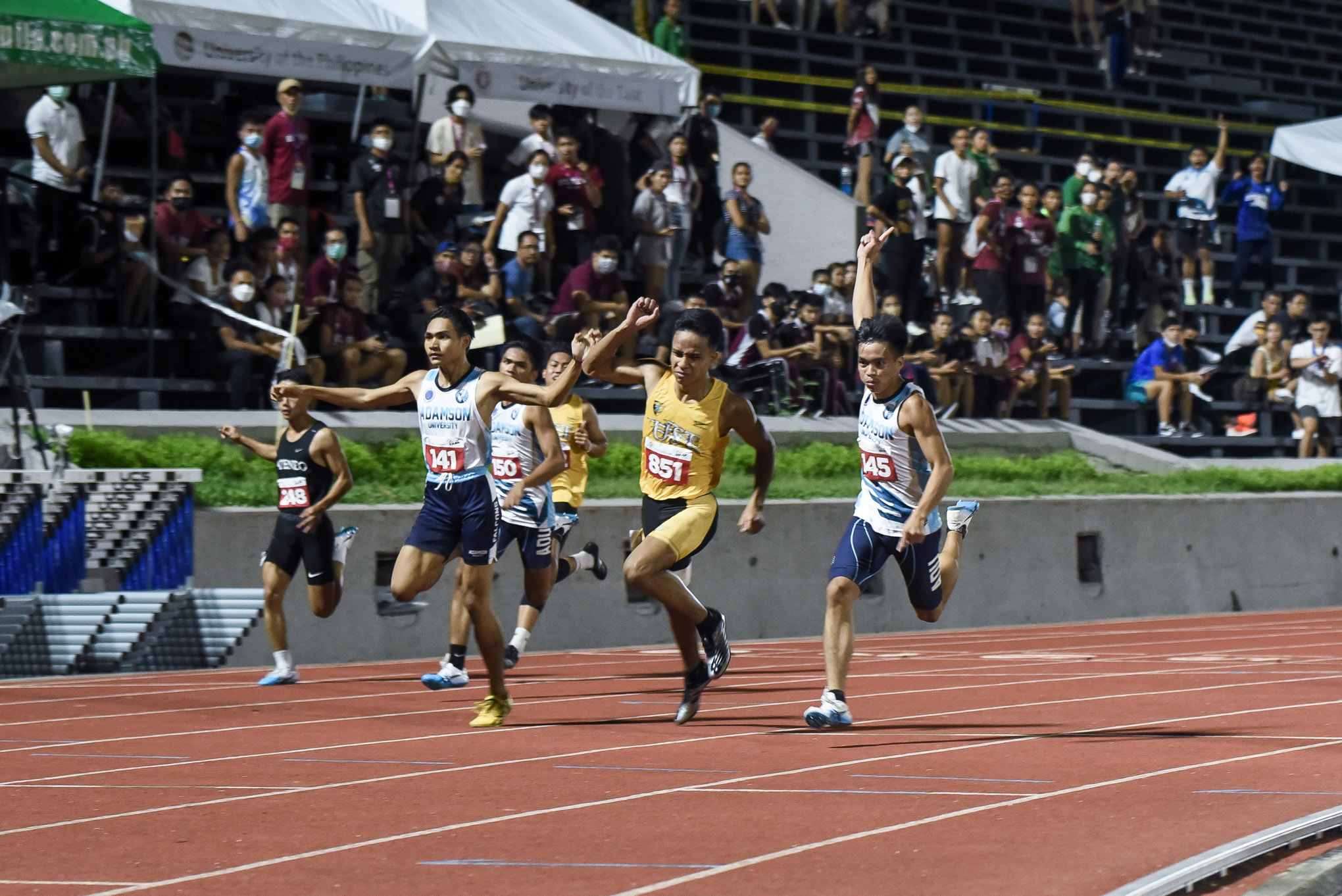 On the other hand, University of Santo Tomas held on to its position on the girls’ side with Faith Burdeos carrying the cudgels.

Jardin, who won two golds on Wednesday, added two more in the day after taking the long jump title and leading the charge for the Baby Falcons in the 200 meters.

The leading MVP candidate registered 6.41m in long jump, before winning the 200m with 22.92 second, taking the crown ahead of teammates Nash Candelario with 22.96 and Emanuel Morales with 23.44.

Adamson still leads with 189 points, but UST closed the deficit to 41 with 148 markers. Kent Abilay and Mejen Sumbogan took the 1-2 finish for the Junior Tiger Tracksters in the decathlon with 4,267 and 3,964 points, respectively. 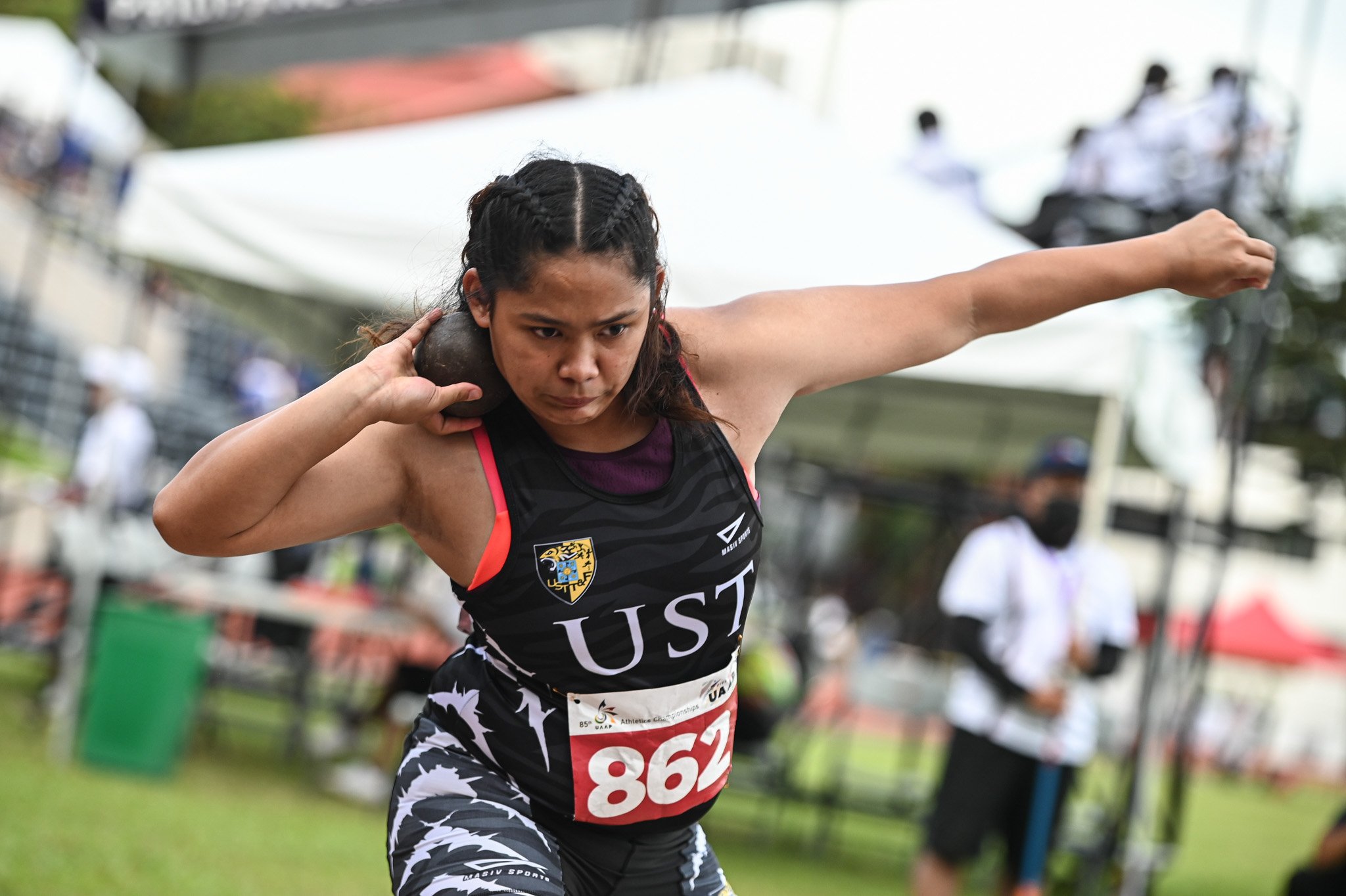 Burdeos also clinched her first gold this season after reigning over the girls’ shot put with 10.57m, to put the UST still on top with 191 points against University of the East’s 132. 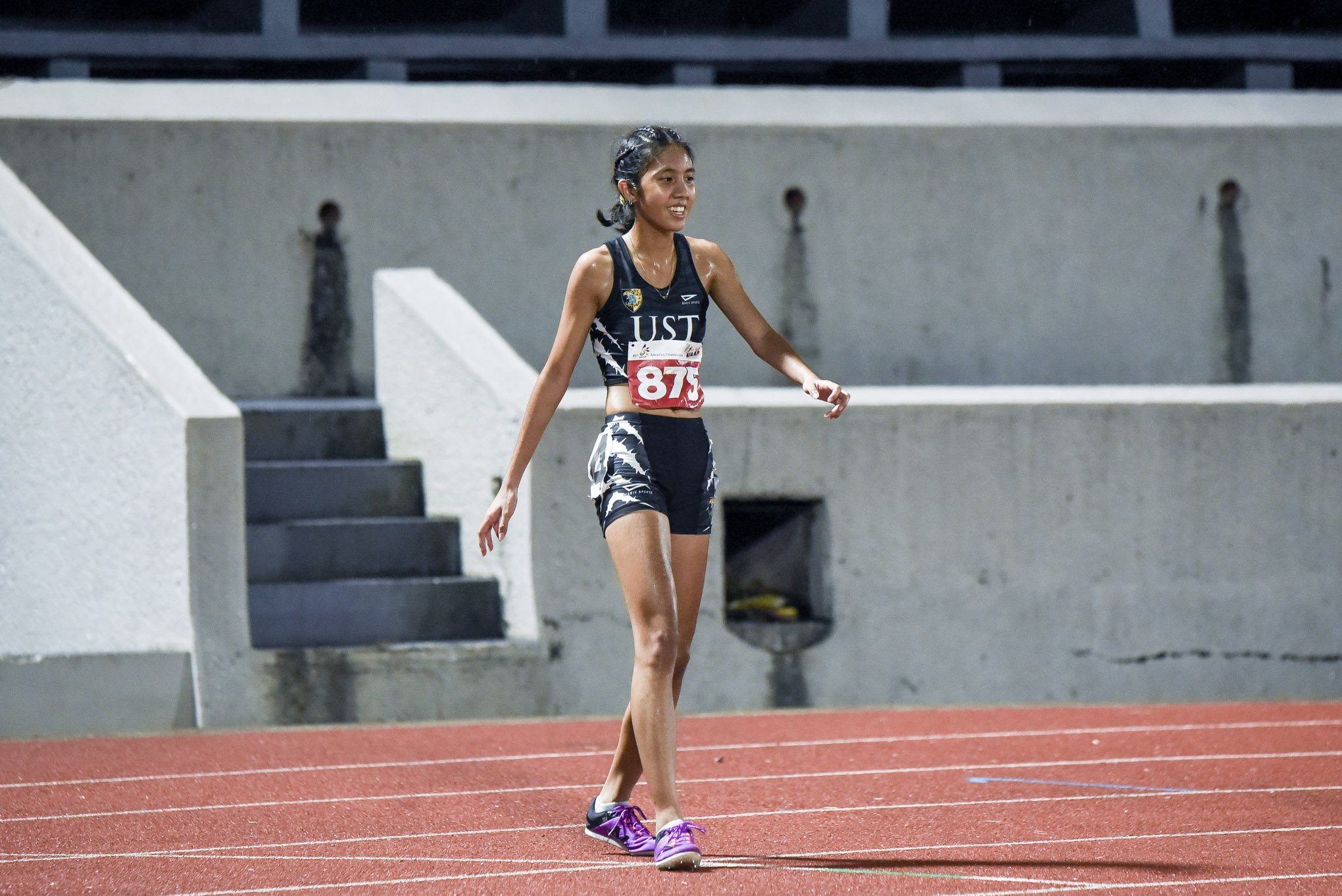 Lyka Raterta also won one for the Junior Tiger Tracksters after ruling the 3000 meters with 12:07.43.

Adamson also put in points on the board to stay in third place with 79. Juvelle Matnog won in the 200m with 26.82 seconds to help the Lady Baby Falcons’ cause.

The championships’ third day will begin with the first four events of the girls’ heptathlon on Friday. 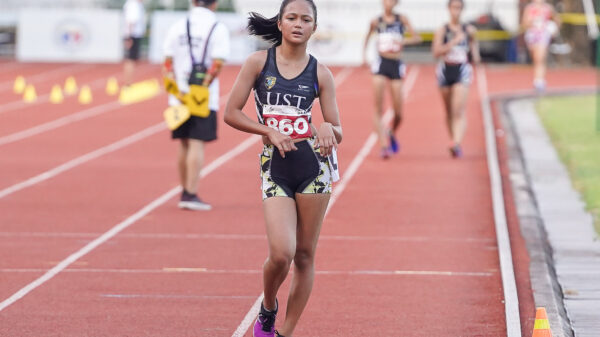 University of Santo Tomas virtually secured its first-ever Girls’ title after a dominant showing on the penultimate day of the UAAP Season 85 Athletics... 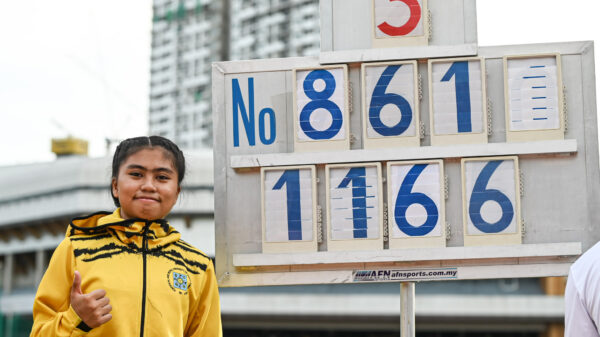 Jeanne Arnibal starred as University of Santo Tomas continued to pull away in the girls’ division of the ongoing UAAP Season 85 Athletics Championships,... 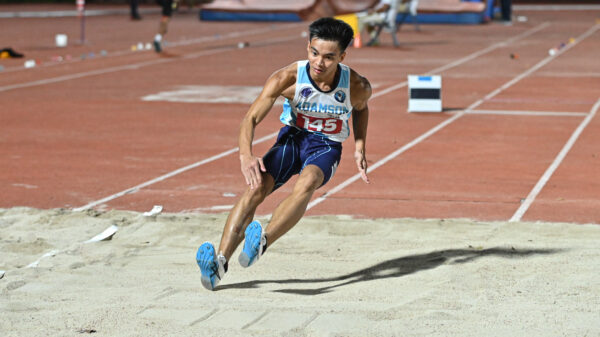